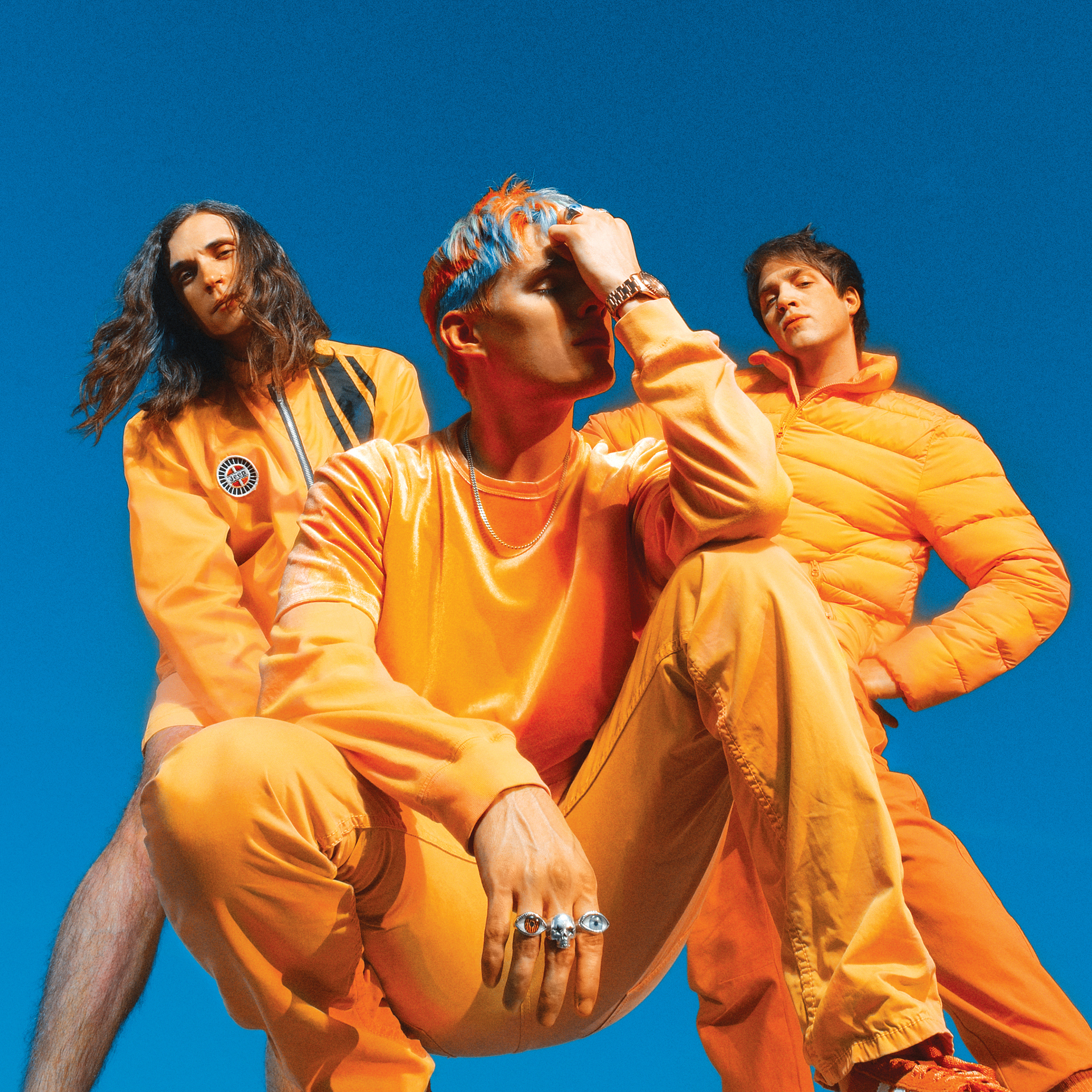 Waterparks debut a brand new single and video, ‘Just Kidding’, off of their forthcoming album, Greatest Hits, out May 21st via 300 Entertainment – WATCH HERE. The video is the latest installment of Waterparks Wednesdays – where the guys debut a new release on Wednesdays leading up to the album. ‘Just Kidding’ is a stripped down, personal track that puts Awsten’s bold vocals on display alongside a deftly-produced beat and very honest lyrics. The video, directed by Jawn Rocha & Awsten Knight, is captivating and simplistic; it will make viewers feel as if they are sitting across from Awsten, having a conversation.

“Just Kidding” is the follow up to the recently released “You’d Be Paranoid Too (If Everyone Was Out To Get You)”, “Numb” and the Daft Punk-esque “Snow Globe”. With the massively anticipated Greatest Hits album release date nearing, fans are excited for a new body of work – the band is ready too, and they are revving up for a whole new era! Last month, the guys went on virtual tour for their livestream performance – The Anti-Tour, which was a great way for the guys to connect with fans and share live music, even if they couldn’t do it in person. The band is gearing up for an upcoming performance as part of The Wiltern Livestream Series on June 4. Waterparks have also rescheduled their Europe headline tour for 2022 and have just been confirmed to play at the 2021 Slam Dunk Festivals! Waterparks are definitely back in full force and ready to share more of their brilliant music with fans.

Waterparks never sit still. The Houston trio—Awsten Knight [vocals, guitar], Otto Wood [drums], and Geoff Wigington [guitar]—manically move forward, shucking and jiving between fits of rock, alternative, and electronic with pop ambition and hip-hop’s bold and blatant disregard for the rules. As they usher in the Greatest Hits era, the band only pick up the pace. Waterparks has garnered a cult following for their animated musical stylings. 2019’s FANDOM elevated them to new critical and commercial peaks. Marking a series of career bests, it landed at #2 on the Billboard Top Alternative Albums Chart, granting their first Top 40 debut on the Billboard Top 200. KERRANG! rated it “KKKK” and MTV admitted, “We have no choice but to stan.” As the band nears 400 million cumulative streams to date, it yielded fan favorites, including ‘I Miss Having Sex But At Least I Don’t Wanna Die Anymore,’ ‘Turbulent,’ and ‘Watch What Happens Next.’