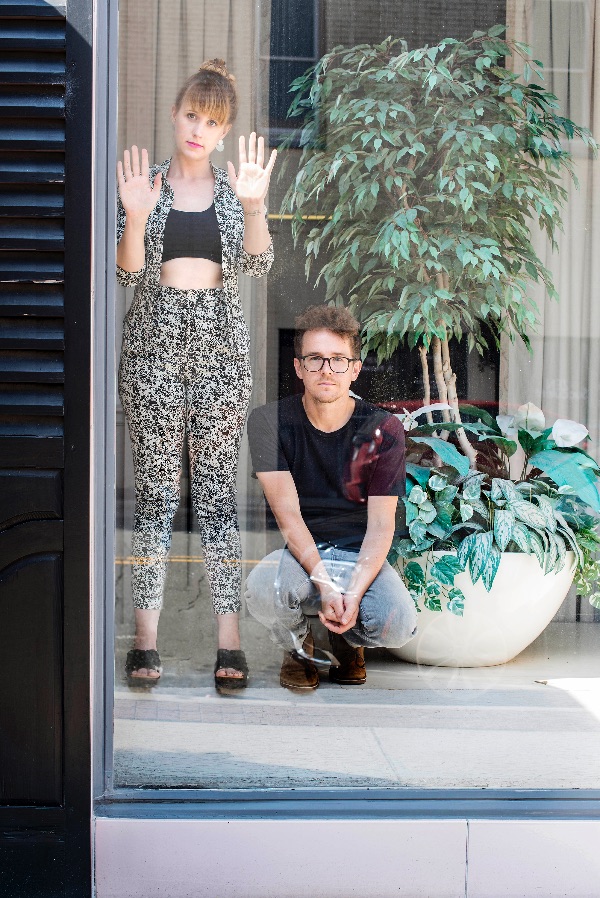 Today Wye Oak have shared a new track. The hymn-like“TNT“ is one of two new songs from the Baltimore-born, Durham-based project , with the second due to follow next month. Both tracks inspect the ways we get to understand ourselves better, even when it’s least expected.

Listen to the first single now and watch its Spencer Kelly–directed music video, rooted in Jenn Wasner’s lyrics of reflection:

Wye Oak’s Jenn Wasner commented on the track, saying: “TNT” is about the changing of the seasons, and using the passing of time as a means of reflecting on your own growth. It’s about joyfully acknowledging all of the ways in which you’ve grown while trying to accept the parts of yourself that are still stuck in patterns of repetition. And it’s about learning to see outside of the more superficial parts of your personality in order to attempt to understand the other, and reach some kind of equilibrium in spite of how different we all can be.”

Andy Stack added: “We wanted the visuals to capture the cyclical and disorienting qualities of time that come up in the song. We played with some spatial and time effects, and left the camera running on the mirrors which were fabricated by our friend Jason at Night Owl Creations.”

Embracing experimentation in how they approach their musical storytelling, Wye Oak continue to eschew the confines of an album cycle. The end of 2019 and early 2020 saw the release of “Fortune”. (which Stereogum described as “a glorious synthesis of Wye Oak’s past and present, pointing to a new way forward”), “Fear of Heights,” and “Walk Soft,” a continual flow of the amorphous creative energy the two harness, and a testament to Stack and Wasner’s ability to craft fully realised self-contained universes. Later in 2020, Wye Oak released the No Horizon EP, their collaboration with the Brooklyn Youth Chorus, which led The Paris Review to exclaim, “How wonderful it is to hear these artists at the peak of their powers, now a long-lived band but more ambitious than ever. I can’t wait for what’s next.”

Wye Oak will return on June 22 with the next single “Its Way With Me.”