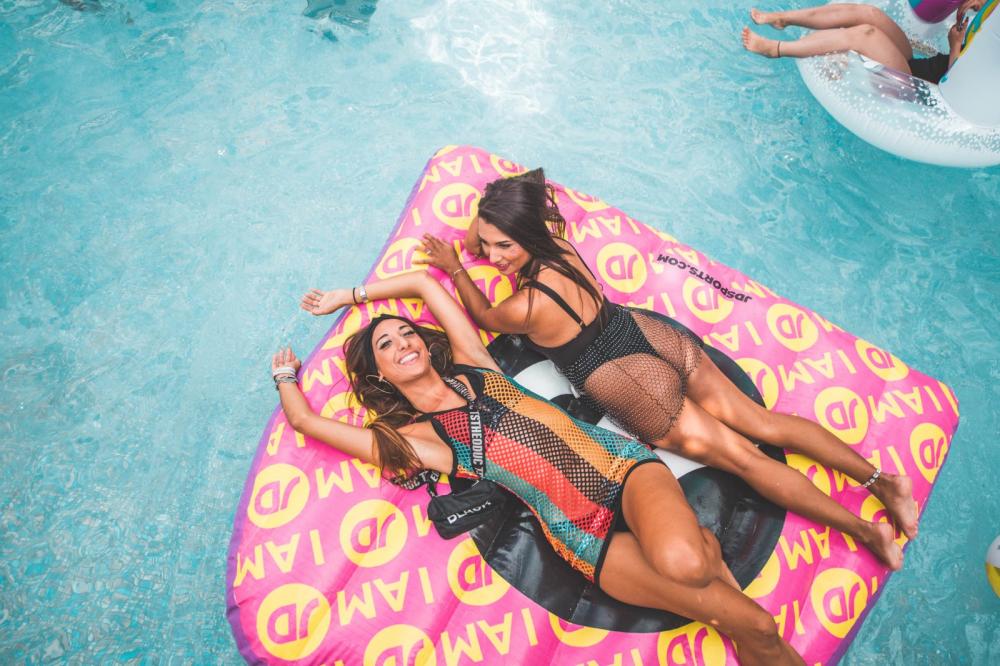 Having already announced it will open for check-in from 24th June, the iconic Ibiza Rocks Hotel has now revealed the highly anticipated summer line up for the open-air Ibiza Rocks venue at the heart of the hotel. Ibiza Rocks will welcome an exciting programme of entertainment brands and artists for its summer-long series of Poolside Sessions including debut residencies from BRIT-award nominated DJ/producers Joel Corry and Nathan Dawe, legendary club brand Garage Nation, Hip Hop party starters Applebum and a return of house music heads Cuckoo Land with a debut, 5 show residency from rising star Jess Bays.

After thoroughly stealing the spotlight and the airwaves for the past 18 months with huge hits including breakthrough track ‘Sorry’, ‘Head & Heart’ ft. MNEK and ‘BED’ w/ RAYE & David Guetta, Joel Corry truly earned every one of his three recent BRIT nominations. Aswell as being up for Single of the Year, ‘Head & Heart’ was also crowned the Biggest Dance Track Of 2020 (Official Charts Company), highlighting Joel Corry as the stand-out success story of the year in British dance music. As his well-deserved success continues to soar, it’s now officially time for Joel Corry to take on his first ever Ibiza residency on Sundays from 4th July, marking another seminal moment for 2021.

Joel Corry said:“Ibiza is my favourite place in the world to play! I have always dreamed of having a residency on the Island and I am excited to launch my first Ibiza residency at Ibiza Rocks. After missing out on last summer we have a lot of partying to make up for. Ibiza 2021 bring it on! “

Fellow BRIT-nominated DJ/producer and MTV’s Push Artist for 2021 Nathan Dawe broke through with his own fresh twist on a UK Garage classic with his record ‘Flowers’ ft. Birmingham rapper Jaykae. Since then Nathan has fast become one of the UK’s most talked-about new dance acts. ‘Flowers’ was followed by the anthemic, platinum-selling ‘Lighter’ ft. KSI last summer; one of the biggest singles of 2020 – a sentiment compounded by its nomination for Best British Single at the recent BRIT Awards. ‘No Time For Tears’ featuring Little Mix landed Nathan’s his third UK Top 20 earlier this year – a collaboration that cemented his reputation as a producer with the world at his feet, before teaming up with Anne-Marie and MoStack on latest single, ‘Way Too Long’. Thankfully not too long to wait for Nathan Dawe to take over Thursdays at Ibiza Rocks this summer from 1st July.

Nathan Dawe said: “Having a residency at Ibiza Rocks has always been a dream of mine. We’ve all missed live music so much so to be able to come back every week to Ibiza is such an amazing feeling. I can’t wait to get back to playing a set full of House, Bass, Hip Hop and R&B. As well as, playing out all my original hits from the last 12 months which I haven’t had an opportunity to perform until now!”

From residencies on the line-up from the freshest DJ/Producers on the scene to the pioneers of all things UKG – Garage Nation are returning to Ibiza Rocks this summer on Mondays. Bringing the sound of the underground to clubs and festival stages across the world since the early noughties Garage Nation unite huge line-ups of the best UKG DJs and MC’s, the biggest garage classics, and are guaranteed to bring plenty of old skool vibes and energy to the home of the pool party.

Adding to the party calendar and taking over all things poolside at Ibiza Rocks on Saturdays from 3rd July is Applebum, bringing back Ibiza’s biggest and best Hip Hop & RnB poolside party. From Kanye to Kendrick, Biggie to Busta, the much-loved UK club brand covers the full spectrum from throwback to new school sounds, providing the best sun-soaked soundtrack for laid back and blissed-out Balearic days.

Cuckoo Land has been one of Island’s favourite parties for free-spirited people, bringing together the best in house, techno and deep disco for sun-fuelled, poolside sessions for 5 years. Bursting with colour and personality and bringing the deep sounds of the nightclub out into the beautiful daytime open-air, Cuckoo Land will take command every Friday from 2nd July. Making her Cuckoo Land debut for 5 headline shows is breakout artist Jess Bays – another powerhouse of the past 12 months in dance music. Jess’s sound has given a whole new narrative to a new generation of deeper house music and the perfect home awaits her passion, skills and soundtrack.

Hyped for the residency Jess Bays said:“I am so excited to join the Cuckoo Land family this summer for their residency at the legendary Ibiza Rocks! It’s going to feel SO special to finally return to the island again!”

Andy McKay, Founder & CEO, Ibiza Rocks Group commented: “It’s been such a tough time for travel and tourism and generally for everyone the world over regardless of their industry. Whilst we all crave and await certainty, we must retain confidence and people need a break! We want to lift spirits, provide customers with the ability to ‘book with confidence’ knowing they can get their money back should their plans change and give them something solid to look forward to when Ibiza gets the green light for approved International travel from the UK Government. Last year we were proudly awarded the Safe Tourism award for achieving the highest level of protection and protocols against Covid-19 and we successfully transformed and operated our hotel and events extremely safely and responsibly. We’re committed to getting back to what we do best with our daily Poolside Sessions running July through September – to give talent the opportunity to get out and perform again, to give our audience the chance to feel the heat of the sun on their skin and enjoy the beat of the poolside soundtrack with their friends. It’s time now, for us all, and we are ready, committed and confident in the green light coming soon from the UK.”

Booking direct with Ibiza Rocks means booking at the best prices and with confidence. Customers can book now and cancel FREE of charge within 72 hours before arrival. Full terms and conditions and more information at www.ibizarocks.com