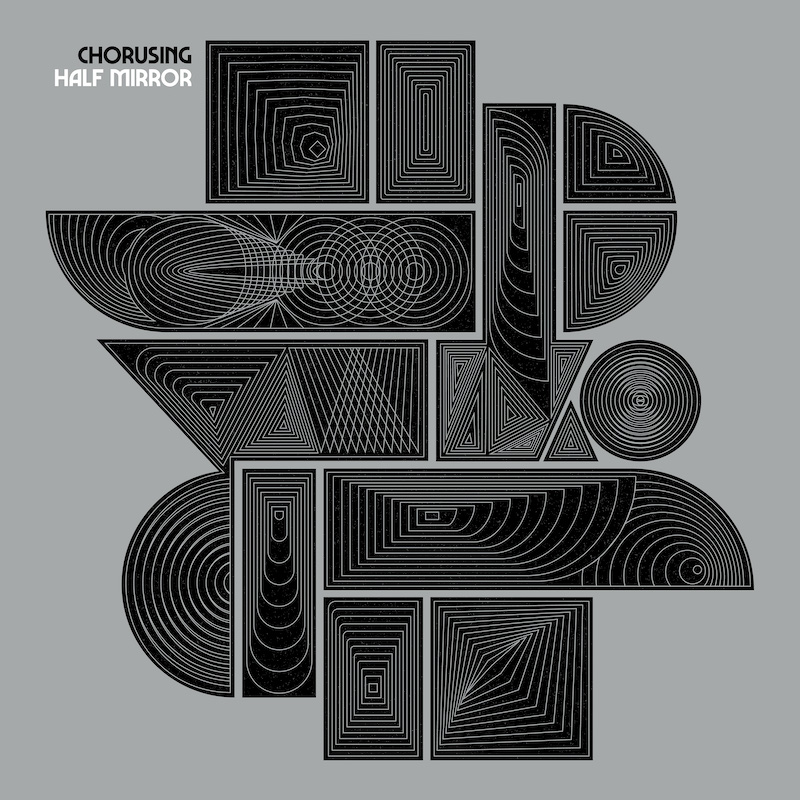 Chorusing—the creative moniker of Raleigh, NC-based songwriter/producer Matthew O’Connell—today announced his debut album Half Mirror will be released on August 13th, 2021, via Western Vinyl. He has also shared the hypnotic, ambient lead single “Watching The Beams” alongside a video, directed by Rob Howerton.

“‘Watching the Beams’ is the only track on the record that came together almost immediately—all written and recorded over the course of a day,” explains O’Connell. “I set up an arpeggiator on the Moog and then mixed it live with a drum machine and a fuzz pedal. The vocals have a reverse delay on them that lets each distorted lyric sort of slowly bloom. All these elements together made me think of traveling through a subway tunnel—sounds passing in and out of focus, lights flashing through the windows, the noise of the tracks.”

Listen to “Watching The Beams” via other streaming services here: https://smarturl.it/kfkzwm

On Half Mirror, O’Connell superimposes warm analog synths onto self-described “confessional folk” with a simultaneously cosmic and earthly outcome. Tracked at home in the mountains of North Carolina using a vintage tape delay, electric guitar, and a homemade synthesizer he named ‘Balsam,’ the album is at once a lonesome push-pull of electronics humanized by folk elements, and folk music made alien by electronic adornments. O’Connell’s own story is just as captivatingly segmented, and he crafted the personal, cathartic, and at times confessional Half Mirror over the course of a decade.

While the album directly reflects back on memories and experiences from O’Connell’s 20s, Half Mirror is also steeped in earlier formative years. There are elements mined from his Indiana childhood spent obsessively practicing metal drumming and recording on 4-tracks with his brothers Joe (of Elephant Micah, on whose recent album Vague Tidings Matthew also played) and Greg; years playing in Louisville, KY, punk and hardcore bands, when he also first began writing songs (some of which are included on Half Mirror); and time studying math at an intensive college program in Hungary, where he continued writing song fragments and fiddling with musical electronics at the Kitchen Budapest—a collective of artists, theorists, and coders.

In 2011, O’Connell’s interest in electronics and engineering led him to Asheville, NC, where he worked for Moog Music calibrating and building synthesizers, and testing vintage analog delay chips by day. At night he would spend his time building homemade synths and writing songs. It was here that he began the bulk of the work on Half Mirror, imbuing his music with the qualities of his environment almost by necessity. O’Connell made a deliberate effort to keep the album’s production sparse and with a sense of restraint, citing albums by artists including Tricky, Songs: Ohia, Mark Hollis, Arthur Russell, and John Martyn as inspirations. This skillful incorporation of influences evokes the same sense of balance and natural grace O’Connell may have gleaned in his physics and math studies; in fact, Half Mirror’s cover bears a visual translation of its songs’ waveforms.