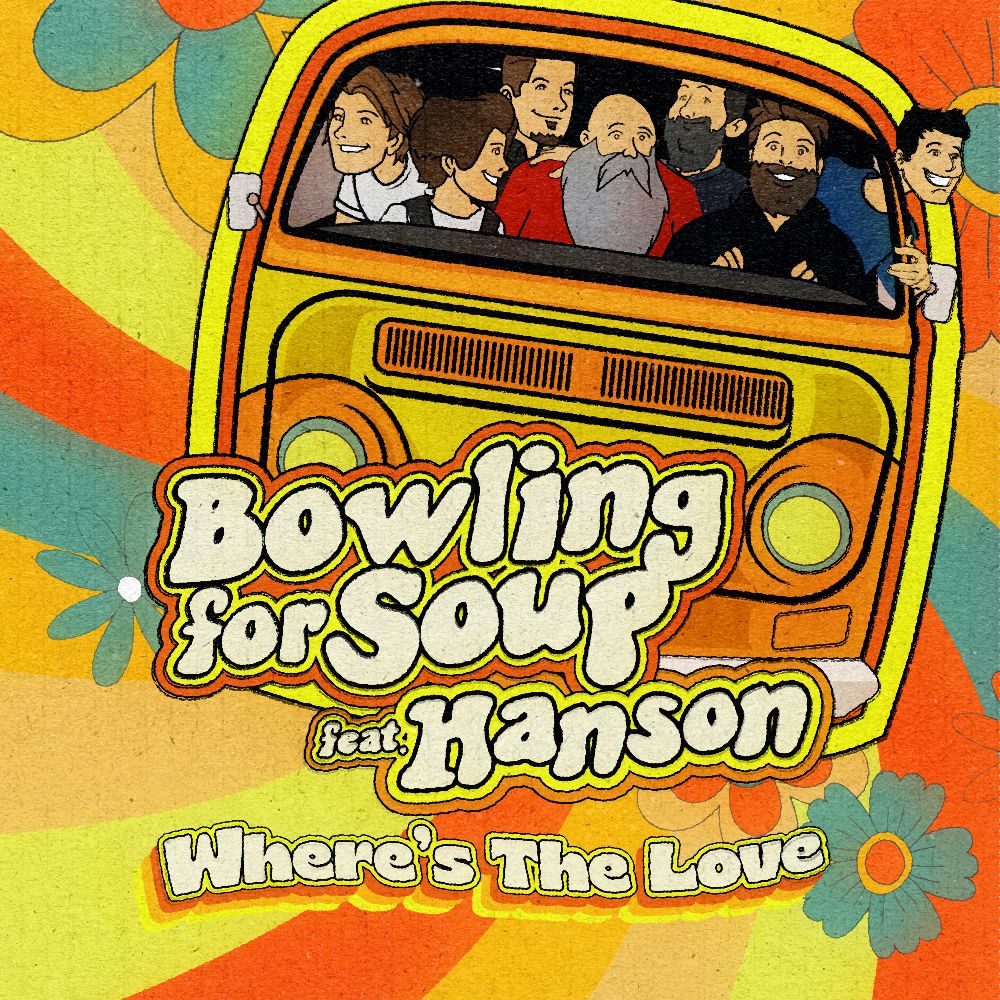 Kicking off in 2019 to celebrate their 25th anniversary, Bowling For Soup embarked on releasing a series of stunning cover songs. The band had so much fun covering artists like Social Distortion, The Eagles, and even Kanye West that they are still putting out new covers when time allows, and this may just be the best one yet.

The music video for the BFS / Hanson version of Where’s The Love pays homage to cartoon favourites Scooby Doo. Bowling For Soup in their own Mystery Machine? You got it! Check out the video below:

To explain how this awesome cover came about, we hand you over to Mr Jaret Reddick:

“Taylor Hanson and I have been friends for a long while. So when when Chris threw the idea of “Where’s The Love” into our “cover songs to record” mix, I thought, “Never hurts to ask!” Those guys stay BUSY! The idea was for Taylor to sing the bridge. You can imagine our surprised when he sent it back with himself, Isaac and Zac all singing on the song! And WAY above and beyond what we had asked.

Our voices sound so cool together, and hearing them sing over the huge guitars is freakin amazing! I have high hopes for this one!”

Bowling For Soup returned to the world of live shows this past weekend in Texas, playing their first full band, full capacity crowd gig since the beginning of the COVID-19 pandemic. They recently extended their rescheduled UK tour, taking place in April 2022, to include three huge new shows, and even gave the tour a new name. Support on the Crowdsurf The UK tour comes will come from alt-rockers Lit and bubblegum punk specialists The Dollyrots. Longtime friend of BFS, podcast host and presenter Matt Stocks has also joined the line up, serving as host and DJ for the tour.

The full list of shows is as follows:
Bowling For Soup Crowdsurf The UK – April 2022 Tour Dates

Tickets for all shows are on sale now from AEG – https://www.aegpresents.co.uk/events/detail/bowling-for-soup-3.

All existing tickets for the original dates rescheduled from 2021 will be valid. If you cannot make the rescheduled dates, please contact your ticket provider. VIP tickets offering a selection of extra Bowling For Soup experiences and merch are also available (Full details of the VIP experience will be confirmed nearer the time subject to world events).

The announcement of the new shows comes hot off the back of the success of Bowling For Soup’s brand new single Getting Old Sucks (But Everybody’s Doing It). The track has achieved hundreds of thousands of views and streams since its release two weeks ago and has already been hailed as one of their best songs of the last fifteen years.

The video for Getting Old Sucks sees Jaret, Gary, Chris and Rob adjust to the challenges of getting older – in a manner of speaking – while still rocking out in time honoured, tongue-in-cheek Bowling For Soup style.