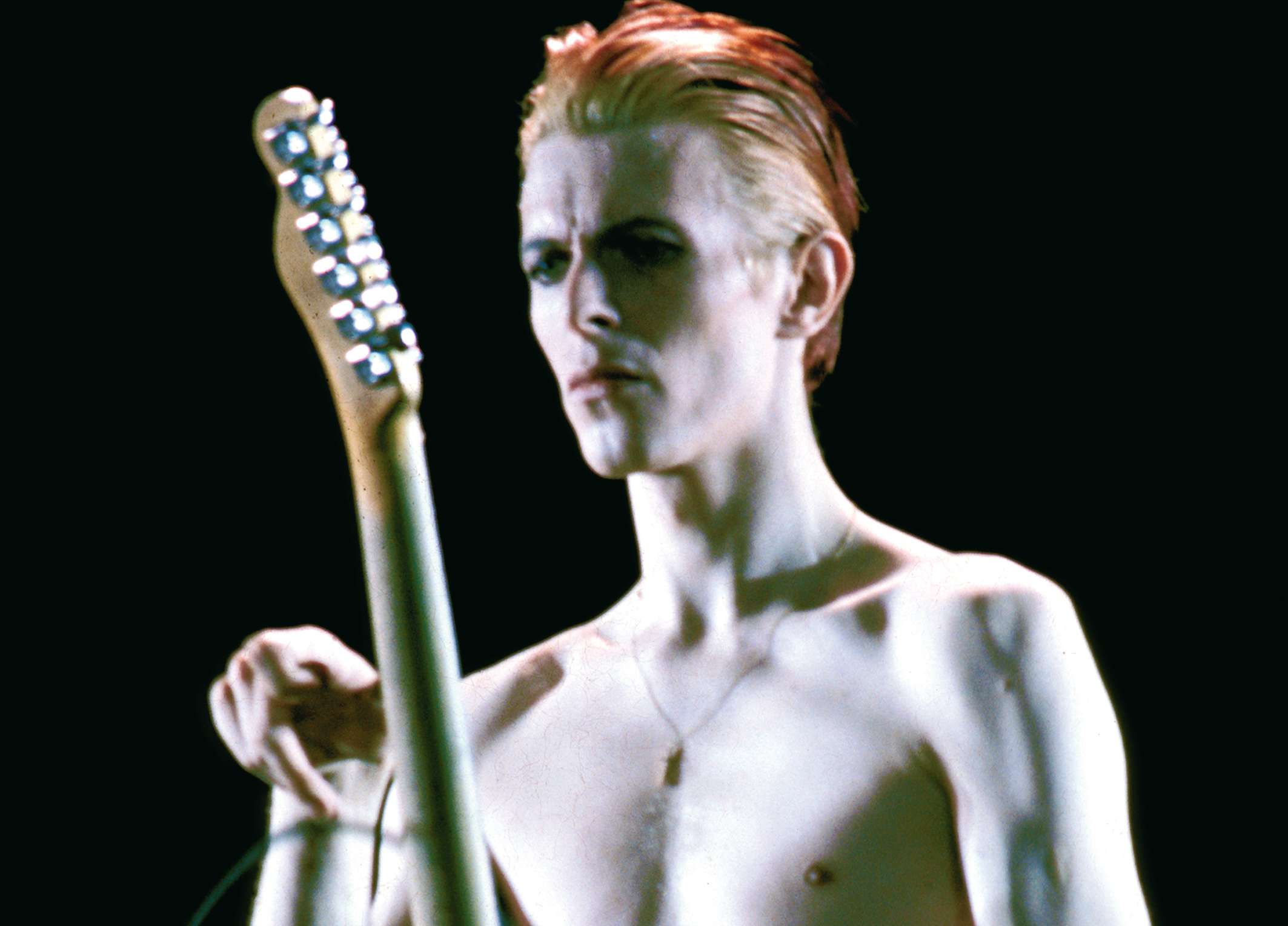 Liverpool, UK will host the David Bowie World Fan Convention, taking place across multiple venues in the city between Fri 17 – Sun 19 June 2022. Some of the highest-profile collaborators and friends of the immeasurably influential, yet private musician are already confirmed to attend.

Flying in to meet fans and bring them closer to the truth behind the legend are guitarist and band leader for over 20 years, Carlos Alomar and long-standing bassist/vocalist, Gail Ann Dorsey, amongst the first, confirmed guests set to open the studio door and let fans in. An unmissable experience for anyone keen to know more about what it was really like to co-create many of Bowie’s timeless, world-changing singles and albums. The last surviving member of Bowie’s iconic Spiders From Mars, drummer, Woody Woodmansey is also confirmed to attend and meet fans.

Organised by the David Bowie Glamour fanzine and Liverpool music festival producers, Sound City, the ambitious, inaugural global convention is purposely timed to take place on the 50th Anniversary of one of Bowie’s greatest albums, 1972’s The Rise and Fall of Ziggy Stardust and the Spiders from Mars. At the event’s heart is a glamourous Bowie Ball, encouraging ticket holders to spare no modesty or make-up and bring their favourite era of Bowie to Liverpool’s Saturday night streets.

Vocalist Robin Clark, noted for her contributions to 1975’s Young Americans, and late-career contributor, Donny McCaslin, who experienced Bowie’s intense, creative burst in his final years first hand while playing saxophone on his final album, Blackstar, bring further, distinct personal and professional perspectives to the convention. More guests from Bowie’s five-decade recording and live career are to be announced between now and the convention weekend.

Carlos Alomar, married to Robin Clark since 1970, said of their first, ever visit to Liverpool: “It’s been quite an odyssey, from Ziggy to Blackstar. We have shared much with our fans and now we find ourselves able to say thanks and answer all the unanswered questions to get a glimpse of the lives we have led. We are honoured to represent and celebrate the life and times of our beloved David with you all. So, let’s rejoice together.”

Gail Ann Dorsey adds: “I very much appreciate being invited to take part in this event to share some thoughts and memories of my incredible experience working with one of the greatest artists of our time, David Bowie.”  While Donny McCaslin says:“I look forward to being part of an event that appreciates and celebrates the depth and scope of David’s artistic vision”

Bowie’s image and imagery are as famous as his songs and some of those responsible for converting his visions into photographs and artwork are also represented. Perhaps the most famous Bowie photograph of all time, the ‘lighting bolt’ Aladdin Sane cover, was taken by renowned fashion and music photographer, Brian Duffy and the convention will welcome The Duffy Archive to the convention’s exclusive exhibition and market place, where limited edition prints, memorabilia and rare releases will be on sale.

Also present are the official photographer for David and Iman’s wedding, Brian Aris, who also captured the sharp-suited Bowie of the 80s and 90s. Official photographer on the Serious Moonlight and Glass SpiderTour, Denis O’Regan will be exhibiting shots that cover his extensive experience as part of the star’s travelling contingent and Philippe Auliac, who photographed Bowie for three decades from his first shots in 1976,  and provides the iconic, bare-chested shot for the event’s promotional materials, will also attend to share his memories and exhibit his notable images. Arsalan Mohammed also brings the revered Albumtoalbum: The David Bowie Albums Podcast to the event, providing essential live listening for Bowie fans of all stripes.

Denis O’Regan promises the unexpected from the event, saying:“I’m excited to be setting up shop amongst the Bowie faithful at the 2022 David Bowie World Fan Convention and giving so many fans and collectors the chance to see my wares. There will be surprises!” with Brian Aris also saying: “I was thrilled to be asked to exhibit some of my images at the Bowie fan convention in 2022. Look out for my Aris Prints stand showing some of the rare photographs of this great artist taken over the twenty years we worked together.”

Perhaps most poignant for fans will be the presence of designer, Jonathan Barnbrook, who worked with Bowie from 2002’s Heathen album to his final years, including the surprise release of The Next Day in 2013 and Blackstar in 2016. The last album found Barnbrook alongside Bowie as he communicated his farewells in both his music and a distinct visual language.

Ahead of the convention, Barnbrook says:“Bowie for me was the opposite of what you think it would be like working with a popstar – he was fun and self-effacing, treated you as an equal and had that rare quality of getting the best out of you in a positive way. In fact, when I look back, I think about the jokes we shared and the laughter as much as the serious, difficult task to create album covers that were thought-provoking and defied people’s expectations.”

Also taking on the role of event compere, Pegg says: “I’m delighted and honoured to be hosting this event. In the year that will mark the 50th anniversary of Ziggy Stardust and the 75th birthday of the great man himself, what better time could there be for us to come together and celebrate the legacy of David Bowie?”

Kevin Cann says of the first event of its kind: “I am delighted to be invited to attend the first joint David Bowie Glamour Fanzine and Sound City David Bowie World Fans Convention. I look forward to meeting friends both old and new at this special event. See you there!”

Dave Pichilingi of Sound City adds:“There will only ever be one David Bowie and we all still feel the gap left by his presence in the world of music and wider popular culture. His status is confirmed, not only by his incredible back catalogue, but by the fact we still find so much to find out and say about him. It’s a story that goes on, not only through his work, but the mark he left on the people he encountered along the way. We’re delighted to have so many of those people with us next June.”

The David Bowie World Fan Convention brings David Bowie’s story back to Liverpool, a city which the artist played numerous times at different stages of his career, starting on Sat 8 April 1967 with The Riot Squad, performing on board the famous Royal Iris, a ferry that ran regular music cruises up the River Mersey. Bowie’s last appearance in Liverpool was on Sat 2 Aug 1997, with the arena-filling icon performing for a relatively intimate crowd of 2,000 people at the Royal Court Theatre.

For the most up-to-date information on the first, ever David Bowie World Fan Convention visit, sign up for updates and follow the event online at: