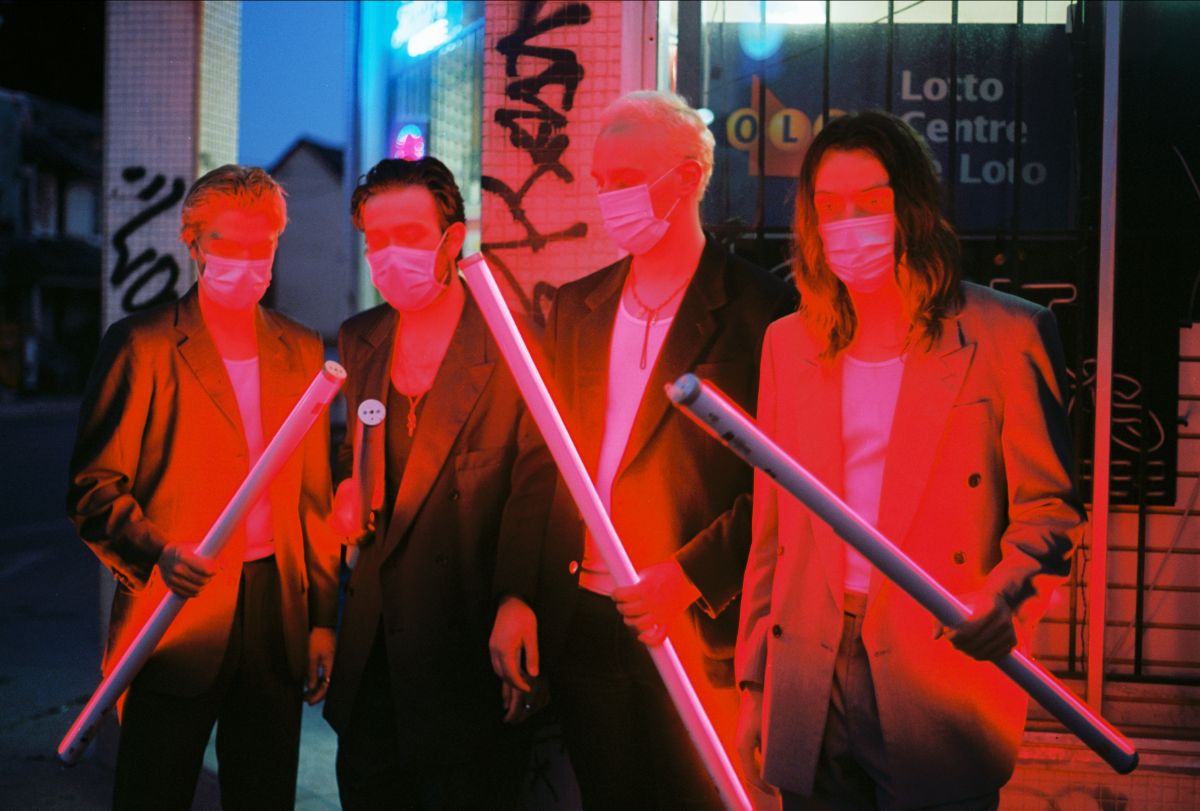 Toronto four-piece Goodbye Honolulu have announced their self-titled debut album will be released 01 October via Stray Dog Records. The announcement comes with the release of a brand new single ‘Over and Over’, a track with a strong 70’s disco undercurrent weaving into the band’s garage rock sensibilities.

Vocalist, guitarist and organist Fox Martindale explains “Over and Over is about the daily repetitiveness of a monogamous relationship and the ever growing numbness to things that once made one jealous. I initially wrote this song as a disco track on an acoustic guitar. Once we brought it into the studio it flourished into this lush, sexy, yet melancholic tune. Stepping out of our comfort zone with this very different vibe – we knew we had created something pretty special that day.”

Goodbye Honolulu are an extremely multi-faceted outfit and the diversity of sound on their debut album comes from a truly collaborative writing process. Goodbye Honolulu don’t have one frontman, Goodbye Honolulu have four individual songwriters and three frontmen who each bring a different quality and sound to the band. Combining their passion for 60’s garage rock, 80’s new wave, punk & electronic music, Goodbye Honolulu have created a collection of songs that never stick to one sound.

During the recording process the band dealt with many weird happenings, which is no surprise as the record was recorded in an abandoned movie theatre turned recording studio in the east end of Toronto, where the band lived and recorded for 11 days. A visit by the spirit of a woman and a dog during one of their overnight stays inspired both the album’s choice of cover art as well as many songs and lyrics on the record.