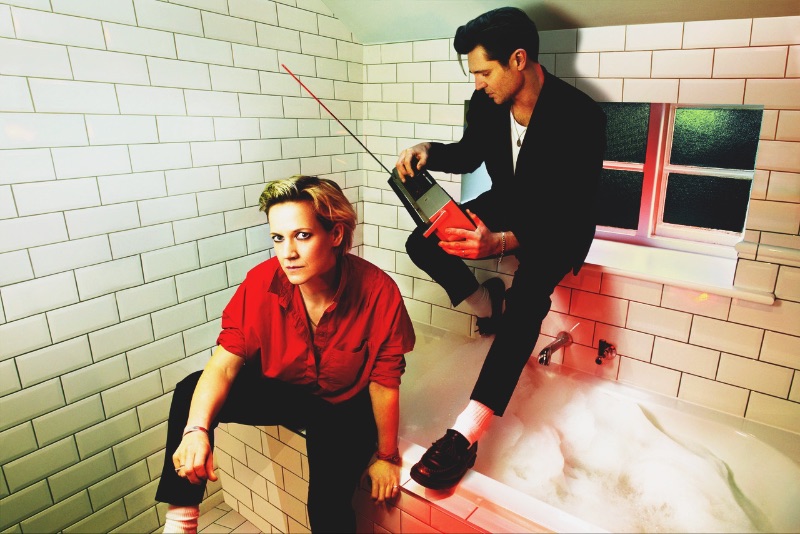 Manchester/London due Oh Baby will release their new album ‘Hey Genius’ on July 23rd via Burning Witches Records and today they’re sharing new single “L.I.A.R.“. The band have also announced they will play a London show at The Lexington on July 23rd to coincide with the album release.

On the new single, the band said “‘L.I.A.R.’ was the last track we wrote for the Ep. It’s as near as we come to an electronic power ballad and comes from the point of view of falling for someone who doesn’t actually believe in, or refuses to believe in, love. We wanted it to soundtrack the moment of resignation to the fact that nothing is going to change, and as the end credits begin to roll, the realisation that certain matters of the heart will always be out of your control.”

Oh Baby met via a chance meeting at a family members funeral. Made up of distant cousins Rick Hornby & Jen Devereux, the pari’s new record Hey Genius carries on from Oh Baby‘s last record, The Art Of Sleeping Alone almost like the flip side of an album, it has that kind of geography to it.