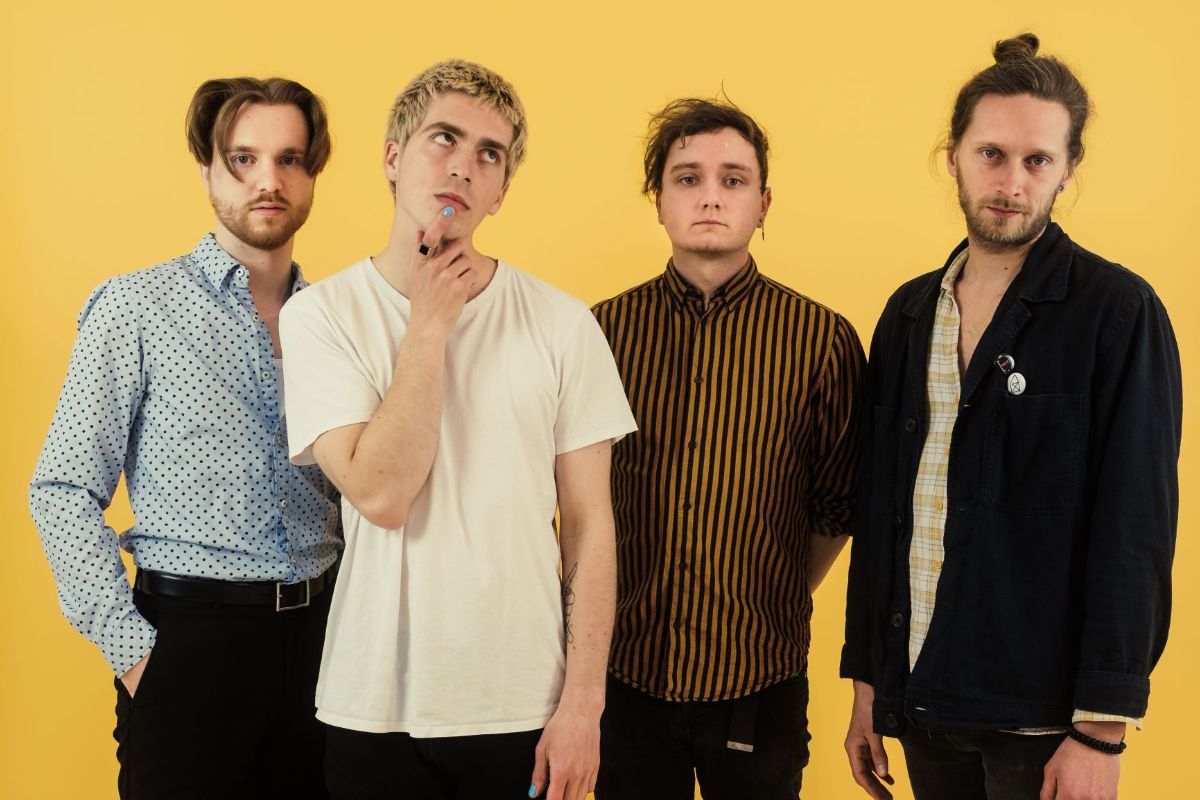 “‘Apartment’ is a muse on love and loss,” says singer Marius. “In the summer of 2019, I lived on the same street as my girlfriend. Every time I left my house, I could see the yellow curtain that hung in front of her window. It was kind of a constant that stabilized my life. At the end of summer, my girlfriend moved to the other end of the world and the curtain disappeared with her – and much worse, it was replaced by a blue one. The constant was replaced by a daily reminder that she was gone and I was alone,” he adds.

Hailing from the heart of rural Westphalia Germany, KID DAD lace their anthemic alternative sound with cutting edge indie-undertones, melding angular guitars and succinct beats with a widescreen yearning. Having formed in early 2016, the band have been busy honing their craft across Europe and the UK.

In 2020, KID DAD released their debut album ‘In A Box’, a project that inevitably was delayed and hampered by COVID 19. Taking time to regroup and rethink, their plans coalesced towards a new EP with lead single ‘Apartment’ showing a gigantic leap in the scope of their sound.

‘Apartment’ was recorded at Soundwerkstatt, Berlin, produced by Joschka Bender and mixed and mastered by Joe Joaquin. KID DAD have two UK tours lined up for 2022 (TBA) and have previously supported the likes of Marmozets, Fatherson, Taking Back Sunday and And So I Watch You From Afar.