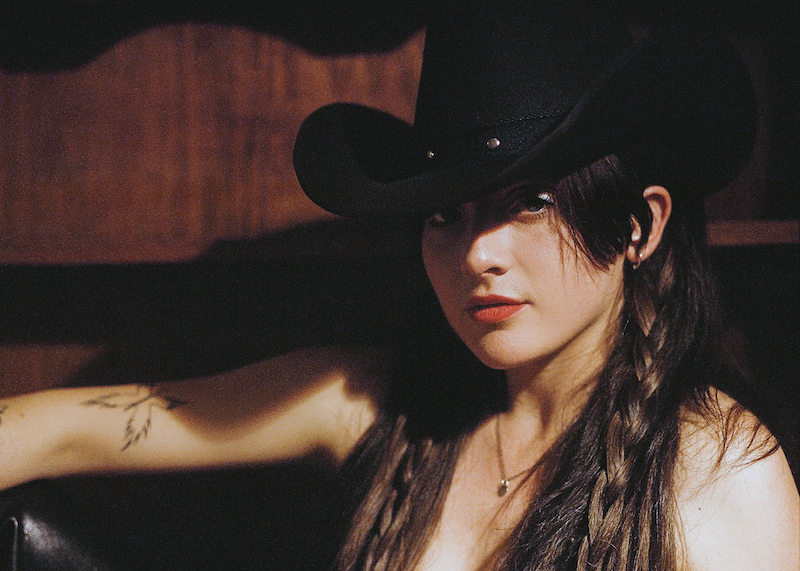 Sub Pop has signed Bria, the intimate and incisive labour of love from multi-instrumentalists Bria Salmena and Duncan Hay Jennings. Bria has recorded Cuntry Covers Vol. 1,1, a six-song EP that will be available digitally on September 24th, and on CD, cassette, and vinyl December 10th worldwide from Sub Pop.

You can now watch the official video for their lead single, “Green Rocky Road,” which was co-directed by Andrew Matthews & Maitland Austin-Olsen. Bria had this to say about the video, “We wanted the video for “Green Rocky Road” to act as an homage to the concept of Cuntry Covers — a small window into the world in which it was created, highlighting the collaborative nature of the project and the friendships behind it.”

Catapulted by a deep sense of dread and confusion in the depths of 2020, Salmena decided to forgo writing her own music. “I wanted to listen for what might reflect my life back to me,” she says, “six tracks that could be my mirror.” The result is a pointillistic knockout of an EP that weaves a landscape both luscious and a little rogue; showing us exactly what good songs can do.

Cuntry Covers Vol. 1  is now available for preorder on CD/LP/CS/DSPs from Sub Pop. Preorders of the LP from megamart.subpop.com, select independent retailers in North America and in the U.K, and in Europe will receive an Opaque Breeze Blue LP.