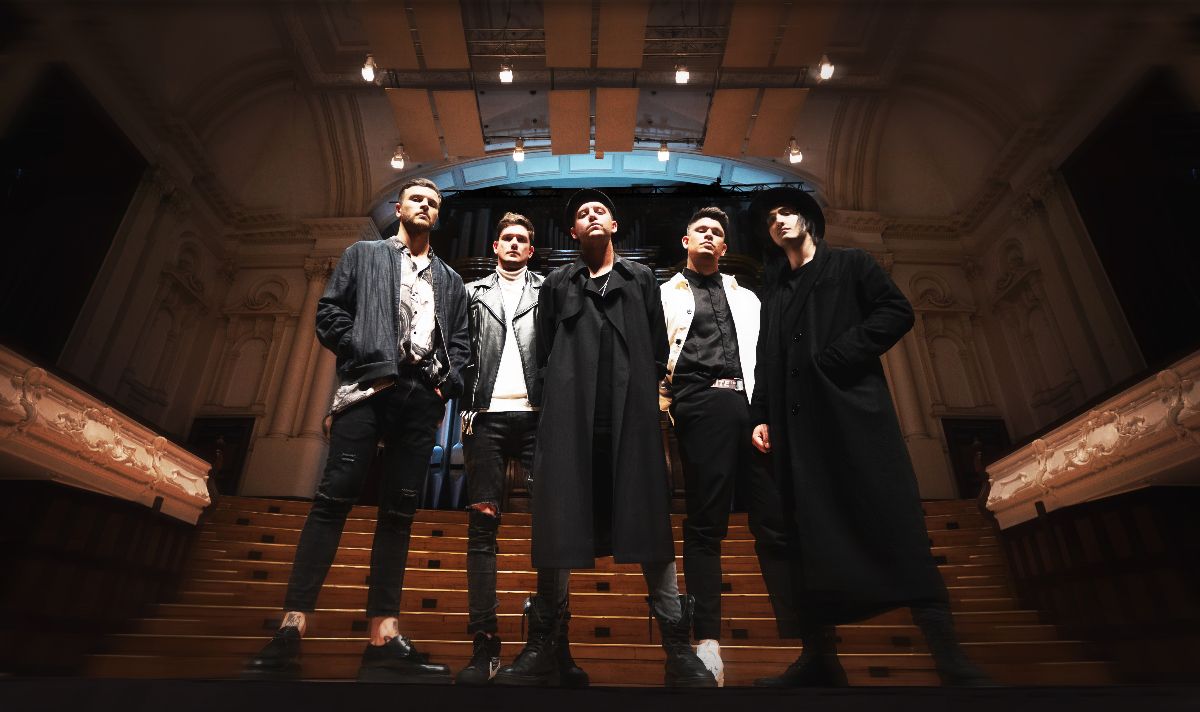 New Zealand’s highest streaming rock band, WRITTEN BY WOLVES, have recruited Trenton Woodley of Hands Like Houses for a reimagined version of track ‘Better Luck Next Time’ and a corresponding cinematic music video.

The new single takes a tongue-in-cheek look at one of the only inevitable facts of life: no matter what we do, no one gets out alive. Woodley not only contributed vocals, but also co-produced/mixed the track and starred in the music video directed by Written By Wolves guitarist, Bahador Borhani.

‘Better Luck Next Time’ is the second single from Written By Wolves’ upcoming EP, ‘The Collab Project’, out on 17th September (self-release). The 5-track EP is a collection of re-imagined collaborations of tracks from their debut album Secrets, released in late 2019. In addition to Woodley, Kellin Quinn (Sleeping With Sirens), Sonny Sandoval (P.O.D.), and others have collaborated on tracks for the EP.

Written By Wolves vocalist Michael Murphy says, “The Collab Project is an on-going initiative to try and spread awareness, and to remind our fans and our followers, that no matter what they are going through, no matter what mental health struggles or demons they are going through right now, they don’t have to do it alone and they don’t have to deal with it on their own.” He adds, “The aim is to help normalise talking about our mental health issues and to help to breakdown the stigma attached to mental health.” Watch the band’s video explanation of The Collab Project here.