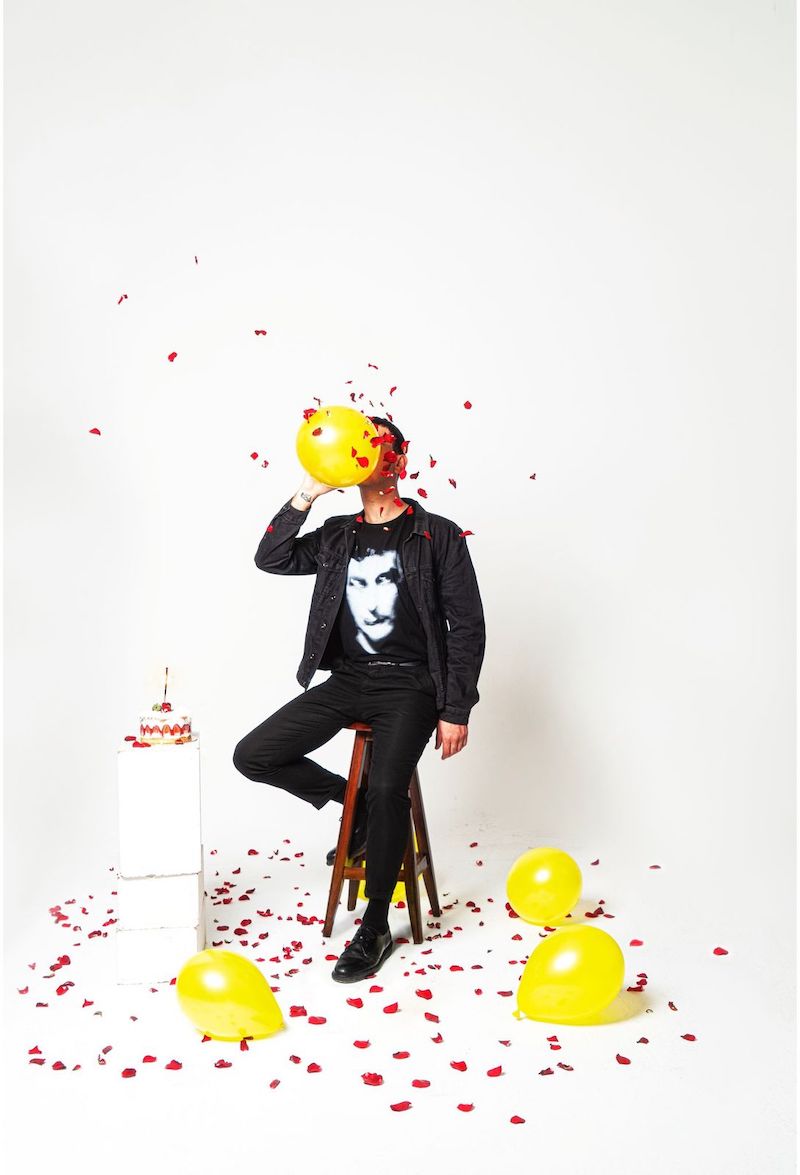 Istanbul-based synth-wave band Jakuzi are sharing their first new music in two years with their new EP ‘Açık Bir Yara‘, which is out today via City Slang.

Speaking about the lead single “Hiç Işık Yok” from the record, Jakuzi vocalist Kutay Soyocak said “We made a song that has a gothic and futureless mood and named it ‘Hiç Işık Yok’ after the lyrics were written. At that time we met with Maurizio Baggio, who works with projects we follow such as Boy Harsher and Soft Moon. We decided to work with him as the songs producer and wanted to make an Italo disco song with a sampling aesthetic and percussion predominance. The song turned into a dance song with Maurizio which made a nice contrast.”

Istanbul synth-wave vanguards Jakuzi turned heads in 2017 with the release of their debut album ‘Fantezi Müzik’ which showcased their modern Turkish underground music to the world. This record saw the band go against what you would stereotypically expect from a male-fronted band out of Istanbul – Turkish music is not necessarily known for being a genre where men are introspective – but Jakuzi’s gothic sensibility addressed the personal psychological issues they were facing. This was then followed by their album ‘Hata Payı’, which came out in 2019 and dealt with tops of acceptance, acceptance of every gender, every race, ever sexuality and also about acceptance of yourself and dealing with the demons that come with being alive in the modern day.

Written before the pandemic, Jakuzi want to use their new EP as a way to address the global shift in needs as well as the change in our own personal emotional priorities and our efforts to reconsider life, which have all really come to light during the past 18 months.

Expanding on this Kutay said “We waited to release these songs since we couldn’t predict what the future would be in the pandemic period. Then, we realised how coincidentally two pre-written songs fit our current mood. We wanted to publish our productions because we believe that they are the milestones of the periods in our lives. Before the third album, we wanted it to be a reminder that reflects this period.

The cover work was also shaped by similar feelings. Artwork by Mertcan Mertbilek, known for his animation music clips and the ”Palmiyeler” band, was inspired by our changing world’s needs.”

Their new EP “Açık Bir Yara” is made up of two tracks, the first “Açık Bir Yara” was produced by Kutay Soyocak of Jakuzi and Kerem Brumend and introduces a much colder and yet more danceable side Jakuzi while the second, “Hiç Işık Yok”, was produced by Kutay Soyocak and Maurizio Baggio, who has previously worked with Boy Harsher, EMA, The Soft Moon & Merchandise. Both preview a little glimpse of what is next for Jakuzi.