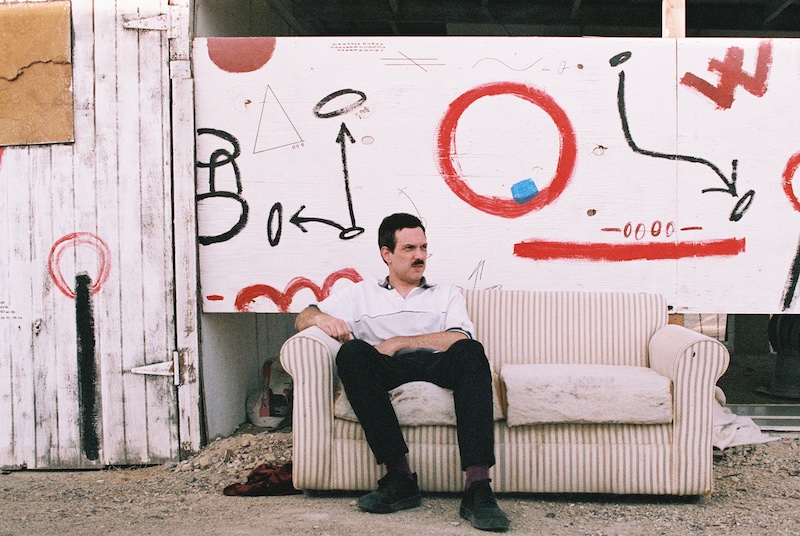 After recently announcing his new album ‘Fast Idol’ is due Oct 22nd via Sacred Bones Records, Brooklyn based artist Black Marble, aka Chris Stewart, is sharing his new single “Ceiling” with a lyric video edited by Alana-Marie French.

Chris Stewart shares: “‘Ceiling’ is about the persistence of memory and the fear of starting to lose the plot on what’s happening. When you talk to people these days, there’s a pervasive sense that we’ve lost a sense of shared reality and yet you never hear anyone indict themselves as being responsible. So this song just deals with the paranoia of thinking like, ok, what if it’s not them it’s me? Or what if it’s not me now, but inevitably it one day will be? And does it matter? ‘In silence for the words we leave behind’ is about holding onto meaning, but not any one idea, just the hope that it persists. It’s a recitation to ward off the thought that we’ll return in another time and be unable to understand the plights of the day, or parse any of the ambiguity that exists between people.”

“Ceiling” follows the July announcement of Fast Idol which came with the release of lead single “Somewhere,” accompanied by a wondrous, uplifting video directed by Theo Sixou, along with the confirmation of live dates to kick-off this October just after the album’s release in the UK, followed by select U.S. dates this November, including shows in San Francisco and Los Angeles that were rescheduled from last year. In more news, Black Marble has now just confirmed an extensive route of overseas Spring 2022 dates that will keep him on the road throughout April of next year into early May. See the full list of dates below.

Fast Idol is Stewart’s fourth full-length album and his second for Sacred Bones. His previous album Bigger than Lifewas written in the face of cultural shifts in the US, in experiencing these he realised he was not keyed into certain negative sentiments that were bubbling below the surface, which were breaking out into the open. “I chose to try and take the approach of a soothsayer writing from a macro level, trying to find strands of connection between us because it didn’t feel appropriate to create something self referential and gloomy at the time,” he says.