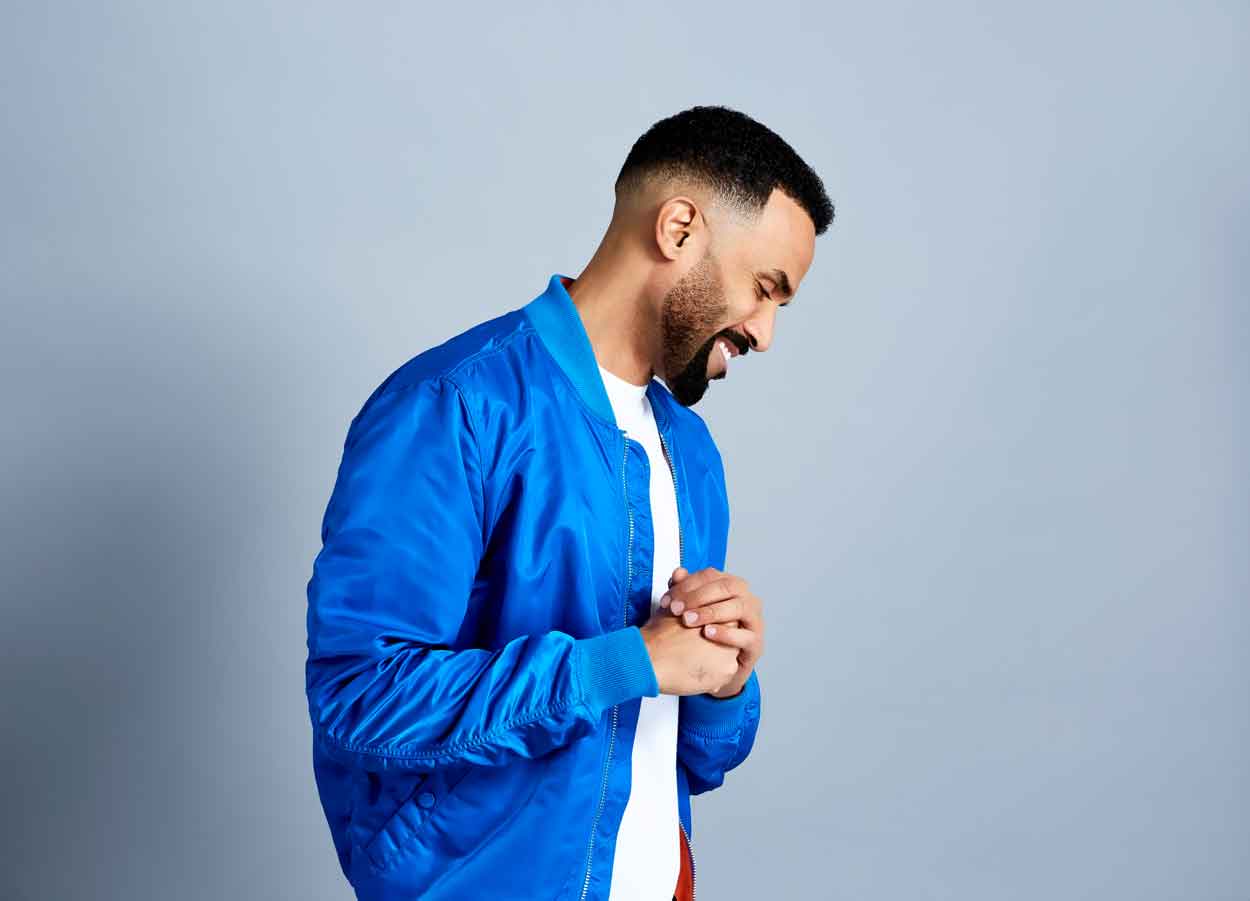 It’s been an incredible 20 years since the critically acclaimed album, ‘Born To Do It’ changed his life, Craig has since catapulted back into the charts and into the nation’s hearts with a string of chart hits and a Number 1 album marking the beginning of his triumphant return – his latest two albums, ‘Following my Intuition’ and ‘The Time is Now’ have since gone on to amass over 1.5 billion streams alone. Craig has since leapt from strength to strength on our airwaves and has been unavoidable on our TV screens and on the live circuit ever since.

Craig has racked up an astounding 23 UK top 40 singles, nine UK top 40 albums, amassed over 5 billion streams worldwide and has achieved multi-platinum status in more than 20 countries around the world in his career. With two UK Number 1 albums under his belt, he has also received multiple BRIT Award and Grammy nominations, 4 x MOBO Awards, as well as becoming a 3x Ivor Novello Award winner.