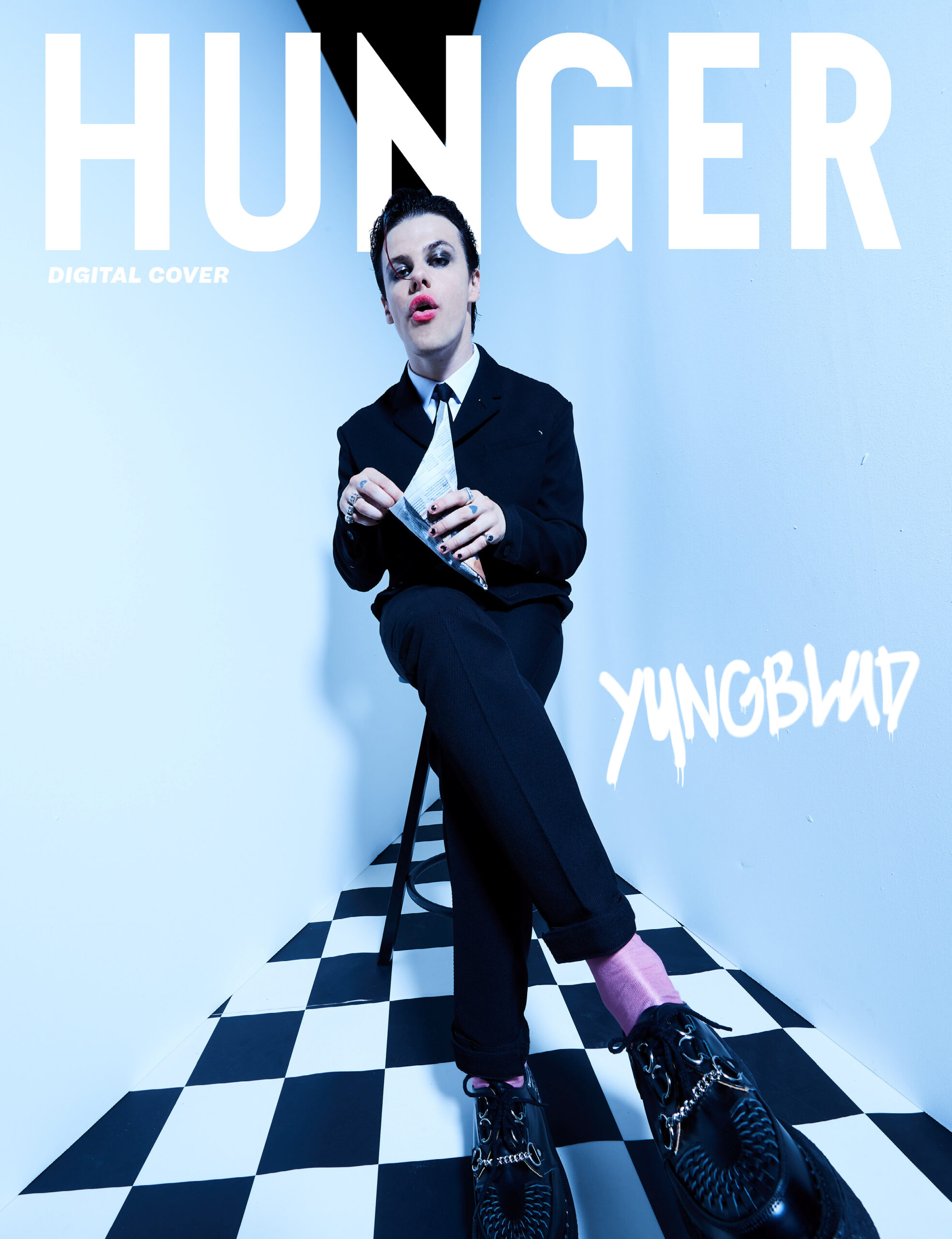 After a five-night residency at North London’s O2 Forum Kentish Town as part of his highly-anticipated Occupy The UK Tour, and prior to a live performance at The SSE Arena, Wembley for the BBC One-broadcast Team GB Homecoming Concert, YUNGBLUD – aka Dom Harrison – announced his new era with the single ‘Fleabag’, released on Thursday, 19th August.

YUNGBLUD covers HUNGER Magazine. In the accompanying interview, Harrison speaks on managing misconceptions, the ‘hardness’ of the North of England and remaining authentic in fashion and in heart. Plus much more in the full feature available here.

On the brevity of trends and the importance of community…

“Growing up in the north is such a beautiful thing because it gives you such a sense of community, and an ability to talk to anyone. Everyone in the streets of Northern England talks to each other whether you’ve met them or not.”

“All I wanted to do was find mates and belong somewhere, and a lot of things are missing culture now, a lot of things in the world have no culture behind them because it’s all based on trends. A definition of a trend is it’s meant to die, and I don’t want something that would die, I want something that would last forever. I want to belong somewhere.”

On maintaining authenticity in fashion…

“I think the clothes you wear say what you wanna say without having to open your mouth, and fashion has always been so important to me. I have a bit of a problem with fashion at the minute. For me, minute mainstream fashion doesn’t have a lot of heart… What I miss about fashion is it’s all supposed to be sick and twisted and new, and it feels like right now all the subcultures are exploited. Art never dies, it’s out there right now, but a lot of big wigs in fashion don’t wanna let it shine. Let it shine! With clothes I don’t know what’s fucking cool, I just work with my best friends and I wear what I want – like my girlfriend makes my fucking skirts…”

“With success, and whatever the fuck ‘fame’ means, comes expectation. I think it’s really scary to fall into people’s expectations, an artist should never become an expectation, because you’re not an expectation, that’s the definition of being an artist…. I’m not gonna be the same artist that I am today as I am tomorrow.”

“I think the expectation became too much – YUNGBLUD became a real weight for me. I felt like there was a lot of speculation about me online and all I wanted to do was be myself, and I preach this message telling everyone else [to be yourself] but I forgot to do that myself. ‘Fleabag’ is an expression about that. It’s an expression about that saying don’t be an expectation, be yourself and be beautiful and be proud of it.”