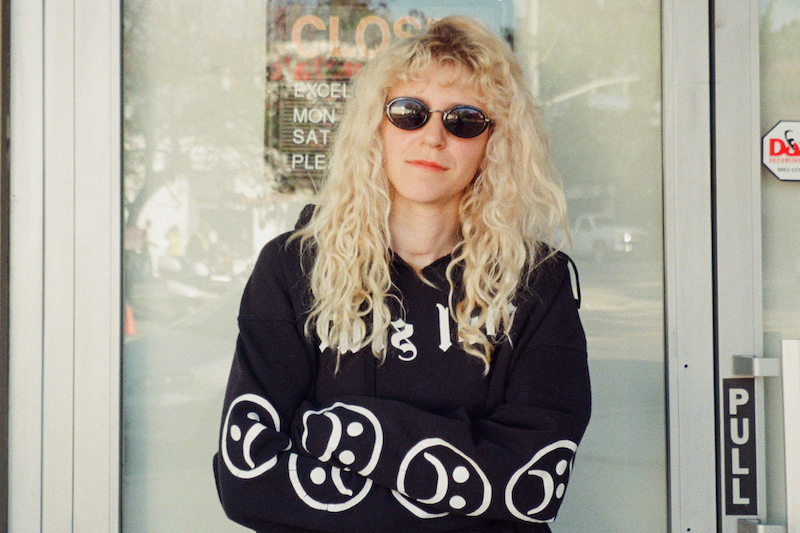 After recently announcing her new album, Julia Shapiro of Chastity Belt, Childbirth and Who Is She? is sharing the second single and video from the record with new track “Death (XIII)“. Shapiro’s new album ‘Zorked‘ is due Oct 15th via Suicide Squeeze Records.

Speaking about the meaning behind the track, Shapiro said ‘“This song was inspired by the Death tarot card. My friend Bree Mckenna (Tacocat, Childbirth) had the genius idea to put together a compilation of songs inspired by different tarot cards. She chose the Death card for me. I immediately knew I wanted it to sound super heavy (death!!!). I’d been listening to a lot of heavier slower music around that time (Jesu, DIIV, King Woman). Once I got the guitar tone I wanted, the rest came naturally. I probably wrote this song in about a day, taking inspiration from Alejandro Jodorowsky’s interpretation of the Death card (which he calls “The Nameless Arcanum”) in his book The Way of Tarot. The Death card is often feared by people who don’t fully understand its meaning, but it can actually be seen as the transformation needed in order to start fresh and cleanse yourself. In other words, it can be seen as a new beginning (which is partly why it’s the first song on the album).”

Director Chris Wade went on to say the following on the visuals “With Julia based in L.A and us over in the UK, we came up with a concept that would work being shot between two different countries. We shot the deranged dancing fan sequences and Colby and Annie shot some awesome low-fi footage of Julia over in the States. Running Julia through a TV was a cool way to feature her in the same room as Eric (actor) – who’s band (Gang) actually supported Julia’s band Chastity Belt on their European tour a few years back. That’s how we all know each other, so it was a really fun and organically produced video. I definitely looked like a creep printing all of those photo’s of Julia out for real, in the photo store. I made a swift exit and I’m never going back.”