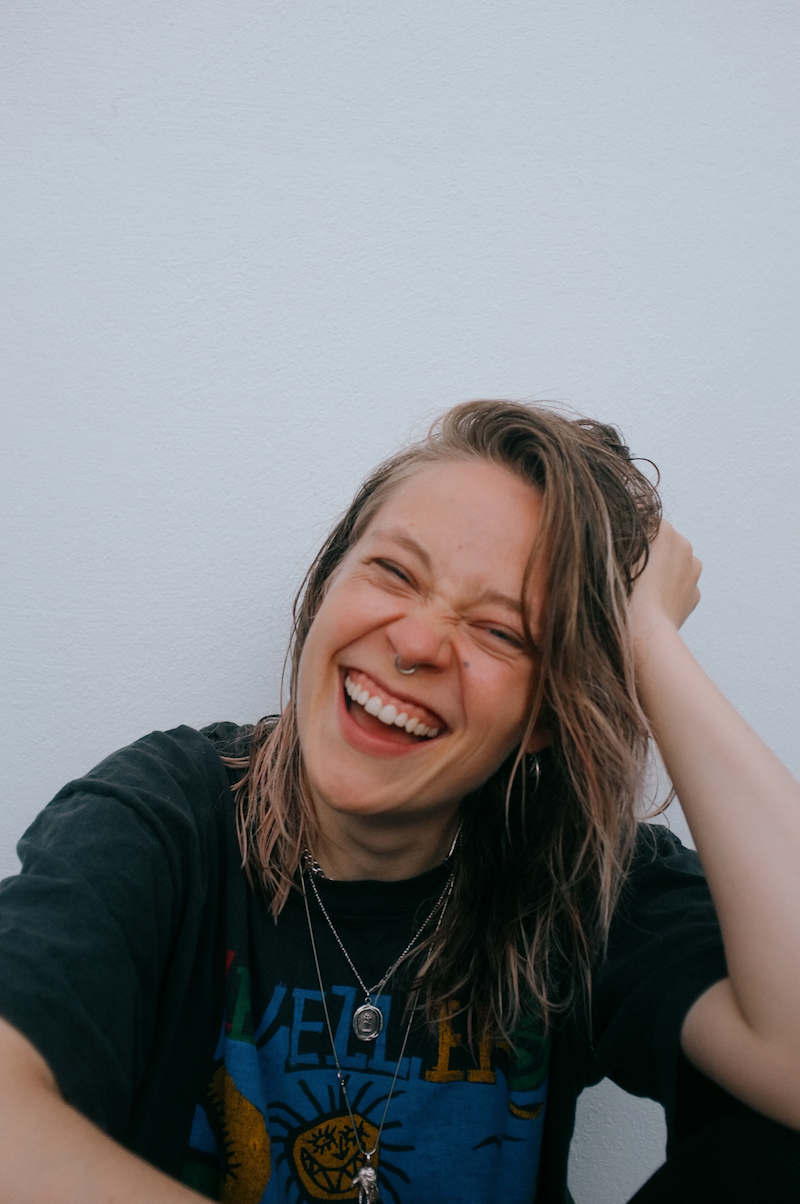 Following the release of her debut album ‘A Common Turn‘ earlier this year via City Slang, Anna B Savage returns with new EP, ‘These Dreams‘, set for release on September 24th. The release comes ahead of a run of UK shows this October – details below.

Today she shares a second single from the EP, entitled “A Girl Like You” – a cover of Edwyn Collins’ 1994 hit. Commenting on the track, she said: “I’ve loved this song for years. I first heard it in Empire Records, and remember being completely floored as to how a song could be so damned sexy. Naturally, I decided to cover it and make it kind of creepy and weird instead. It’s such a privilege and a joy to be able to enjoy Edwyn Collins’s outputs over the years. His ever-present, fostered and amorphous creativity is something I aspire to”

Savage’s debut album followed the success of her 2015 debut EP, which was praised by press internationally including NPR and The Guardian, and quickly caught the attention of Father John Misty and later Jenny Hval, both of whom took Savage under their wing and took her on tour. ‘

A Common Turn’ is deeply vulnerable but without submission. Savage lays claim to her own fragility, and the stories she tells are of taking up space, finding connections, and owning the power in not knowing all the answers. The three original tracks on the These Dreams EP were written and recorded in amongst the lot for A Common Turn. Before tracklisting, these were very much part of the album – but of course, decisions had to be made and these were cut. However, they are integral to the album and the album arc, and Savage wanted to release them to show the edges of the emotional places that writing A Common Turn took her to.

Expanding more, she said: “This EP traverses the expanse between possibly the most difficult and wrenching song (These Dreams) and the most positive and defiant (Since We Broke Up), and it’s not an easy listen by any means. Hairier Now was written about the same person as Baby Grand, but a year earlier, after a seven year absence. I also chose to do a cover of the classic Edwyn Collins track A Girl Like You as I wanted to tie another track in to the album, but obviously writing another track would’ve meant it was completely taken out of the time frame. The Edwyn Collins owl mug is in Baby Grand, and I’ve loved this song ever since I saw it in Empire Records – what a sexy, sensual, surprising song. I decided to put a more These Dreams kind of spin on it, turning it in to a slightly creepier and more difficult iteration of the original track.”