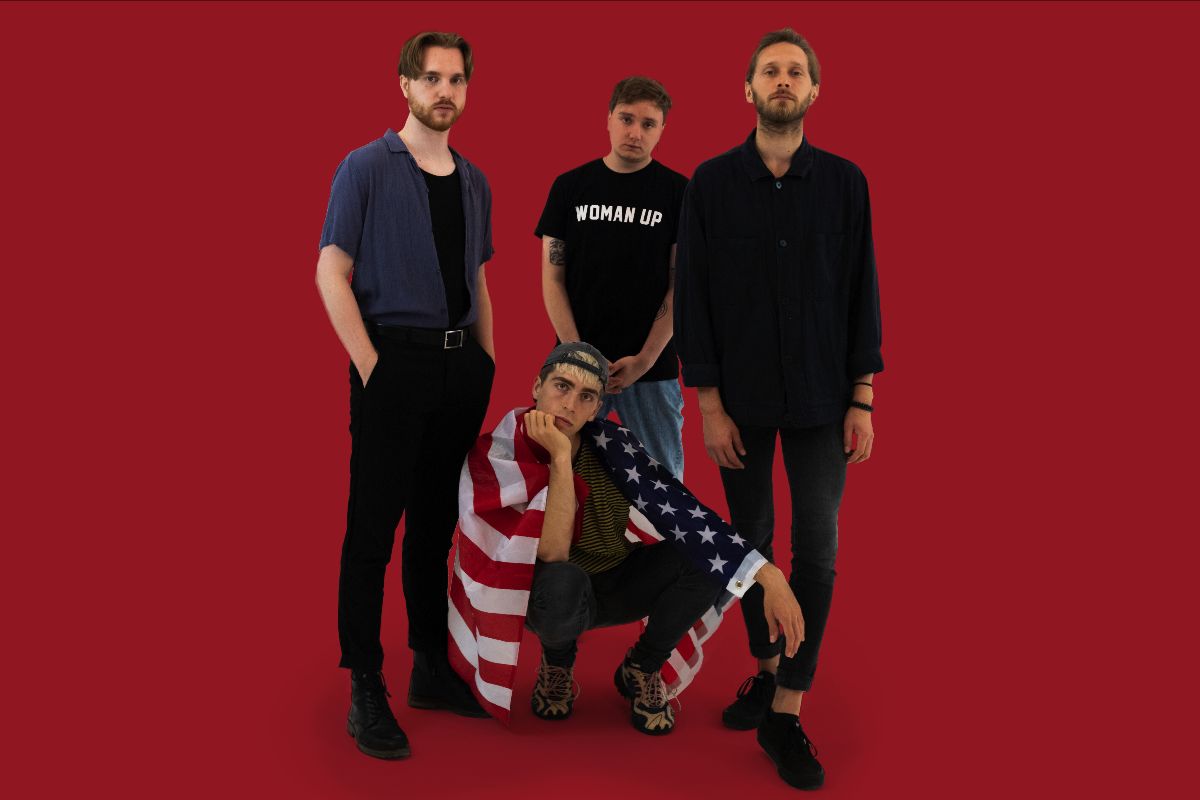 ‘As Soon As America’ is the second single to be released from KID DAD’s upcoming EP ‘Bloom’ (out 10 December 2021 via Long Branch Records) and is the most daring release to date from the Paderborn, Germany band.

The EP ‘Bloom’ is a bouquet of five very different flowers that blossom into very different colours. Its first single, ‘Apartment’ marked the beginning of a reinvention of the band, which saw their usual post-hardcore sound grow into edgy art-pop with melancholic-romantic lyrics.

‘As Soon As America’ is another perfect example of this. Until now, KID DAD’s songs and lyrics were introverted and mostly dealt with singer and guitarist Marius Vieth’s emotional life. This time it’s different…

As the title suggests, the song shifts its focus from the individual struggles to global problems that have to be dealt with individually. You can twist and turn it as much as you want, your private life is also always political.

“People can be uncomfortable when artists criticize countries, states, systems or political constructs – especially when it’s not their own. We are aware of this and, because of it, we are constantly thinking about whether it is the right thing to talk and sing about. In the end, we believe that, regardless of the critique, the right thing to do is to voice your opinion and anger towards injustice, suffering, and inhumanity”, says vocalist and guitarist Marius Vieth, continuing:

“The western civilization is growing up, in many places, with a glorified picture of America. “The land of limitless opportunities” is an aspiration you learn in preschool. But, as you get older and see wars in other countries, the racism, police brutality, and many other injustices; this picture can quickly change.

We LOVE the culture, we LOVE the freedom, and we LOVE the people and so many things about America, but we cannot ignore the negative aspects.”

The subject of ‘As Soon As America’ is big, complex, and emotional – KID DAD do not crumble under its weight but rather make a deep and valid statement.

Alongside the release of  the single and the announcement of  the EP, KID DAD have revealed that they’ll be touring the UK in January 2022. Dates below.