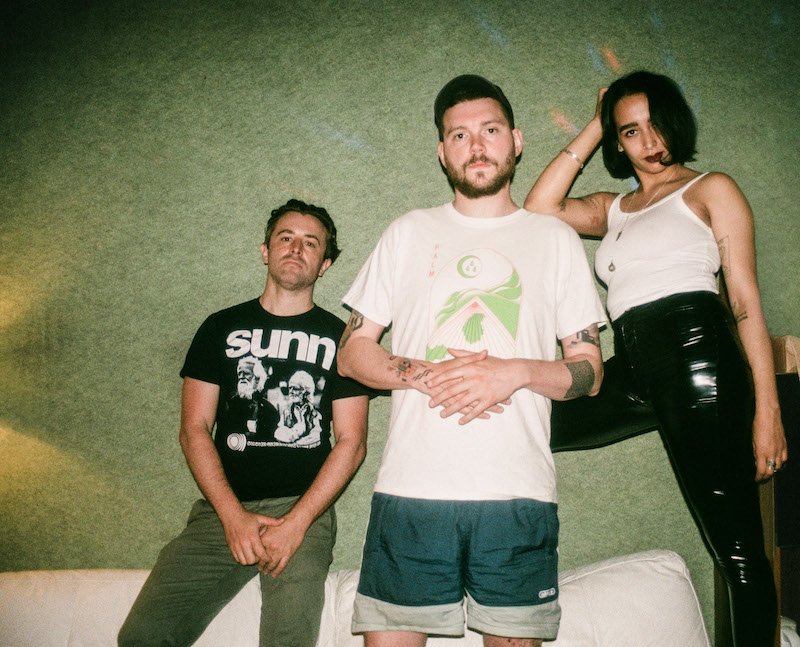 Speaking about the new track, Mandy, Indiana vocalist Valentine Caulfield said “I wanted to build up on the military style of the track, but in a very slow crescendo, and not in a very obvious way. The lyrics talk of men waiting, moving forward; war is never mentioned, yet it is obvious that the men are waiting for death. The song ends with the men almost dancing as the bullets hit them.”

Guitarist Scott Fair added “The inspiration for the guitar line was based upon a recording of a flood siren in Todmorden. I was going to use the recording as a sample but then I decided to try and recreate it with the guitar.”

Scott Fair (guitar/production) and Valentine Caulfield (vocals/lyrics) met a couple of years ago when their respective previous bands shared a bill in Manchester. Caulfield was drawn to Fair’s aspirations to write beyond genre, while Fair was instantly taken with the singer’s magnetic stage presence and harsh, visceral vocals delivered in her native French. The pair also enlisted Liam Stewart (percussion), a touring musician who’s powerhouse rhythmic presence compliments the pair’s vision—emphasizing raw energy and emotion over meticulous composition to create a singular cathartic experience.

The songs on the … EP were recorded in a variety of spaces, from rehearsal rooms and home studios to cavernous  industrial mills. You can hear it in the recordings: the clattering footsteps, muffled piano and chatter at the end of “Bottle Episode” were taken from the hall outside of one of their recording spaces. Other sounds like a buzzing fluorescent light and the rhythm of a passing train also found their way into the mix.

Mandy, Indiana’s influences are fluid and their lyrics are left intentionally open to interpretation, but the group acknowledge cinematic references alongside musical touchstones. The band’s self-made music videos, influenced by the macabre film-making of Gaspar Noe and Leos Carax, see them carefully stitching together found-footage montages. Every image feels intentional, providing a visual chaos that matches the music’s unpredictability. Mandy, Indiana’s debut EP documents where they’ve been, where they are now, and where they’re going.