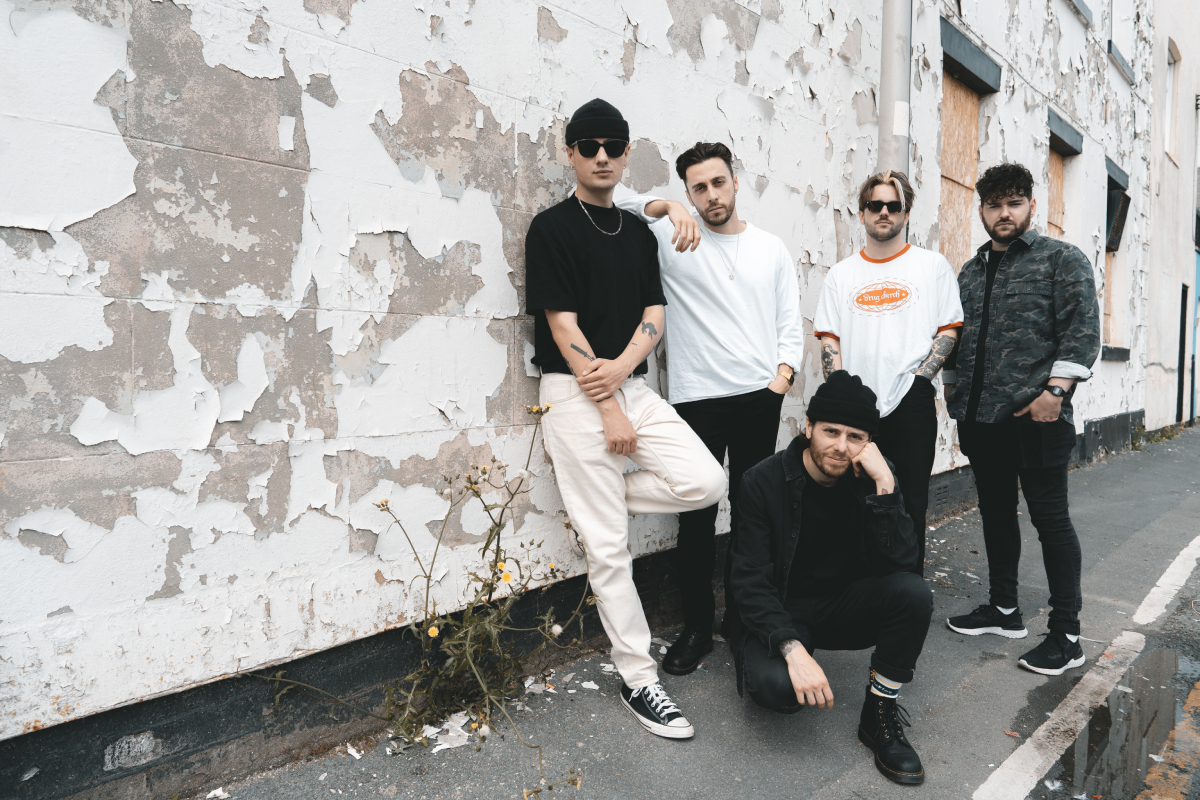 Boston Manor continue their astute commentary on modern day life and its ever-evolving and mounting pressures and issues with their new single ‘Algorithm’. Says Henry Cox of the track’s thematic material: “In the current media landscape, artists now are expected not only to write & perform music; but also to be media personalities, stylists, photographers, merch companies, streamers, gamers, filmmakers & just about everything in between. We’re also expected to produce art (“content”) at such an insane rate that, combined with touring commitments, it leaves us with less and less time to actually focus on the art itself. I wrote Algorithm in response to this – the whole ‘someone else’s clothes’ thing being a reference to the fact that I often feel pressured to be a person I’m not, and that sucks.”

‘Algorithm’ follows on from Boston Manor’s recently released fearsome anthem ‘Carbon Mono’, which was already inciting moshpits and scream-alongs at the band’s recent headline shows, as well as their incendiary performances at Reading and Leeds Festival and as last minute headliners of the Key Club Stage at Slam Dunk. This new music channels a lot of the frustration and alienation Cox was feeling during lockdown, proving cathartic but also devilishly savvy, bleakly funny. Cox admits that the lyrics for recent (and forthcoming) songs “are about the alienation I began to feel from the common person on the street, an alienation magnified by the way the world has reacted to Covid and the lockdown, and the George Floyd murder… Isolation, anxiety, dread…”

This crop of new music is the fruit of what guitarist Michael Cunniff describes as “the most joyful writing sessions we’d ever had,” tapping into teen influences of the late 90s – the Cardigans, the Cranberries, later-era Depeche Mode. Boston Manor recorded their new material at Stustustudio, the Brixton recording location run by producer Larry Hibbitt.