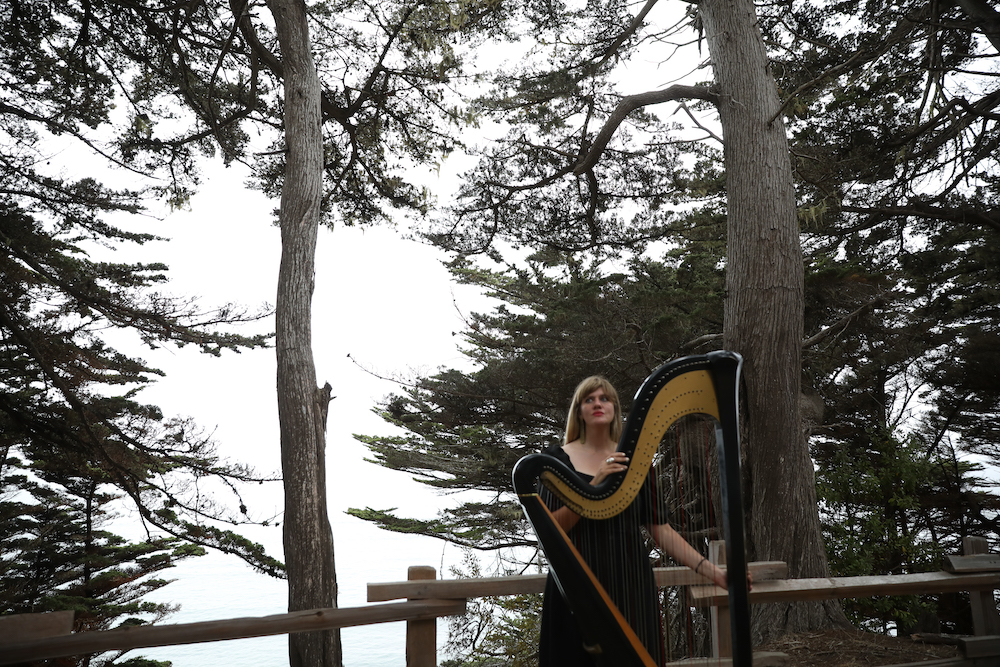 In the afterglow of her acclaimed 2020 album ‘Silver Ladders’, Los Angeles-based harpist and composer Mary Lattimore returns with a culminating counterpart release, ‘Collected Pieces II’, out digitally and on cassette on October 29th, 2021 via Ghostly International. Today she shares a second glimpse at the record, with single “Mary, You Were Wrong“.

Following previous single, “We Wave From Our Boats,” Lattimore introduces this new track saying: “I wrote this with a broken heart but it’s about how you have to keep on going even if you make some mistakes.”

Much like its predecessor released in 2017 (‘Collected Pieces’), the limited-edition cassette and digital release features new and previously unreleased material, Bandcamp-only singles, and other obscurities from her recent archives. Selections from both collections (CP I & II) make their vinyl debut in 2022. Lattimore has described the process of arranging these releases as akin to “opening a box filled with memories,” and here that box continues to populate, accessible for both the artist and fans. Evocative material separated by years, framed as a portrait of an instrumental storyteller who rarely pauses, recording and often sharing music as soon as it strikes her. Seemingly in constant forward motion for the last five years since her Ghostly debut, Lattimore glances back for a breath, inviting new chances to live in these fleeting moments and emotions; all the beauty, sorrow, sunshine, and darkness housed within.

A trove of pieces are collected on ‘CP II’, most recorded in the moment, just Lattimore and her Lyon and Healy Concert Grand Harp, contact mics, and pedals. There’s the one about the American astronaut’s homecoming (“For Scott Kelly, Returned To Earth”), the Charlie Chaplin-like character who lost their glasses (“Be My Four Eyes”), and the one named after a quiet cluster of trees by the sea on the island of Hvar in Croatia (Silver Ladders standout “Pine Trees,” here in home recorded form). Like her most affecting work, these songs showcase Lattimore’s gifts as an observer, able to shape her craft around emotional frequencies and scenes. Her power as a musician is rooted in how she sees the world: in vivid detail, profoundly empathic, with deep gratitude for nature and nuance.