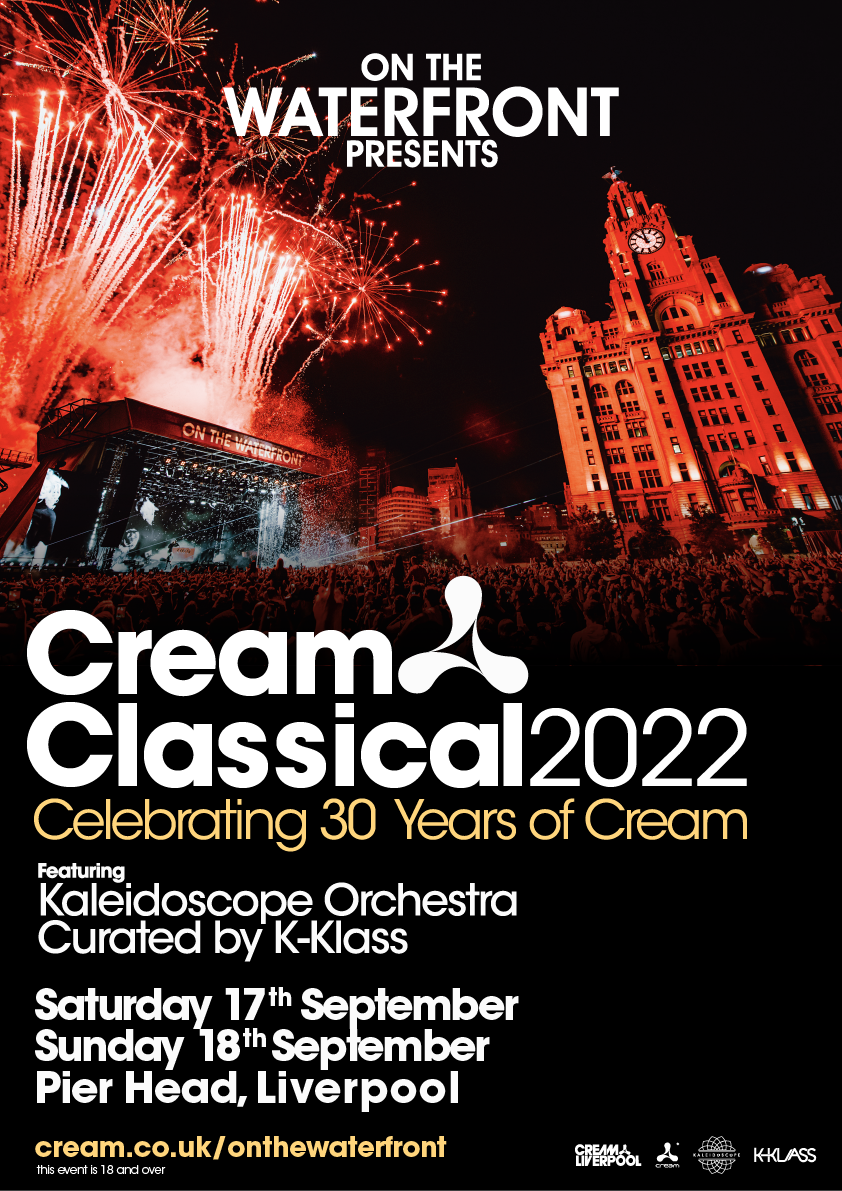 On the Waterfront presents Cream Classical 2022

Following the overwhelming success of last weekend’s inaugural shows, Cream are pleased to announce the return of ‘On the Waterfront’, featuring a series of shows returning to  Liverpool’s iconic Pier Head in 2022.

The first shows to be announced will see the spectacular Cream Classical return with the Kaleidoscope Orchestra, singers and performers curated by electronic duo K-Klass, who join together for two very special shows to mark Cream’s 30th Anniversary on Saturday 17th and Sunday 18th September, with more shows and exciting acts to be announced in the coming months.

2022 will be a landmark year for Cream as it celebrates its 30 year anniversary.  Since its humble beginnings in 1992 as a small underground club night the brand has grown to become one of the worlds most recognisable youth brands and a global powerhouse in electronic music.  From Ibiza to Asia, to the Americas, Cream events have taken place in countless different nations, and its flagship Creamfields festival has grown into one of the biggest dance festivals in the world, loved and respected by both fans and DJs. Never ones to stand still, in 2016 they launched Cream Classical in Liverpool Cathedral which has become an annual staple in the event calendar and grown to become yet another success story for Cream with last weekend’s sell out shows staged in undoubtedly one of the UK’s most stunning locations with Liverpool’s three graces as its backdrop.

For those who missed out this year sign up now for presale tickets available from 9am Wednesday 29th September and on general sale from 10am https://cream.co.uk/onthewaterfront

Age: 18 and over (Challenge 21 is in operation and valid photo ID is required).