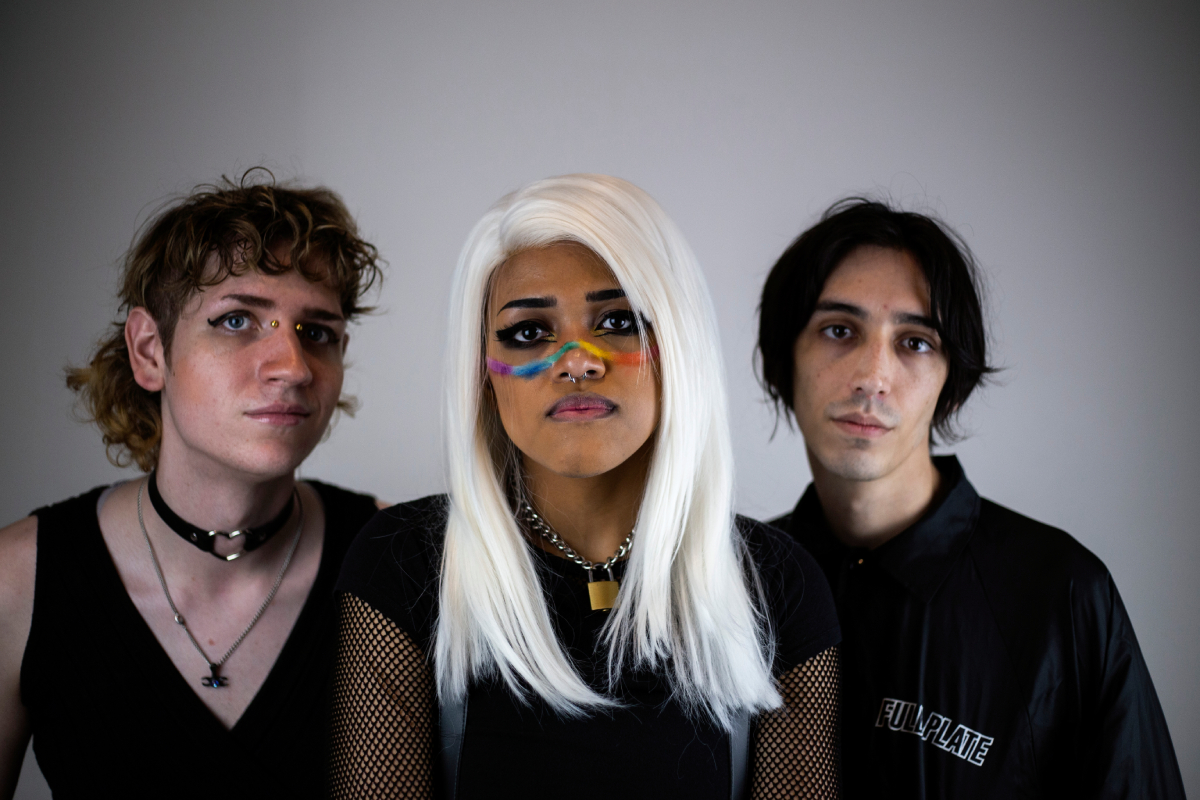 Having recently unveiled a dramatically reworked version of their track ‘In Windows (Ignore What’s Missing)’, complete with fittingly cinematic music video, Floridian post-hardcore trio GILT have now released two further tracks which together comprise the ‘In Windows, Through Mirrors’ EP. A limited cassette tape release is available via Knifepunch Records (US) and Hunkofplastic Records (UK).

The collection sees drummer Ash Stixx taking over vocal duties. Their delivery is emotive and ethereal, anchoring the band within a beautiful post-hardcore soundscape. The EP was mixed by Hansel Romero, and mastered by Matt Goings.

Stixx’ yearning vocal on ‘Long Time Coming’ is emblematic of the EP’s story arc between realising a difficult situation and accepting the painful resolution. As Stixx says, “It’s about finding a more level-headed approach to solving a problem and more mature way of change, estrangement, and removal.” A fragile opening gives way to a lush and sweeping conclusion.

The EP draws to a conclusion with ‘Through Mirrors (I Didn’t Want You As A Mirror)’, which details painful growth and estrangement from previously close relationships yet, ultimately, accepting the change. “It’s about finding your own footing, away from role models,” says Stixx. “The song took on a new life and urgency as tragic losses occurred within close circles of the band, and coping with loss and grief throughout months-long tours fused the band together even closer.” It’s a devastating exploration of emotion in navigating relationships and learning to stand on your own.

Navigating topics of gender dysphoria, body dysmorphia and mental health in their music, GILT are all about empowering their community. The band put together a livestream event during the pandemic – SnipFest – which raised money for gender-affirming legal name changes for people across the US. Born in 2018, SnipFest’s first incarnation raised money for the top surgery of a friend of the band.

GILT will be touring in the US around their new EP’s release. Stay tuned for further music from the band and UK tour dates in June 2022.