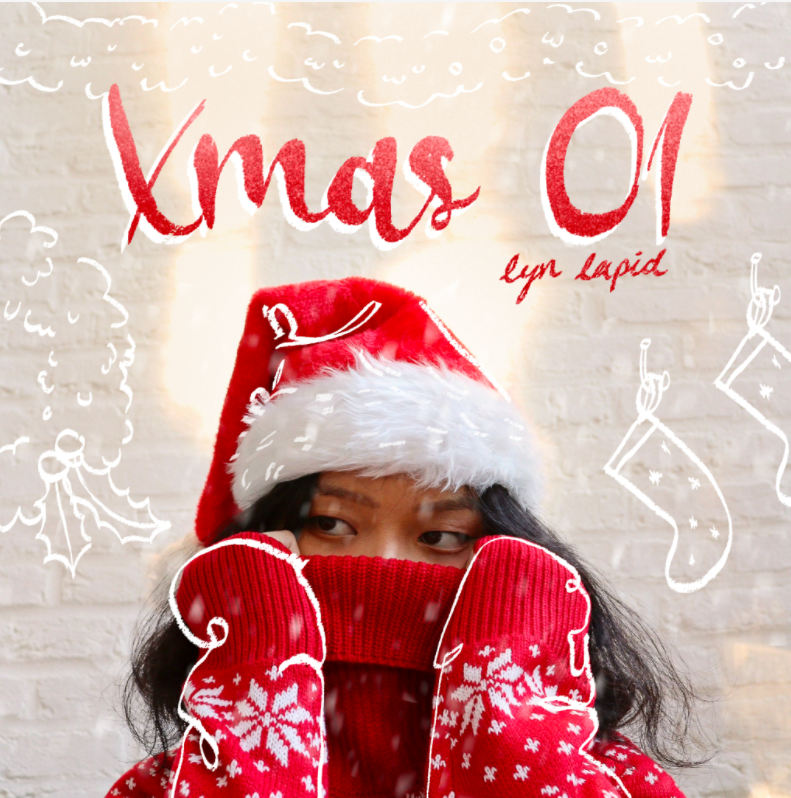 Lyn says, “I’m so excited for my first Christmas themed release. The first song of the bundle is called ‘Messed Up On Christmas,’ and it’s a little sad girl song about feeling lonely around the holiday season. I feel like a lot of people can relate to wanting to spend Christmas with someone special, but not being able to. Ironically, the second song of the bundle is called ‘Candy Cane Kisses,’ which is sonically the literal opposite of the first song, and it’s dedicated to that special someone, whoever that may be, and not wanting anybody or anything else but that person for Christmas. I hope y’all enjoy it! It was so fun recording them.”

The breakout songstress is currently on a sold-out tour with Gen Z singer-songwriter Claire Rosinkranz—see the upcoming list of dates below. The string of dates marks the first-ever tour for both up and coming artists. Get tickets and more information HERE.

XMAS 01 follows the release of Lyn’s latest single, “In My Mind,” which is having a viral moment across TikTok and streaming platforms—watch the music video HERE. The song recently surpassed over 32 million global streams, peaking at 566 thousand daily streams on Spotify. It peaked at #8 on Spotify’s Global Viral 50 Chart, #6 on Spotify’s US Viral 50 Chart, and #4 on TikTok’s US Top Tracks.

Dedicated to the “‘quiet kids’ such as [herself]”, Lyn first teased “In My Mind” on TikTok a week before it was released, and the video quickly garnered over 4 million song views and 1 million likes in just a few days with her fans lovingly dubbing the song the “quiet kids song.” “In My Mind” has been praised by Consequence, SPIN, Atwood Magazine, and more, with HYPEBAE proclaiming, “Lapid’s soothing vocals seamlessly blend with the airy notes of the guitar,” and Ones To Watch praising her as “a fearless and irrefutable voice of Gen Z.”

“In My Mind” arrives during a breakout year for Lyn Lapid – she released her first three singles, “Producer Man,” “Itsy Bitsy,” and “Infinite,” received co-signs from Billie Eilish, BTS’ Jungkook, Sabrina Carpenter, and more, amassed over 138 million global streams to date, and been praised by the likes of Rolling Stone, Buzzfeed, E! Online, Refinery29, HYPEBAE, Idolator, and others. With more music on the way, Lyn has affirmed herself as a star on the rise for 2021.