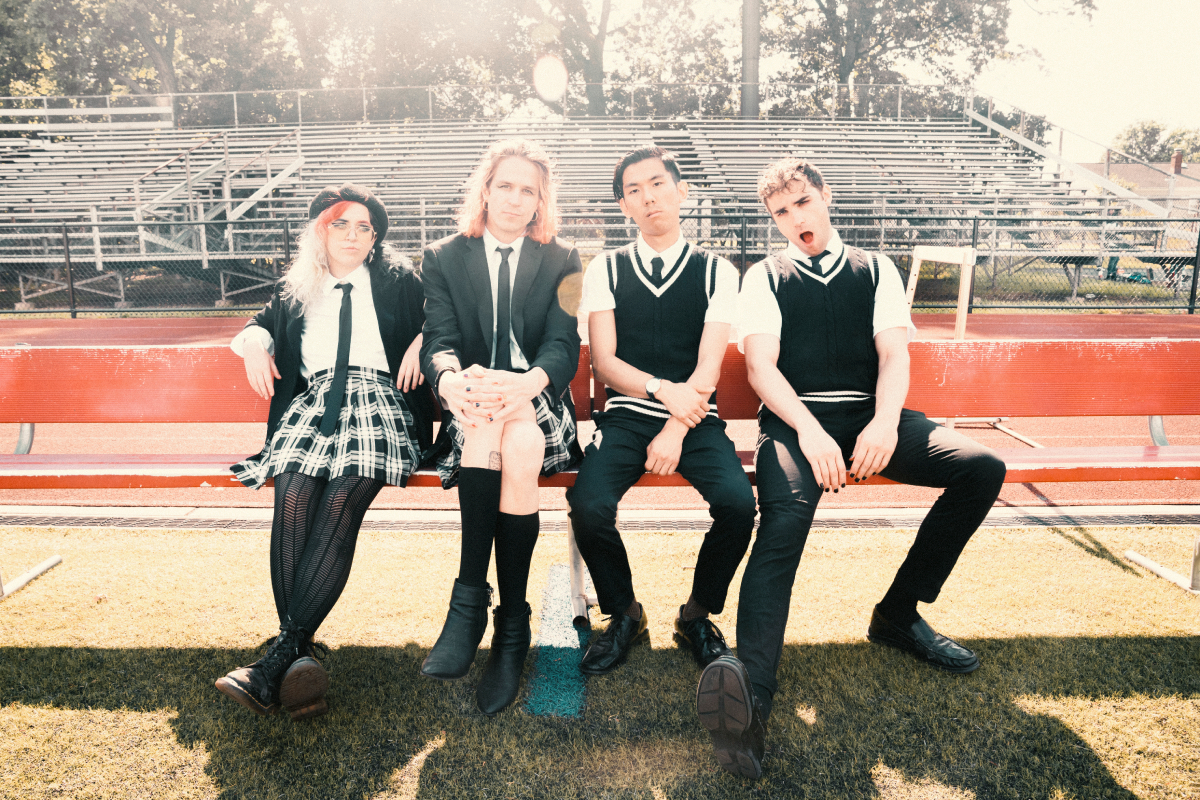 Save Face release new album ‘Another Kill For The Highlight Reel’

Save Face’s monumental new album, ‘Another Kill For The Highlight Reel’, is out everywhere today. Produced by The Movielife’s Brett Romnes, the album houses some of the most eccentric and theatrical music vocalist Tyler Povanda (he/him) has ever created––and he knows it, too.

“This is the soundtrack of me killing my enemies,” he opens the album’s liner notes with quite the statement, but it’s barely a taste of what AK4THR has in store. It’s a twisted kind of game the young songwriter plays, pulling equal inspiration from Jersey scene titans like My Chemical Romance and Thursday as well as Broadway musicals like Sweeney Todd and Rocky Horror Picture Show.

The result is one of the boldest and most formidable albums of the year. It’s clear from one listen that this record is much more interested in building worlds around itself than it is in adhering to any genre conventions or expectations.

“I’m just trying to make something that’s interesting to me, despite whether anyone likes it or hates it,” Tyler explains.

The spirit of art for art’s sake is what truly lies at the core of their ethos. “If you’re going to make art, you have to be willing to have your spirit crushed, and I have repeatedly,” Tyler admits. “But in that, I made the best thing I ever have.”

“It can be hard to reconcile the fact that we live in a world where we’re taught that the validation of your art determines its worth,” he continues. “The only thing that makes it worth it is creating something that is so inspiring to you that it feels like it’s worth the struggle to put it out into the world—and that’s what these songs did for me.”

That drive to keep pushing through discomfort is evident on this album and is what makes the collection of songs on ‘Another Kill For The Highlight Reel’ as cathartic as they are catchy.

TRACK LISTING:
1. The Funeral You’ve Been Asking For
2. Curse Me Out
3. Another Kill For The Highlight Reel
4. Bury Me (Tonight!)
5. Sharpen Your Teeth
6. A Song For Your Futile Heart
7. GLITTER
8. The Perks Of Not Being Able To See Your Reflection
9. A.M. Gothic
10. Watch You Die Again
11. Please Murder Me