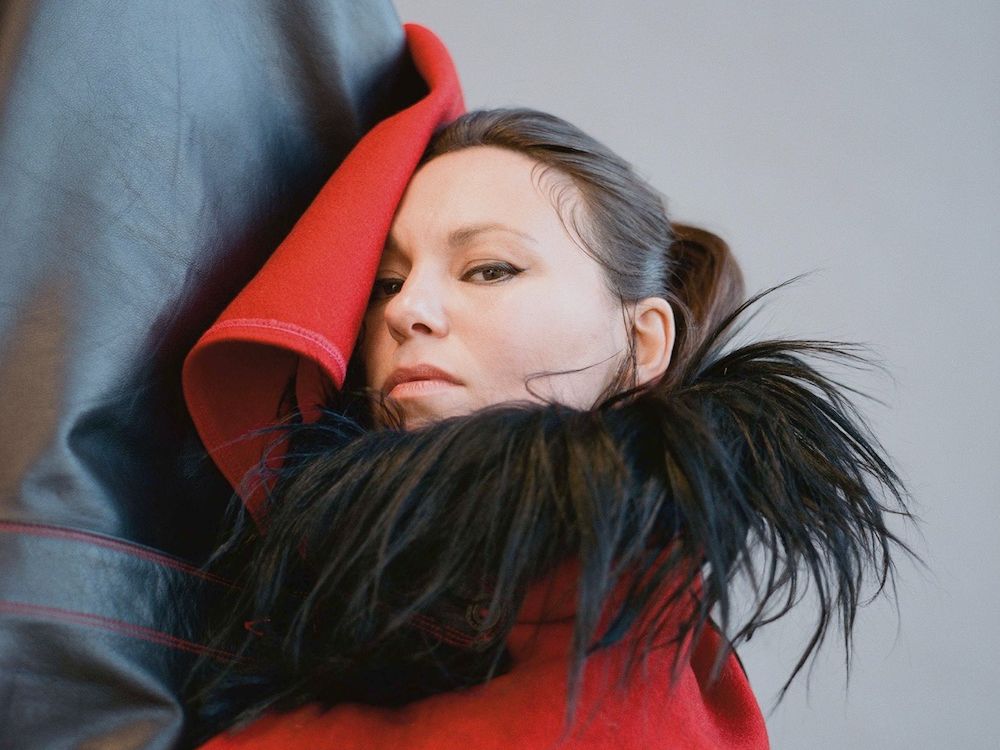 “Colonizer” exploded spontaneously in Tagaq’s improvised live show. On stage with Nanook of the North, in Manchester and overlooking Columbus Circle in New York City: this is Tagaq’s unambiguous response to performing in visibly and symbolically colonial spaces. The song clenches at the intersection of experience, violence and resistance, with droning, driving layers that throb, beat and buzz under Tagaq’s vocal rhythms.

“Colonizer (Tundra Mix),” hits differently, the product of creative marination with producers Saul Williams and Gonjasufi. Tundra Mix shows the collaborative and generative dimension of the ‘Tongues’ studio experience and its potent mix of artists. This approach, more sous vide than improvised eruption, yielded a song that squelches and stretches with monophic, hypnotic vocal abstraction in place of a windpipe rip.

Tanya Tagaq‘s new album is a manual for inner and outer revolution. It is the soundtrack of righteous taking-back of personhood and power. It is a triumph of strength and intelligence that invites the listener to join her in a personal victory over colonization, over those who take without consent.