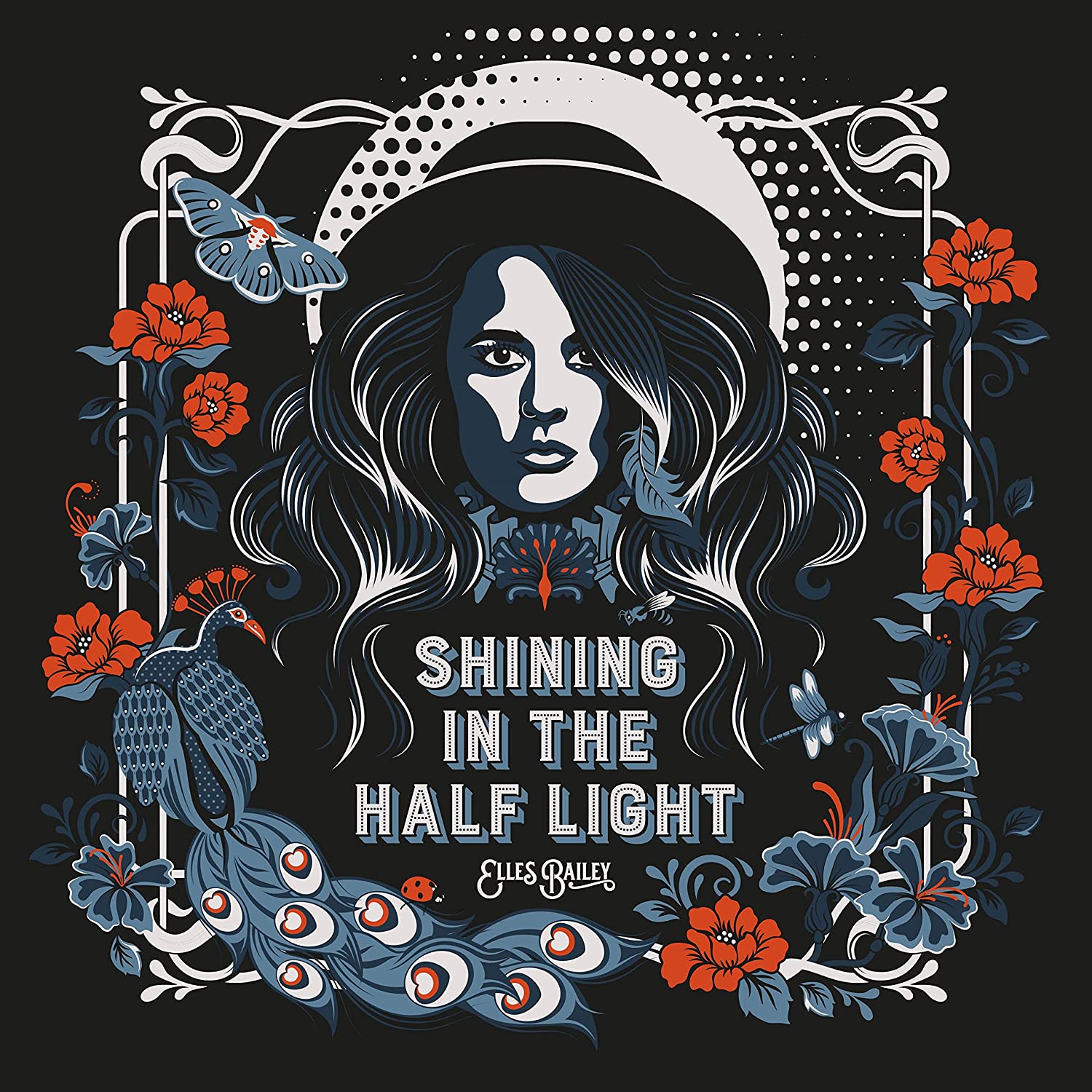 Elles Bailey – Shining In The Half Light

Elles Bailey was named Artist of the Year for the second year running at the 2021 UK Blues Awards. She will surely be a dead cert for a third award when the judges hear her brilliant new album Shining In The Half Light. Bailey’s quite amazing voice delivers ten excellent new songs with real style and high emotion, and she is backed by some fine musicians on every track.

This is Elles Bailey’s third album, but the first to be recorded in the UK. The fact that the setting was Devon rather than Nashville, as originally intended, sets the scene for an album this is a product of the Covid pandemic. Uncertainty, loneliness, fear and isolation are all portrayed in its songs, as well as its impact on musicians unable to tour and unsupported by the government. But the ultimate message is one of resilience, as the strength of the music epitomises the spirit to survive, most notably in the rocker Riding Out The Storm.

The album opens with Cheats and Liars, a riff heavy attack on those in power. Who could Bailey be directing her anger at as she snarls that they “deal us scraps from your silver spoon“? The powerful message is, if anything, even more apt now than when it was recorded in late 2021. The title track, which closes the album, contains the most obvious references to the conditions that we’ve all lived through. A highly atmospheric song, the expressive vocals express longing and the need for human connection, yet describe being caught in a half life, suffering the pain of “reaching out to each other through a cold glass screen”. We can all relate to that.

In between these two powerhouse tracks, the mood changes several times. The Game with its unmistakable Hammond organ swirls and Stones, which has a great blues guitar ending are both energetic, while the gorgeous Colours Start To Run is a tender love song. Turn the lights down low and the music up, leaving the world outside. “Just you in my arms and a little old time soul,” sings Bailey, showing us her softer side. In a similar vein, Different Kind Of Love has a stark arrangement that allows the vocal to take over, filled with longing and passion for something new.

Sunshine City is another fine song, an upbeat track with the summery feel suggested by its title. The riffs are heavy and the pace fast in a loose and bluesy rock song that feels like a celebration of urban life. Halfway House is perhaps the best track on the album. Slow and passionate, this tale of love gone wrong is heartbreaking and emotionally complex, the regrets and loss clear to hear alongside the desire that just won’t go away. The torment of unresolved feelings is perfectly described, and when Bailey delivers the killer line: “When I close my eyes, I still see your face” you can almost hear a tear running down her cheek.

Elles Bailey possesses a unique voice, the result of a serious bout of pneumonia at a young age. And she uses her naturally husky tones here to great effect, displaying all of her characteristic power but also her subtlety and, in places, displaying a delicious sultry edge. Her brand of Americana influenced blues is based on well crafted and high energy songs, and the fine musical backing throughout the album frames her vocals beautifully.

Shining In The Half Light is a superb album that is sure to receive a fine reception from fans old and new – and will leave you wondering just why Elles Bailey isn’t already a musical megastar.