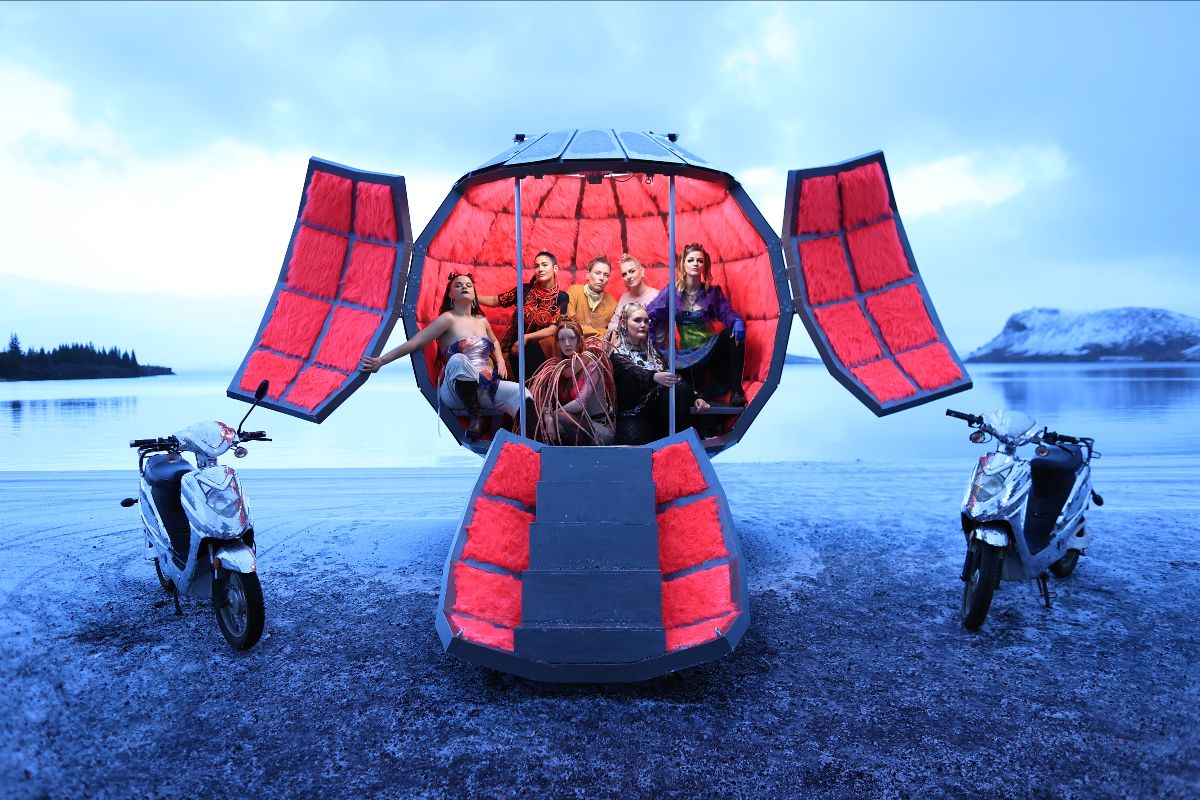 Feminist hip hop trailblazers Daughters of Reykjavík reveal the futuristic visuals for their Eurovision Song Contest 2022 entry ‘Turn This Around’.

Firm favourites to represent Iceland in the competition this May in Turin, Italy, the outspoken and empowering 8-piece collective are battling through the local TV finals Söngvakeppnin armed with one of their biggest bangers to date.

Iceland’s track record at the Eurovision Song Contest in recent years has served up some of the most memorable and talked about moments, from the viral sensation Daði Freyr to Hatari‘s controversial protest in Tel Iviv in 2019. The stage is now set for Iceland’s most outspoken group of entertainers to carry the mantle with even more success.

Speaking about the song, the group said… “Turn This Around is a song that represents the energy Daughters of Reykjavík possess and give. It is a song made to inspire people to move, to change, to take action and to love themselves and others. It represents the space we can take up if we so choose as well as the things we can give”.

In the video, the members display their individual talents as well as showing their power as a group. Alongside being musicians they are also actresses, art directors, radio host, graphic designer, sound engineer, and more, and are never ones to shy away from the next big challenge.

Entering into the tradition in every sense, the Daughters also released a cover version of the legendary 1999 Eurovision entry by Selma Björnsdóttir called ‘All Out Of Luck’ which saw Iceland reach their highest ever position of 2nd place – listen here.

The award-winning Daughters of Reykjavík have already received significant plaudits abroad, supported by the likes of The New York Times, Guardian, NME, Dazed and more following numerous breakout sets at Iceland Airwaves festival, and are now perfectly poised to take the world by storm on a platform watched by 180 million people around the globe.