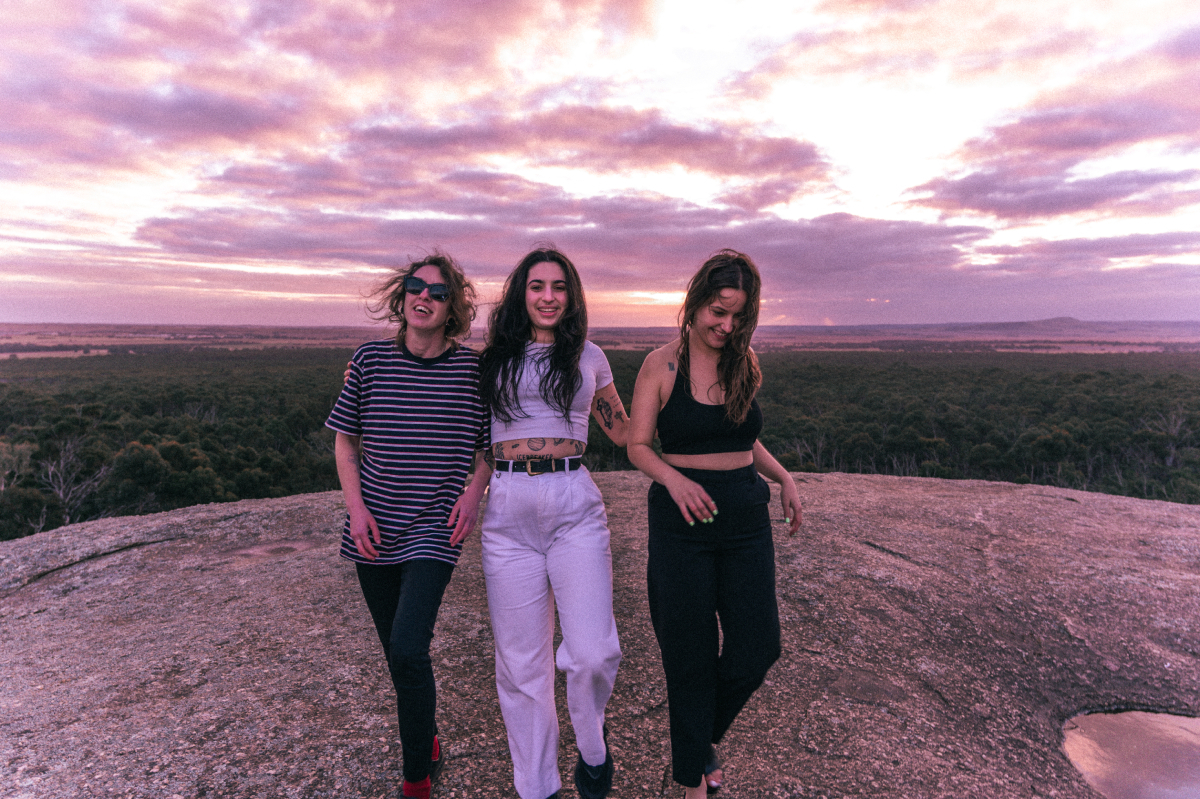 Melbourne trio Camp Cope have today released their new single ‘Jealous’, a song that dives deep into the feelings of unrequited love and feelings of jealousy that can ensue. ‘Jealous’ is the third single taken from their ‘Running with the Hurricane’, Camp Cope‘s highly anticipated third album and follow-up to their ARIA-Nominated LP ‘How to Socialise & Make Friends’, out this Friday 25 March via Run For Cover Records.

‘Running with the Hurricane’ is available to pre-order now through Run For Cover Records and Specialist Subject.

On ‘Jealous’, singer Georgia Maq flexes her effortlessly poetic songwriting, capturing the all too common experiences of falling into unrequited love and getting vulnerable with someone new – and, the unashamed double texting, settling for less, and feelings of jealousy that can come with it. “I’ll take your scraps as if they’re food / I’m so jealous / I’ll take anything you give to me” she sings over layered acoustic and electric guitar building over Kelly-Dawn Hellmrich’s winding lead bass line, reflecting on the priorities in this person’s life and not seeing yourself among them.

Camp Cope are touring Australia this May and will make their return to the US this July as part of the mammoth Pitchfork Music Festival, alongside Mitski, The National, and more.

Founded in Melbourne over home job tattoos, Camp Cope – Georgia Maq (songwriter, vocals, piano, acoustic & electric guitar), Kelly-Dawn Hellmrich (lead bass guitar) and Sarah Thompson (drums & percussion) – have been a force since the release of their debut album ‘Camp Cope’ (2016). Their critically-acclaimed follow-up ‘How to Socialise & Make Friends’ (2018) debuted at #6 on the ARIA Charts with incredible international acclaim including NPR (“Every unpolished moment stuns with turn-of-age earnestness”), New Yorker (“The words, as raw as the band’s nervy energy, spill out as though she’s been holding them in forever”) and The Guardian (“In 20 years, young women especially will approach her and thank Camp Cope for encouraging them to pick up a guitar and tell their own stories”).