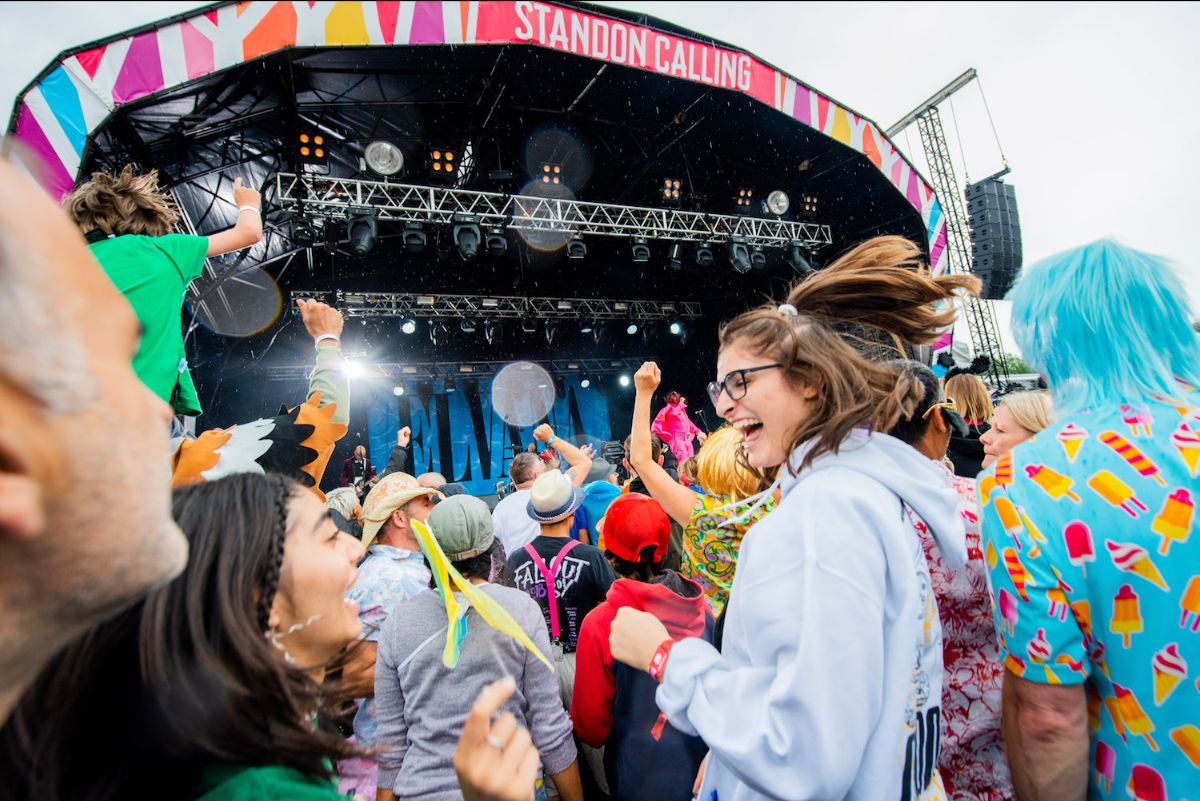 Leading music and arts festival Standon Calling is revealing its full poster this week, with a fully gender-balanced line up. The festival is the first mainstream UK music festival to achieve gender parity by booking more than 50% female and non-binary artists across all their stages this summer.

With over 500 music organisations signing the pledge for gender balance by 2022, Keychange has announced that three UK festivals have managed to hit the target in time, with Standon Calling being the only mainstream UK music festival alongside specialist genre events Marsden Jazz Festival and True North Music’s Americana, Country and Roots festival. The global network and movement has been working towards gender equality in the music industry since launching in 2018 in response to a lack of representation on festival posters, and has since sparked debate on how the wider music industry can work to improve in this vital area.

Commenting on the positive news, Francine Gorman, Keychange Project Manager (UK) said, “Standon Calling are setting a great example to the global festival community, by achieving their Keychange pledge of programming at least 50% women and gender minority artists to their stages this year. By demonstrating that gender representative line ups can be achieved, and by giving under-represented artists their rightful space on a prominent festival stage, we hope that others will be encouraged to follow suit and to take positive action towards achieving gender equality throughout the music industry.”

Standon Calling also demonstrates how to deliver balanced representation spanning the entire bill, by leading with mainstage headliner Anne-Marie, Laundry Meadows second stage headliner Self Esteem and electronic headliner Annie Mac. Now seen to be leading the way, Standon Calling serves to encourage other festivals to reach this important goal, and continues to strive for women and non binary artists to be equally represented throughout the industry.

Norwegian pop star Sigrid, appearing on the main stage at Standon Calling, said, “I’m beyond thrilled to return to festival stages after so long, and it’s cool to see real progress with the gender split – I hope it can be inspiring for other festivals. My band and I can’t wait to play Standon Calling and join all the brilliant women on the line up!”

Festival Founder and Director Alex Trenchard adds: “When we signed up to Keychange back in 2018, we pledged that we would commit to ensuring 50:50 gender balance on our line up by 2022. At the time this felt like a huge challenge, but we’re delighted to say that we’re on track to exceed that figure with 54% of acts on our 2022 line up identifying as female or non-binary. Our lineups are stronger and more diverse than ever. We’re delighted to be leading the way amongst the industry, showing that gender balance in festivals in 2022 is both possible and a key component of curating an exciting line up.”

Standon Calling takes place between July 21st-24th 2022 at Standon Lordship in Hertfordshire, and is known for its inclusive family-friendly atmosphere. Bringing together big name headliners, the most exciting new acts with an unrivalled arts and entertainment programme, Standon Calling packs all the fun into 4 full days of festivities, with its famous dog show, costume parade and incredible array of food and drink. Other headliners this year include Loyle Carner, Madness, Primal Scream alongside the likes of Craig David Presents TS5, Sleaford Mods, Kojey Radical, Example, John Grant, The Cribs, Yard Act, Grandmaster Flash, Dick & Dom DJ Battle, Horrible Histories Live and much more besides.

Standon Calling is located at SG11 1EF, a festival in a valley, nestled in the stunning Hertfordshire countryside. It is less than 45 minutes from Central London
Nearest train stations are Bishop’s Stortford and Ware.

Ticket Information
Standon Calling tickets are on sale now, and are available from http://www.standon-calling.com/tickets