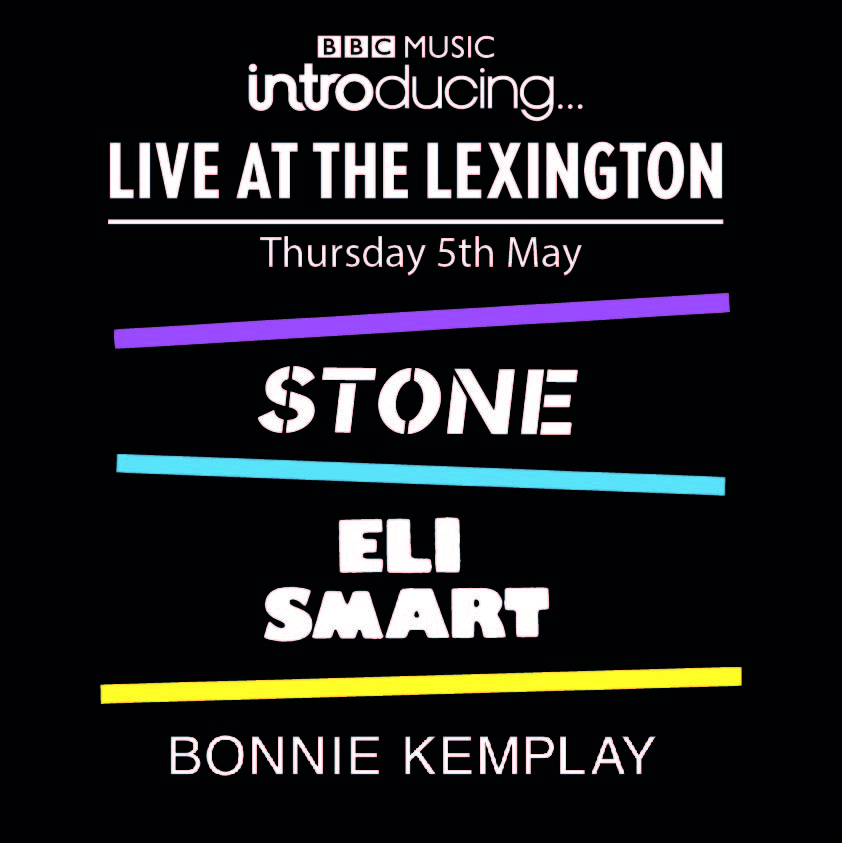 BBC Introducing returns in May 2022 with a stellar line up. London Lexington, London plays host, welcoming three new artists breaking through in their field. STONE, Eli Smart and Bonnie Kemplay will all perform on Thursday 5th May.

These events are a chance to see the next big thing before everyone else. BBC Introducing nights have previously hosted performances from Sam Fender, Wet Leg, The Lathums and many more.

Like many new bands, STONE’s introduction to the scene has been less than conventional. Dropping their first track ‘Leave It Out’ shortly before national lockdown, STONE’s rite-of-passage experience of playing gigs was cut short. Despite this, STONE have quickly built a name for themselves across the UK due to their dynamic live shows. Recent single, ‘Stupid’ is another fierce offering and yet another example of why the quartet have quickly amassed a legion of dedicated fans.

Also performing is Sir Elton John-approved Eli Smart. From a very early age, Smart started to develop his own, unique musical lexicon – pulling at strands from musicians such as JJ Cale, Shuggie Otis, Prince and Jorge Ben, while incorporating the traditional music of the Hawaiian islands he grew up on. From the very beginning, Smart has been assured of his own voice, winning over fans around the world in the process.

Opening the event is Bonnie Kemplay, who begun performing at aged 11 after joining a community music club. Here, she explored different instruments and built her confidence. Now aged 19, she has received a host of support for her self-described brand of ‘indie sadcore’, and counts artists such as Soccer Mommy, Julien Baker and Clairo among her inspirations.