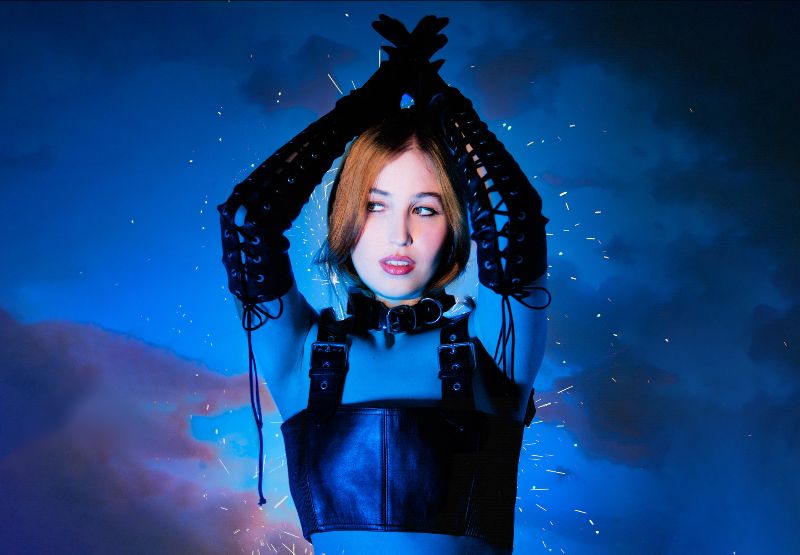 Today Hatchie has shared another indie-pop gem from her forthcoming second album, ‘Giving The World Away’, which is set for release on April 22nd through Secretly Canadian.

Written with the album’s producer, Jorge Elbrecht, during a session in LA in 2020, Hatchie elaborates on the track saying “It started with a drum beat inspired by Siouxsie and the Banshees’ ‘Kiss Them For Me’,  which we had been chatting about the night before when we met up to discuss references for the record. The song is about a tumultuous, secret relationship that is coming to a crossroads. Feeling completely and utterly spellbound by one another, but realising it might not work out despite the fact that no one else has ever made you feel as good as they do. I feel the biggest emotional attachment to this song because it was like a lightbulb moment after feeling unsure of my writing abilities and what direction I wanted to take the album in. I avoided co-writing with anyone other than Joe (Agius) for years because I didn’t think I would thrive in that setting but the two days we worked with Jorge completely changed my mind.”

‘Giving The World Away’ album links:https://hatchie.secretlyca.co/giving-the-world-away

“Lights On“ follows the euphoric, hacienda-ready track “Giving The World Away,” striking yet moody “Quicksand,” and lead single “This Enchanted,” marking the start of a chapter in which Hatchie infuses her dazzling dream-pop and shoegaze tangle with a deeper and more honest portrayal of herself. “There’s more to me than just writing songs about being in love or being heartbroken — there’s a bigger picture than that,” she explains. “This album really just feels like the beginning to me, and scratching the surface – and even though it’s my third release as Hatchie, I feel like I’m rebooting from scratch.”

‘Giving the World Away’ is a sprawling work. Featuring extensive input from longtime Hatchie collaborator Joe Agius, it takes the celestial, shimmering shoegaze and pop sensibilities of her earlier releases, but with the volume knob cranked up tenfold. Built out with percussion from BeachHouse drummer James Barone, its synthed-out, sonic opulence, a more structured and ornate musicality with traces of ’90s trip-hop and acid house influences.

‘Giving the World Away’ is an album about self-confidence, about reclamation, about the strange time in young adulthood where you begin to finally be able to see yourself clearly. Incisive and probing, it is the clearest look at Hatchie yet, and a relic of the power and bravery that spring forth from embracing vulnerability and putting your heart on the line.

‘Giving The World Away’ will be released on April 22nd on Secretly Canadian. Pre-order & pre-sale links here.