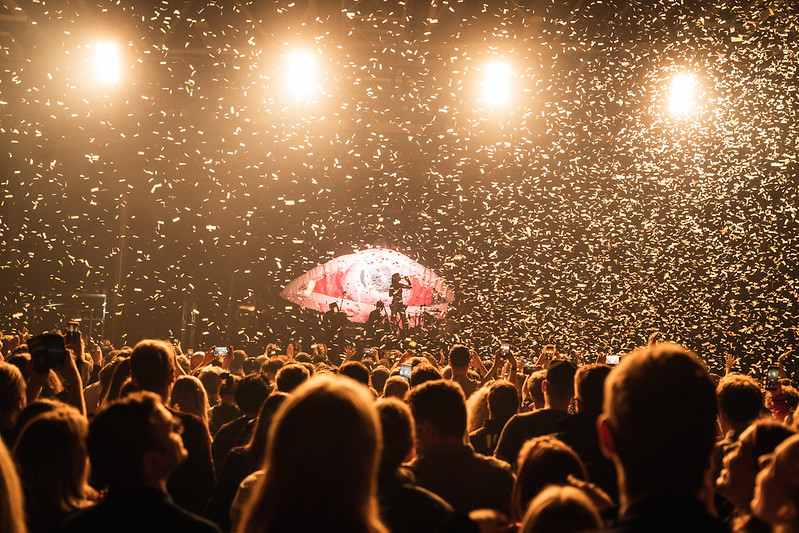 Today Iceland Airwaves announces its return to Reykjavík’s iconic downtown home for the first time in three years and reveals the first fourteen acts on the line-up.

Always bringing together the most exciting new names from around the world with a breathtaking array of the hottest new Icelandic talent, the initial selections for 2022 suggest this year’s highly curated line up mixes some of the biggest names with all the most bubbling breaking acts, all awaiting discovery between 3-5 November 2022.

Leading with one of Britain’s hottest artists right now Arlo Parks makes her Icelandic debut off the back of sweeping Brit Awards and Mercury Awards last year, and is now nominated for two Grammy Awards this year. Also joining from the UK is the quintessentially English modern pop outfit Metronomy, known for engaging stage performances and over a decade of beloved indie hits.

Ferocious Aussie four-piece Amyl & the Sniffers will round off a huge year in Iceland this November, being right at home among the country’s legendary underground DIY music scene. Cited by The Guardian as “the most exciting rock’n’roll band in decades” and led by live wire singer Amy Taylor, this moment will not want to be missed! Hailing from Vancouver, Canada, the multimedia collective Crack Cloud will also bring their unconventional talents to the North Atlantic’s biggest party.

Homegrown acts featured in today’s first announcement include the 8-piece rap collective on a roll Daughters of Reykjavík, the young and aspiring Árný Margrét, a guitarist and singer with the voice of an angel, producer gugusar who is undoubtedly a star on the rise in Icelandic music, everyone’s favourite heavy rock band HAM, the post-classical composer on the rise Eydís Evensen and the newest designated party band FLOTT. With a reputation for diverse, inclusive and experimental sounds, Iceland Airwaves is set to satiate the most curious music of fans again this winter.

With this news comes a number of exciting new developments for the beloved international new music showcase event this year. Now spread over 3 days, an expanded off-venue programme pulls in the wider Icelandic arts community to host events right throughout the city in what is set to be the biggest and most diverse display of talent Iceland has seen in years. Expect everything from secret concerts, fashion and art shows, clothing markets, poetry readings and more.

All the iconic venues and cornerstones of the festival are confirmed for the official programme, including Reykjavík Art Museum, Gamla Bíó, Iðnó, Fríkirkjan Church, Gaukurinn and Húrra with more to be revealed as the line up grows.

Iceland Airwaves is dedicated to booking gender-balanced line-ups as part of the festival’s ongoing work with Keychange, and having honoured the pledge just as soon as it was signed in 2019, gender-parity still remains a vital part of what the festival represents and the community of creatives that it reflects.

Tickets – which remain fixed on 2019 prices – are on sale now, and soon to be joined by a range of international travel packages via Icelandair. For more info visit: https://icelandairwaves.is/tickets/