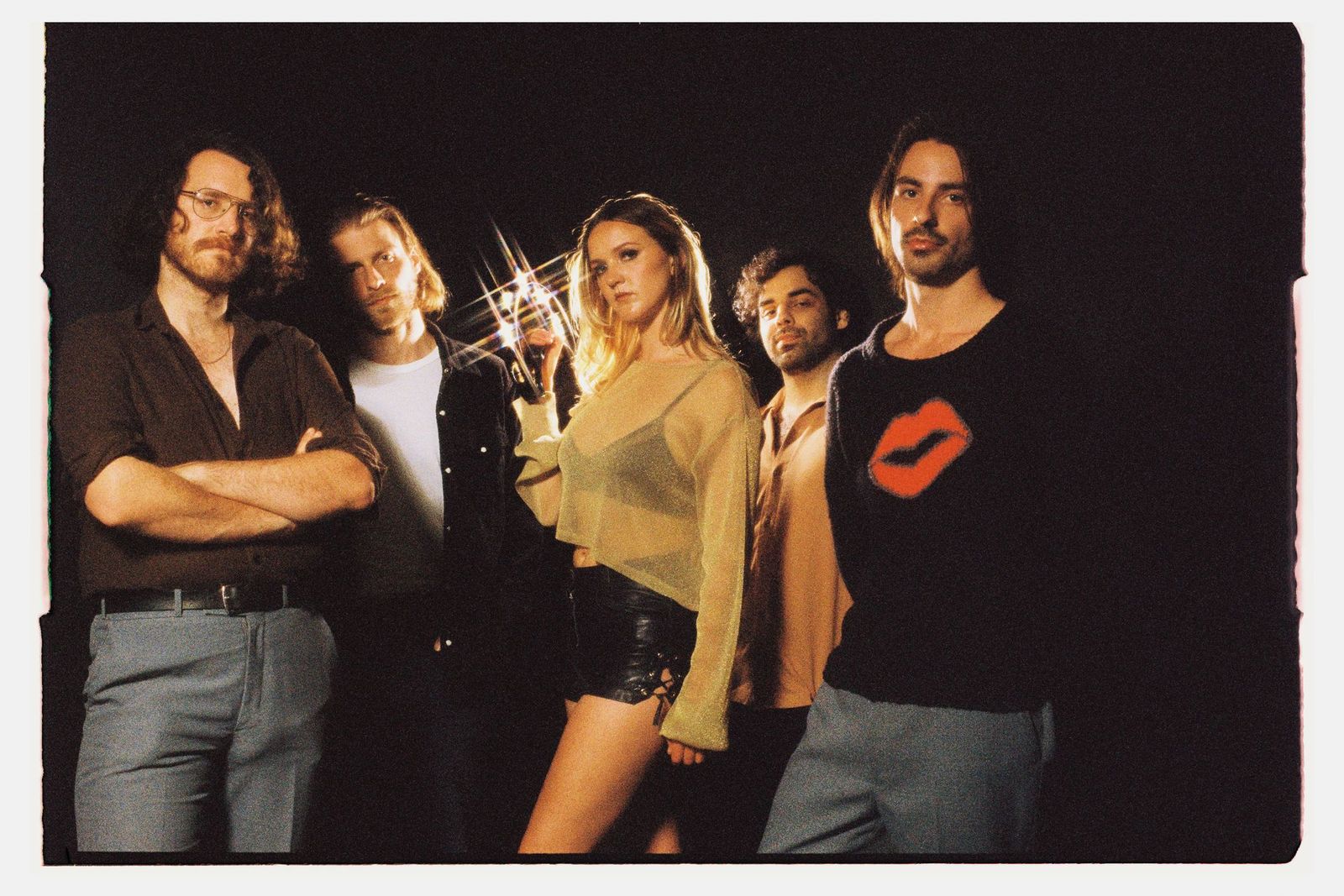 Melbourne’s power pop group Romero have today released the melancholic epic ‘Halfway Out The Door’, the second single from their upcoming debut album Turn It On! out 8th April 2022 via Feel It/Cool Death Records. Pre-order here.

A soulful 70s ballad with a hat tip to J Mascis (Dinosaur Jr.) and Memphis, ‘Halfway Out The Door’ exemplifies the thematic fork in the road prevalent throughout the record.  Alanna Oliver reflects “I dated this guy on and off for years, who wouldn’t leave me but wouldn’t exactly love me either. ‘Halfway’ is written about him and my eventual commitment to myself.” The new music is accompanied by mesmerising visuals courtesy of Megan O’Keefe, depicting a highly saturated suburban Melbourne romance.

Of the video, O’Keefe states “Dave [drums] had a strong vision and pushed to use my mum’s old Panasonic camcorder to film this video. It makes for a more authentic storyline and the aesthetic of this footage was really fun to play within the edit. This is an emotional song, the ‘flashback’ footage helps convey that. This video is a beautiful chaos, take from it what you will.”

As a body of work Turn It On! refuses to keep the foot off the pedal with its air-pounding anthems of relatability via Oliver’s shining vocal delivery. Mastered by Mikey Young (Total Control, Eddy Current Suppression Ring) and engineered by Andrew ‘Idge’ Hehir at Soundpark Studios in Northcote, the sharp production catapults the duelling yet complimentary guitar-play to the very front. Meanwhile, nothing is lost on the unique, intertwined rhythm and STAX RECORDS-like bass grooves. Thematically, the record deals with endlessly restarting, mulling over the unsaid, resisting controlling forces in a deteriorating relationship, and the emotional strain of uncertainty. The see-sawing experience of life mirrors the sonic and emotive shifts of Turn It On! to offer a fluid sense of home, hope and pure optimism for what’s on the other side of this spell.

Romero was identified as one to watch in the underbelly circles of mail-order punk, selling out multiple pressings of their debut double-A side Honey / Neapolitan in 2019. Their independently released 2020 follow up single ‘Troublemaker” landed them placement in NME 100 and airplay on triple j, KEXP and NPR. The hotly anticipated announcement of Turn It On! drew support internationally from the likes of CLASH, DIY, Pitchfork, FADER and Stereogum. Having teamed up with some of the last bastions of DIY punk, Cool Death & Feel It Records, Romero’s debut stands alongside cherished modern classics by Low Life, Tyrannamen, Sweeping Promises and POWER.

Turn It On! is out 8th April 2022
via Feel It Records / Cool Death Records
Pre-order