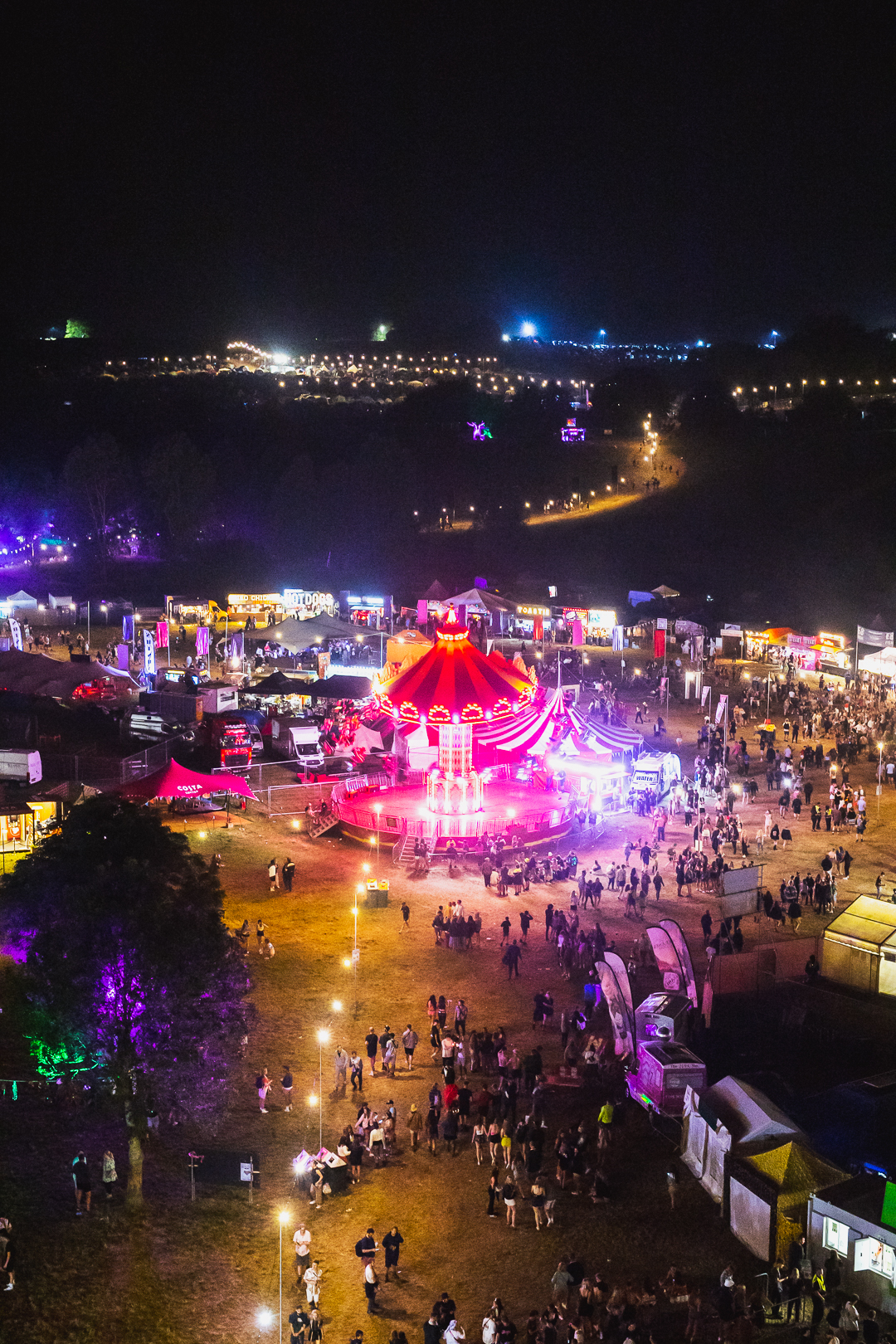 With over 40 new names joining an already packed poster, all you need to know for where and when to find your favourite acts across the four day weekend is unveiled here. More big names are joining the party too, as Hertfordshire’s very own Declan McKenna is now set to make a huge appearance on the main stage on Saturday night. Growing up just down the road in Cheshunt, Declan’s star has risen to astronomical heights in the last few years as he takes place as one of the UK’s biggest songwriters, most known for his megahit single ‘Brazil’. He now follows in a rich tradition of Standon Calling hosting hometown heroes with the likes of George Ezra gracing the stage back in 2018 and Welwyn Garden City’s The Subways appearing this year.

Also hitting the main stage on Saturday and joining the line up today are the indie rock icons Razorlight. Having recently reunited their original lineup of Johnny Borrel, Andy Burrows, Björn Ågren and Carl Dalemo to work on their fifth studio album, this band are no strangers to the biggest UK arenas and sure to bring it all to Standon Calling this July.

Getting the party started early are Thursday headliners Madness, who hand over to the effervescent pop star Anne-Marie on Friday night, before Loyle Carner makes his mark on Saturday evening and closing the show with an epic display are the one and only Primal Scream on Sunday night. All will be delivering the biggest Main Stage moments and topping unbelievable daily schedules packed with the likes of Craig David Presents TS5, Sigrid, Sugababes, Example, John Grant and more in the main arena. Elsewhere exciting new names join the Laundry Meadows bill today, from The Mysterines to the buzzy new Lime Garden, alongside previously announced Sleaford Mods, Kojey Radical, The Cribs, Yard Act, Kelly Lee Owens and more all coming together in Hertfordshire this summer.

As a result of the festival’s ongoing work with Keychange since 2018, Standon Calling has this year achieved a fully gender-balanced line up and stands as the first mainstream UK music festival to hit the target in 2022. A big positive step proving it’s possible, with over 50% of the acts identifying as female or non-binary across all the music stages, and with representation right at the top of the bill with Anne-Marie headlining the main stage on Friday night.

Commenting on the positive news, Francine Gorman, Keychange Project Manager (UK) said, “Standon Calling are setting a great example to the global festival community by giving under-represented artists their rightful space on a prominent festival stage. We hope that others will be encouraged to follow suit and to take positive action towards achieving gender equality throughout the music industry.”

Elsewhere on Electric Willows you’ll find the likes of Grandmaster Flash, Basement Jaxx (DJ Set), Jodie Harsh, Artful Dodger, DJ Yoda, Colleen “Cosmo” Murphy and more, with Hospitality and Secretsundaze bookending the weekend at the Cowshed with their own curated mix of DJs. The party vibes don’t stop there, with The Cuban Brothers, Uncle Funk’s Disco Inferno, Club De Fromage and even the Fromage Juniors Kids Disco happening throughout the weekend – so no excuse not to move your feet!

The Lawn stage in partnership with Agile Rabbit reveals a fascinating programme of inspiring and educational talks, conversations and live podcasts spanning the wondrous world of science, history and more. Headliners this year include environmentalist and diversity activist Dr Mya-Rose Craig aka Bird Girl, legendary evolutionary biologist Richard Dawkins, and A History of Witches and Witchcraft. Coming soon is a full line up of comedy for those up for a laugh on The Lawn!

Festival Founder and Director Alex Trenchard says: “Seeing the full line-up poster in all of its glory is one of my favourite moments in the lead up to the festival. Every year I get a real sense of how the festival is evolving from year to year and this year particularly there’s so much to be excited about. I’m particularly proud of the whole team’s efforts in booking our biggest, most genre-spanning, and gender representative line ups yet. I’m starting to imagine the weekend playing out and I really look forward to bringing it all to life this summer!”

Standon Calling takes place between July 21st-24th 2022 at Standon Lordship in Hertfordshire, and is known for its inclusive family-friendly atmosphere. Bringing together big name headliners, the most exciting new acts, with an unrivalled arts, talks, comedy, wellness, crafts and children’s entertainment programme headlined by Dick & Dom DJ Battle, Horrible Histories Live and Mr Motivator MBE, Standon Calling packs all the fun into 4 full days of festivities. Enjoy the famous Dog Show, themed Costume Parade, Laser Tag, Swimming Pool and Hot Tubs and much more besides, all alongside an incredible array of food & drink on offer.

Standon Calling tickets are on sale now, and are available from: http://www.standon-calling.com/tickets

THE LAWN: RICHARD DAWKINS: FLIGHTS OF FANCY, DR MYA ROSE-CRAIG: BIRD GIRL, THE SCIENCE OF DIETS WITH GILES YEO, THE SCIENCE OF WITCHES AND WITCHCRAFT, THE SUPERMASSIVE PODCAST, THE MAN WHO TASTED WORDS, SAVING THE BEES, THE HEALING POWER OF NATURE, DO DINOSAUR FOSSILS LIE?, GREEN PLANET: BEHIND THE SCENES, BEAVERS, BIRDS AND REWILDING WITH DEREK GOW, LESSONS LEARNED FROM THE UNIVERSITY OF LIFE, WHY DO PEOPLE BELIEVE IN CONSPIRACY THEORIES?, A SHORT HISTORY OF PORNOGRAPHY, THE FUTURE OF ARTIFICIAL INTELLIGENCE, HOW NEUROSCIENCE CAN PREDICT YOUR FUTURE, LIFE IN DISTANT SOLAR SYSTEMS, UNDERSTANDING WILDFIRES AND CLIMATE