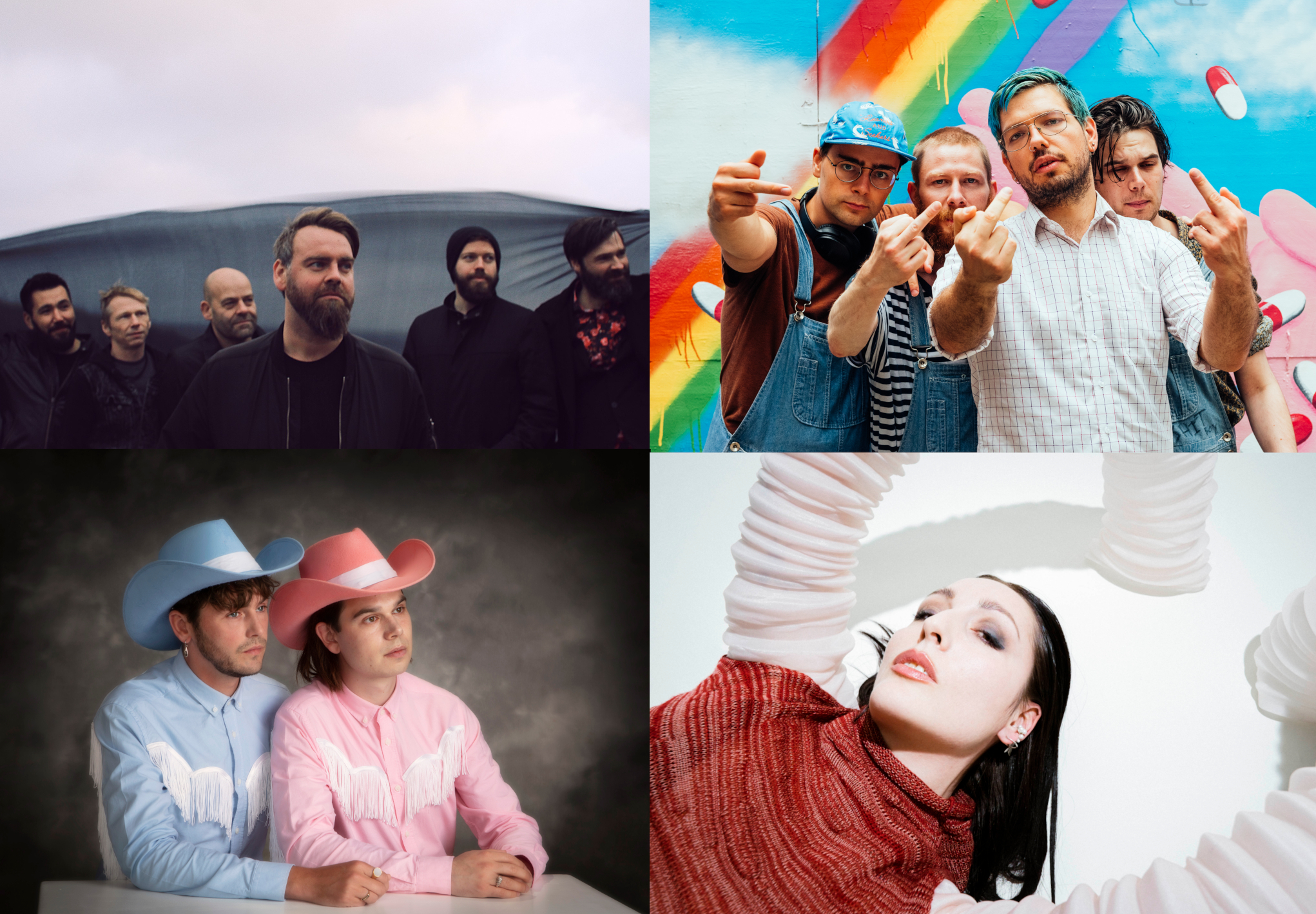 The Great Escape adds four acts from The Faroe Islands!

The Great Escape has announced more names performing at this year’s festival today, including four acts from The Faroe Islands, Joe & The Shitboys, Brimheim, Kóboykex and Marius Ziska.

Following last year’s online showcase – which featured footage of an underground club show by Joe & The Shitboys, a acoustic set from Grammy-nominated singer Greta Svabo Bech in a stunning natural setting, and the young rapper Marius DC tearing up an office during a raucous set – The Great Escape is firmly staking its claim for Faroese music discovery in 2022.

Since the festival launched in 2006 there’s been little to no representation from the North Atlantic archipelago, and now this May will see four exciting new artists booked to perform as part of the official programme – a true testament to the bourgeoning creative scene currently emerging from these remote and largely unknown islands.

Returning after their first and wildly celebrated headline UK tour last year, Joe & The Shitboys have already started winning over new fans in the UK with their immediate and witty bursts of punk promoting a gloriously loud bisexual vegan manifesto. Another name already familiar with UK tastemakers like Loud & Quiet and The Line of Best Fit is the singer songwriter Brimheim, who comes baring emotional, intimate grungey pop inspired by the likes of PJ Harvey and Caroline Polachek.

Newly formed duo Kóboykex are yet to release their debut single but have already earned some hype at home for their charming and bold “western/electro” aesthetic, and join the line up alongside Marius Ziska, who’s impressive voice and heartfelt songwriting has been likened to Bon Iver and The National. The combination of these four acts showcases the seemly boundless breadth and variety of music styles bursting from the Faroe Islands right now. With a total population just shy of 50,000 people, the creative community punches way above its weight, fuelled by its untouched status from wider international music industry and is all the more unique for it.

All artists will be playing a minimum of two sets between 11th – 14th May, including a showcase presented by The Faroe Islands’ leading summer music festival G! and the Faroe Music Export. Through their inaugural collaboration, festival goers have the chance to not only discover these amazingly talented artists but also find out more about the wonders of G! Festival. This incredible and unique event is unlike any other – held on the beach in a seaside village called Gøta every July, it was recently described by The Guardian as “Probably the wildest event on the festival calendar”.

The Great Escape returns to Brighton for first time in three years and is set to bring over 300 artists to 30 venues around the city this May. Other acts performing include Yard Act, Enny, Baby Queen, Alfie Templeman, Priya Ragu, The Amazons, The Hara, Billy Nomates, Bilk, Memes, Flowvers, Harvey J Dodgson and more, and has previously helped launch some of the biggest Nordic artists like Sigrid, Aurora and Mø, who all played the festival early on in their careers. This year, with a focus on The Faroe Islands, all these acts look destined for equally big things in the months and years ahead.

The Great Escape’s Head of Music Adam Ryan said, “The Great Escape Festival is super excited to partner with FMX and G Festival. I’ve been taken back by the depth of talent, range of genres and number of applications we have received. Hopefully this partnership will provide an important stepping stone into the wider European music market for emerging artists from the Faroe Islands for many years to come.”

Glenn Larsen, Head of FMX, adds: “Getting so much space in such an important festival as The Great Escape is of course something we are very, very happy with. This is something that will be noticed by the entire music industry throughout Europe. Now we look forward to May.”