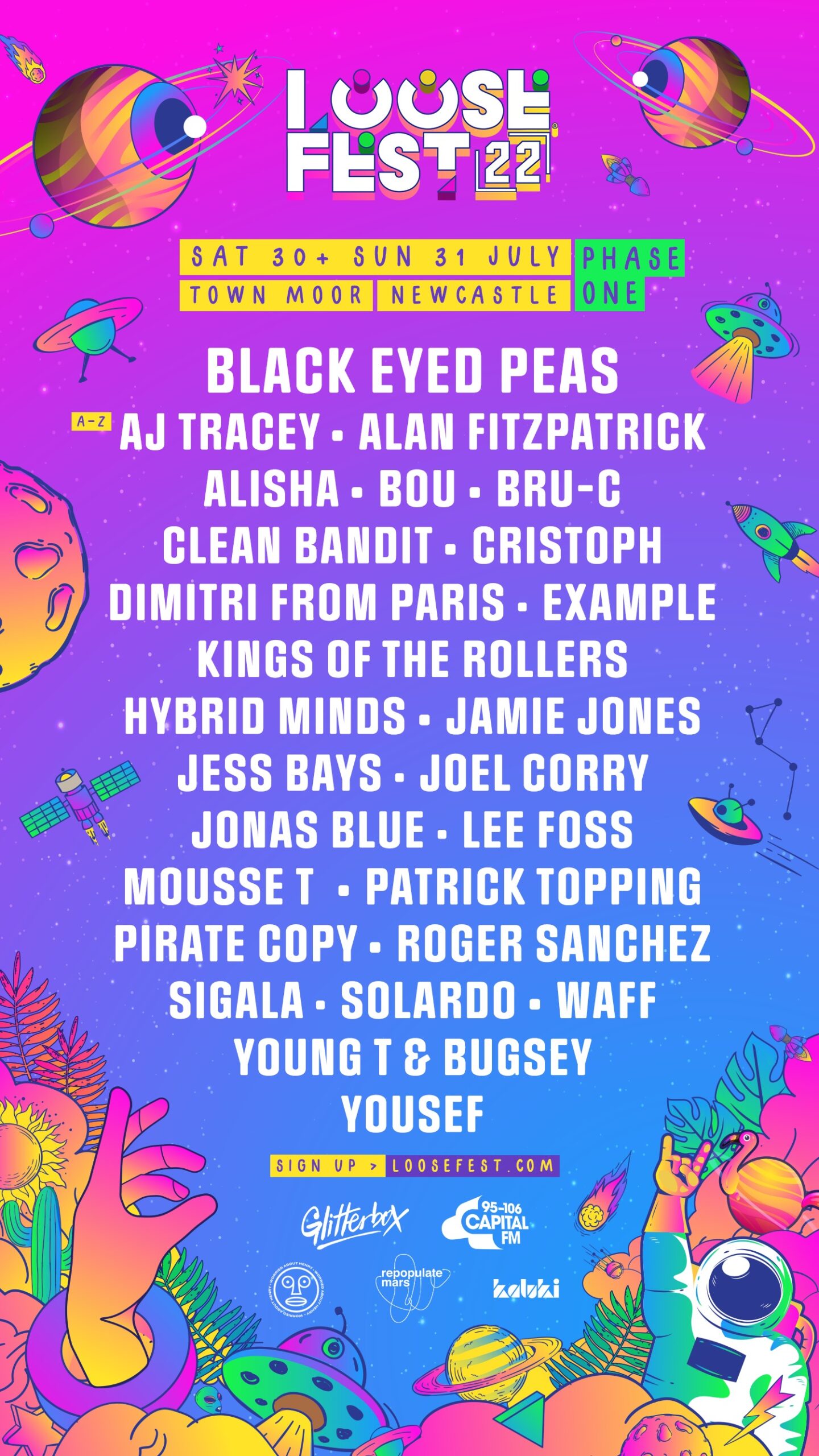 Promising huge festival production and an even bigger atmosphere, the festival is taking place on the city’s famous Town Moor. Festival goers can expect multiple all-weather stages, a carnival big top, Ferris wheel and street food village at what is expected to be a major event on the UK festival calendar this summer.

PRE-RELEASE tickets go on sale from 1:00pm this Friday 25th March. With up to 60,000 festival attendees expected over the weekend, first access to discount ticket tiers are only available by registering your interest before Friday at LooseFest.com. A range of day and weekend tickets will be available, along with VIP options.

The LooseFest festival organisers are expecting several day & weekend ticket tiers to sell-out ahead of the general release on Saturday 26th March at 1:00pm after an incredible 36,000 pre-sale registrations online.

One of the founding members of LooseFest, Simon Sykes said; “We are delighted to be working with some of the biggest brands and artists in the industry and have had a staggering response so far from right across the country. It’s going to be an amazing weekend of entertainment this summer – with 5 stages, huge festival production, a street food village, a carnival fun fair with ferris wheel and so much more”.

Follow all the latest LooseFest updates on their socials: