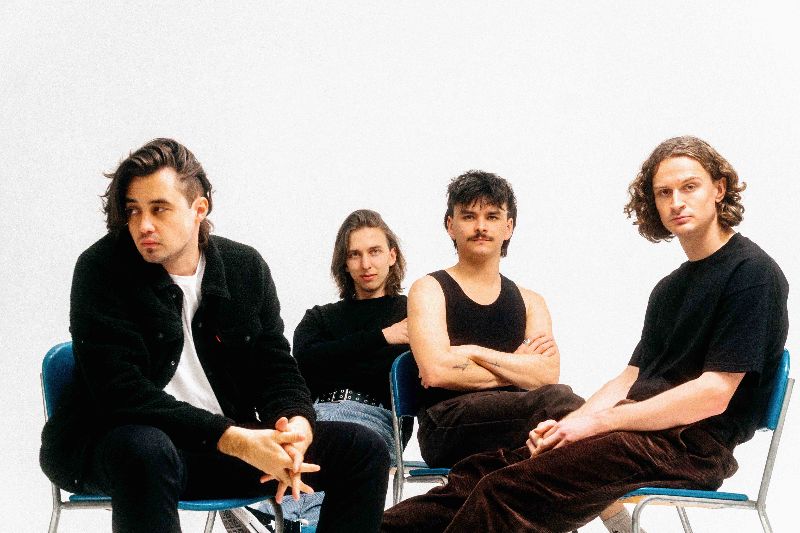 “‘ERA’ is about closing one chapter of your life, and beginning the next,” comments bassist and keyboardist Stephen Beerkens. “Reminiscent of our own journeys up until this point, the song touches on the trials and tribulations we face every day, as well as the aspects in our lives we’re grateful for.”

The track follows previously released adrenaline-charged “The Hills” which was picked as a ‘Future Artist’ with Jack Saunders on Radio 1 and driving pop-rock anthem “Ease My Mind,” all taken from the band’s forthcoming sophomore album, to be announced later in 2022.

The Faim will embark on a UK & EU headlining tour this summer that will include performances at major festivals Rock am Ring, Download Festival, Rock in Werchter, La Nuit De l’Erdre, Musilac, and more. For more information, visit http://thefaim.com/.

Since forming in Perth, Australia in 2014, The Faim (French for “the hunger”) ​​have built up a strong global following. They have performed at major festivals including Reading & Leeds Festival, Slam Dunk Festival, Lollapalooza Berlin, and have sold-out headline shows around the world. They have accumulated over 140 million streams globally, having written and worked with the likes of Pete Wentz (Fall Out Boy), Mark Hoppus (blink-182), Josh Dun (Twenty One Pilots), and Ashton Irwin (5 Second of Summer). The band’s 2018 single “Summer Is A Curse” was featured in an advertising campaign for Jeep, while the likes of Coca Cola and MTV have licensed the band’s music as well. To date, the band have released one EP (Summer Is a Curse, 2018) and one debut full-length album (State Of Mind, 2019) receiving praise and support from Spotify, Apple Music, Amazon Music, Deezer, BBC Radio 1 (UK), Idobi Radio (USA), Kerrang! (UK), Rock Sound (UK), Billboard (USA), Forbes (USA), Alternative Press (USA), and more.

The Faim have proven themselves as a group of musicians who are all about making genuine songs that bring people together and create a community. “Our hearts and souls are on our sleeves 100 percent of the time” shares Beerkens. “The goal is to play music we love for our entire career.”