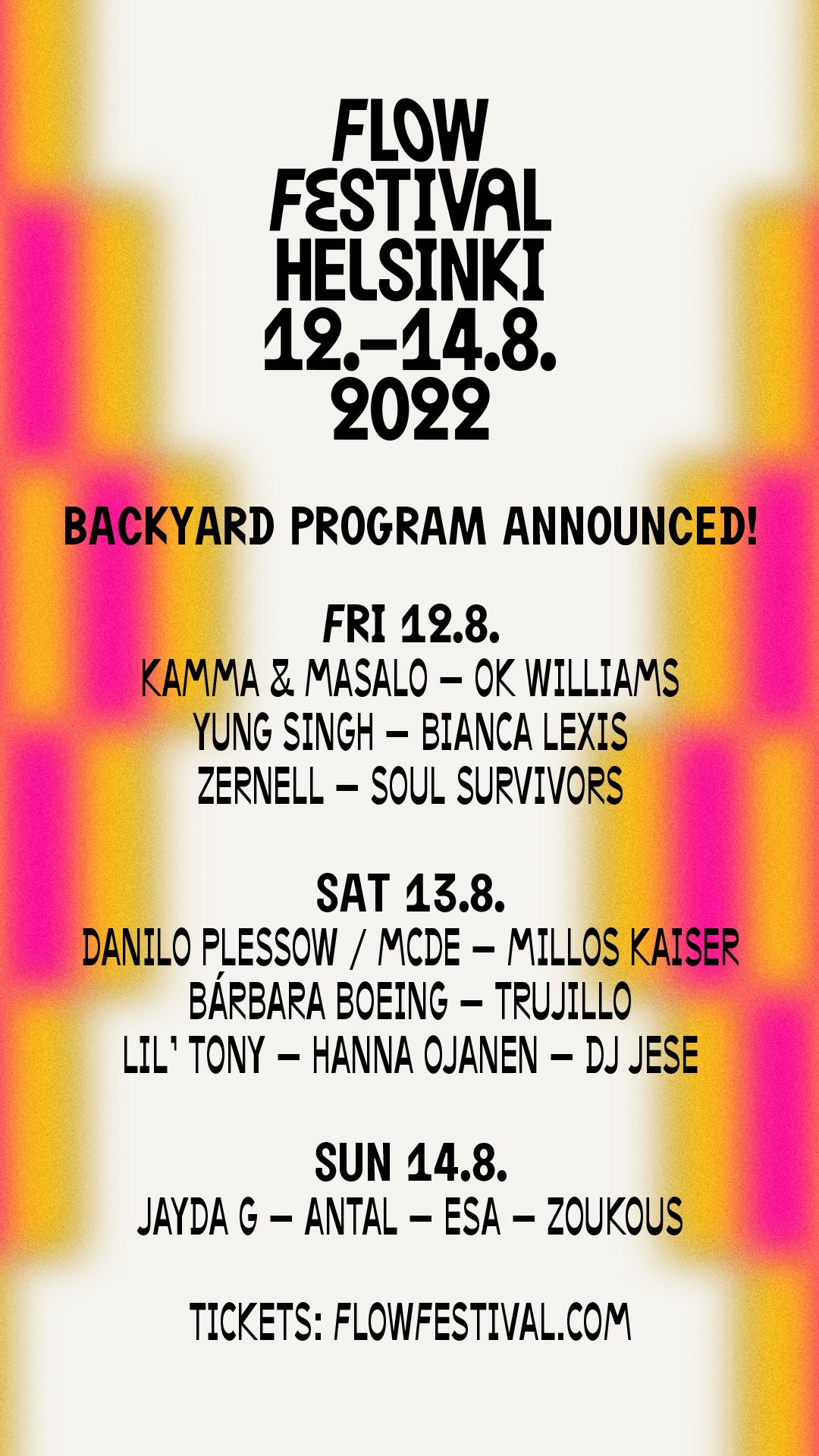 Flow Festival’s exceptional DJ and club music program is reinforced as the festival announces an extraordinary lineup for its feel-good open-air venue, Backyard.

Flow Festival’s Backyard is a lush oasis full of positive vibes for club music enthusiasts in the post-industrial Suvilahti area. This year, Backyard will host a wide-ranging selection of DJs and club music ranging from house and disco to soul. Backyard will present Danilo Plessow, also known as Motor City Drum Ensemble, an influential DJ and producer renowned for his excellent knowledge of music as well as his technical wizardry behind the turntables. In addition, Grammy-nominated producer and DJ Jayda G, with her fresh take on house music, and Antal, the central figure of Amsterdam’s club scene and founder of the legendary Rush Hour label, will bring their sets to Backyard.

Additionally, DJ duo Kamma & Masalo, who mix disco, acid, African, and percussive sounds, and OK Williams, whose sets have charmed audiences both at Glastonbury and in Boiler Room, arrive to play at the atmospheric Backyard. Also bringing their sets to Flow are Yung Singh, named Breakthrough DJ of the year by DJ Mag, drawing inspiration from his rich Punjabi-Sikh heritage, and the ambassador of South-Africa sound, DJ and producer Esa.

Joining Backyard’s impressive lineup are Millos Kaiser, presenter of Brazil’s rich and versatile musical tradition, Bárbara Boeing, one of the most renowned DJs of alternative electronic music in Brazil, and Bianca Lexis, an impressive multifaceted selector. Added to the lineup are also Venezuelan Trujillo, who curated a notable collection of Balearic music Ritmo Fantasía for Soundway, and Zernell, with a career of over 30 years and the host of his radio show on NTS.

Flow Festival takes place in Helsinki, Finland, on the 12th–14th of August 2022. The festival will host around 150 artists. Already announced acts are: