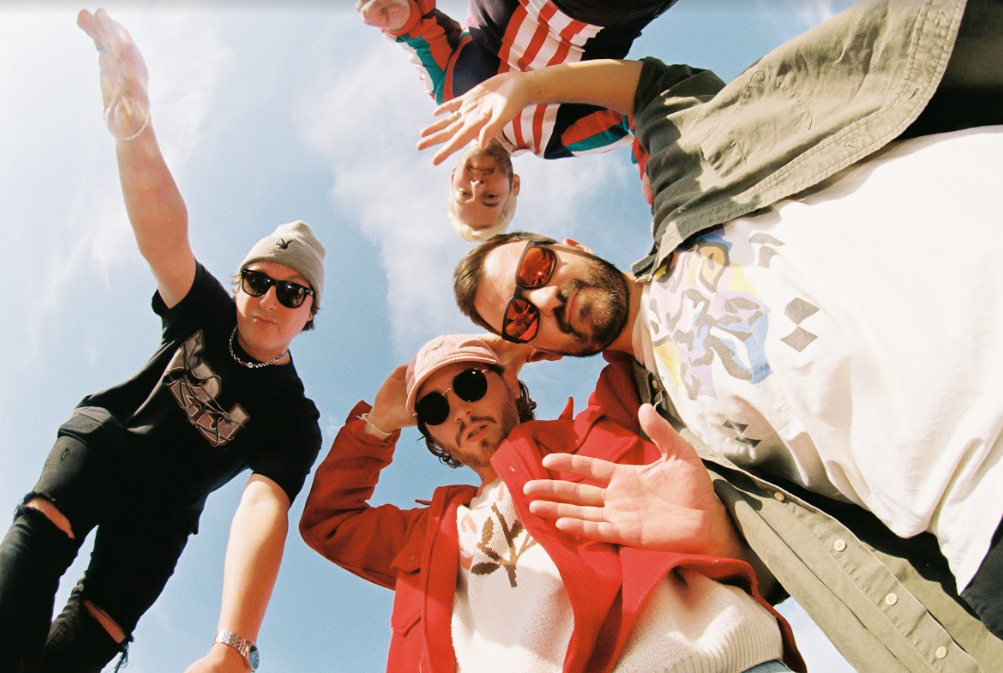 Pop-punk powerhouses State Champs have shared their newest single and music video “Eventually“. On the surface the track seems to tell a story about a conflict between two separate individuals, but in reality, it tells the all-too-familiar story of a mental and physical battle within one person. Paired with a music video filled with behind-the-scenes footage, the dynamic track finds State Champs at the top of their game.

On the new track, the band shares: “In the past few years, I’ve had my first real experience with mental health issues, as well as some physical battles that have affected my thought process on the future. This song is about facing those things head on. I’ve never been one to open up about these things, so I hope if anyone relates to ‘Eventually’ even in the slightest, it lets them know that it’s ok to have these feelings and to talk about them. Writing this song motivated me to take the necessary steps to get my mind and body back to a healthy place, and I hope those listening are able to do the same.”

“Everybody But You“, featuring Ben Barlow of Neck Deep, was released alongside a high-energy music video that featured cameos from long-time friends Tyler Posey, Lil Aaron, Kelen Capener, and many others. “Everybody But You” recently surpassed one million streams on Spotify and one million views on YouTube. The video is available to stream now here.

“Kings of The New Age is our fourth album, the one that we spent the most time on, and the one that makes the biggest statement,” the band says about the new album. “After writing over 30 songs, we narrowed it down to 11 that best represent our mission as a band, and sonically, match the energy level we wanted to captivate heading into this new chapter.”

Album four is often when a beloved rock band shifts gears, frustrating longtime fans, searching for a more “mature” sound. State Champs raise a joyous middle finger to that trope with Kings Of The New Age, an enthusiastic and confident reminder of what the Upstate New Yorkers do best.

Younger than Gen X punk heroes like Billie Joe Armstrong and Mark Hoppus; older than Willow and Trippie Redd; the foursome balances energy and experience. As a new generation resurrects angsty unrest on TikTok and Machine Gun Kelly puts guitars back on the mainstream chart, State Champs double down on the vibrant pop-punk they’ve championed for a decade. They were several steps ahead of the seismic sonic shift. Kings Of The New Age will now claim the crown.

Derek DiScanio, Tyler Szalkowski, Ryan Scott Graham, and Evan Ambrosio deliver a strong message. Produced by Drew Fulk (Lil Wayne, A Day To Remember, Ice Nine Kills) aka WZRD BLD, Kings Of The New Age is a big album, without sacrificing the heart cherished by a legion of fans.

Starting in bedrooms and basements in 2010, State Champs quickly ascended as leaders of a new scene owing as much to early Fall Out Boy and Green Day as latter-day Warped Tour bands. In 2022, Kerrang! declared them “one of the most authentic and well-respected bands in pop-punk.” Over the course of their career, State Champs delivered their music and heartfelt message on extensive tours with bands like Fall Out Boy, 5 Seconds Of Summer, A Day To Remember, and Simple Plan; three different Warped Tours; and a co-headliner with Neck Deep.

Kerrang! gave the band’s first album, The Finer Things, a rare 5K review in 2013. Rock Sound and Alternative Press served up adoring cover stories. Around the World and Back entered the Billboard Current Rock Albums chart at No. 3 and made Rock Sound’s Top 10 Albums of 2015. Living Proof followed in 2018. Billboard called them “modern-day pop-punk torchbearers” the same year. They are an arena-ready rock band with the freedom of punk’s soul. 2022 belongs to State Champs.

Welcome to The New Age.

Kings Of The New Age Tracklist

3. Everybody But You (ft. Ben Barlow)

The band will return the UK in May of this year for a headline tour.