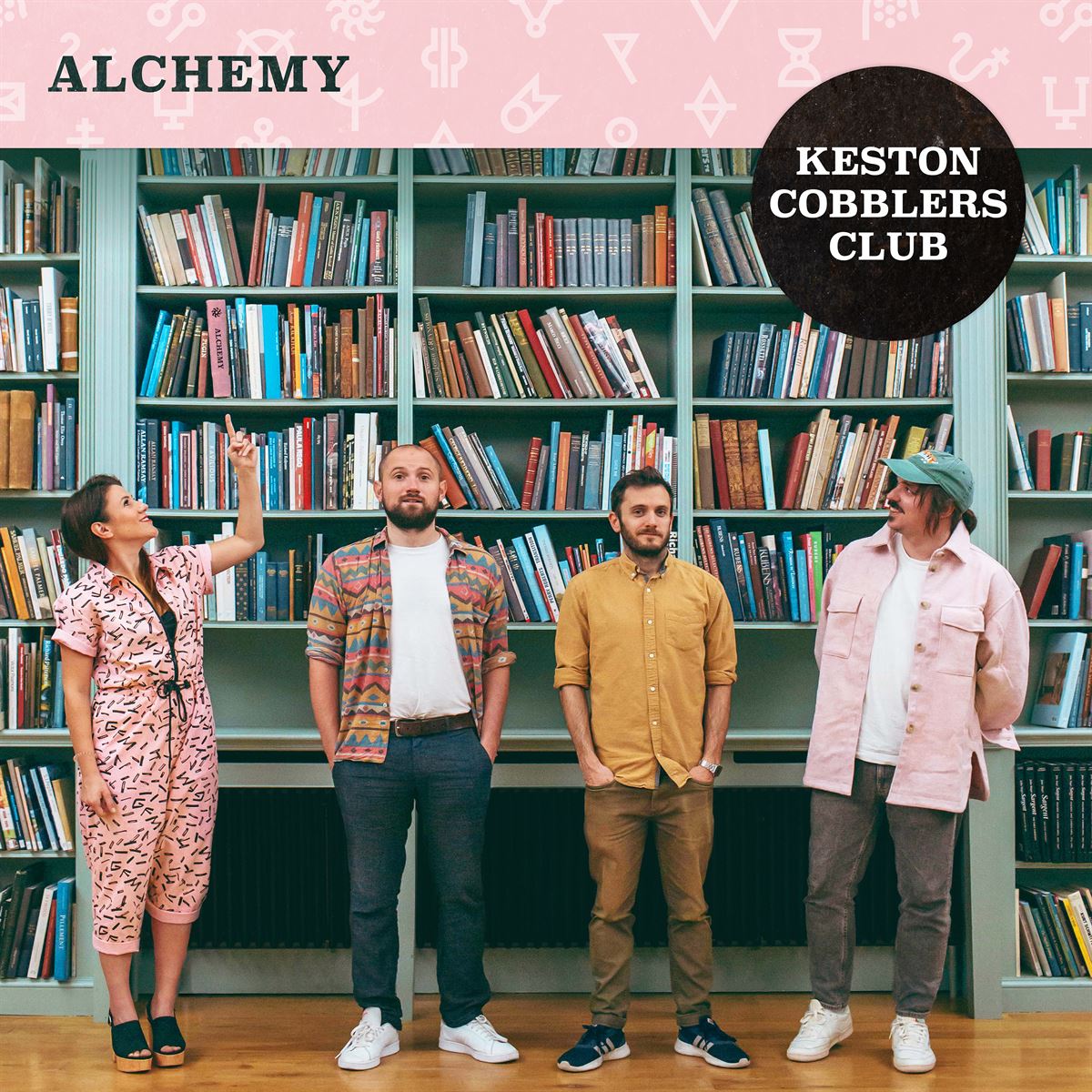 Alchemy is the new album from indie-folk band Keston Cobblers Club. Fronted by siblings Matthew and Julia Lowe, the talented band has released four previous albums and several EPs over a ten year career. They have a modern, melodic folk sound, and are musically strong with very good vocal interplay between Julia and Matthew being a feature of their work.

Alchemy is something of a return to the band’s roots, with a more stripped down musical approach in an album based a tale from local folklore. An alchemist who has dedicated his life to turning base metals into gold, eventually discovers a note explaining that the treasures he sought were always within him. The tracks on the album are generally bright and filled with rousing choruses, built on acoustic guitar and piano, with the occasional characteristic burst of tuba.

Opening track Anthem Of The Alchemist sets the scene for the album in a vivid and well constructed track. The twelve songs that follow explore the core message of meeting life’s challenges in various different ways, with several standing out. Perhaps the best of them is Lullaby For The Wide Awake, which speaks to insomnia through a gentle acoustic folk track with quite beautiful vocal harmonies. Junctions is also very good, telling the story of Italian poet Dante (of Divine Comedy fame) and his lifelong love for Beatrice, a woman he reputedly met only twice but who still inspired a great deal of his work.

Rigmarole is bright with a chorus that fuses tuba and vocals very nicely. The Holiday begins with Matthew’s soaring vocals before Julia responds. Jupiter sees Julia initially take lead vocals in a fast paced track with a synth line sitting just beneath the vocals that adds another melody to a track that’s busy but works well.

Overall this is a good upbeat album based on a traditional folk music approach, but the melodic hooks and a high standard of musicianship throughout give it an appeal to a much wider audience. Mixing good songwriting and some lovely male – female vocal harmonies, the bright and inspiring tracks make this an uplifting listen.