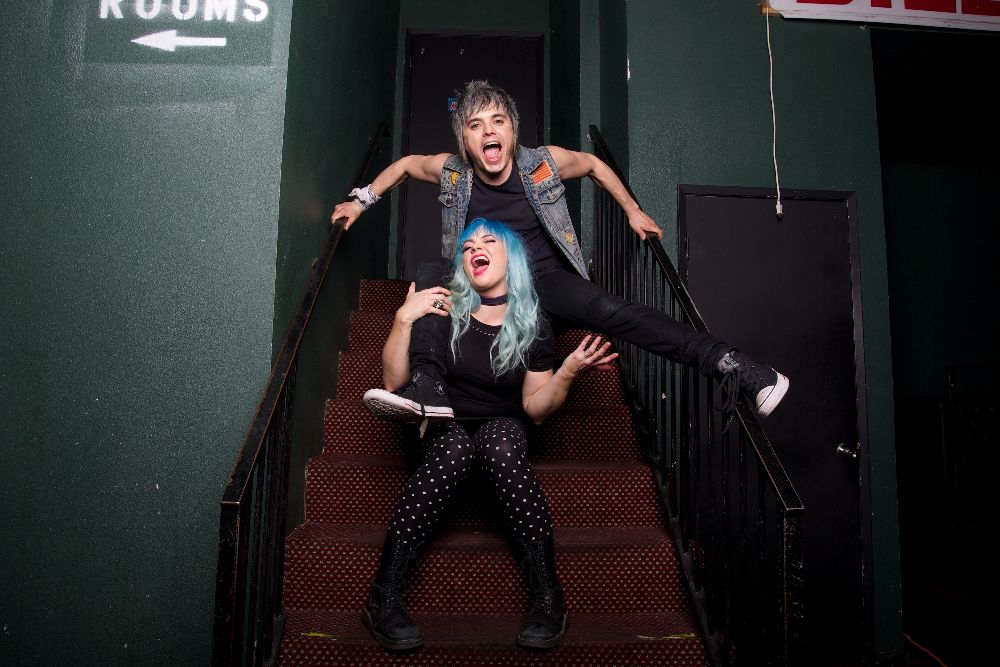 The Dollyrots Release Lyric Video For Just Like All The Rest

Currently raising hell in front of packed crowds as part of the Crowd Surf The UK Tour, Florida bubblegum punk specialists The Dollyrots have some new music to share while they are taking to stages all across the UK.

The Dollyrots recently released Down The Rabbit Hole, a 24 track double album which is a huge collection of B-sides, rarities, alternate versions of songs and other unreleased material. Down The Rabbit Hole can be streamed, downloaded and purchased from a variety of platforms and outlets on this link.

The featured single from Down The Rabbit Hole is the extremely catchy, upbeat “Just Like All The Rest”, for which The Dollyrots recently released a lyric video. Check out the video, which sees Kelly and Luis animated to great effect, below:

As previously mentioned, The Dollyrots are currently on the road supporting their good friends Bowling For Soup on the Crowd Surf The UK Tour. Lit and DJ Matt Stocks are also part of the line up for the tour. The first two nights of the tour in Blackpool and Glasgow have played to huge crowds, and there are another nine shows to go, culminating in a huge London show at the O2 Academy Brixton. The full list of remaining shows and the tour poster follow below.