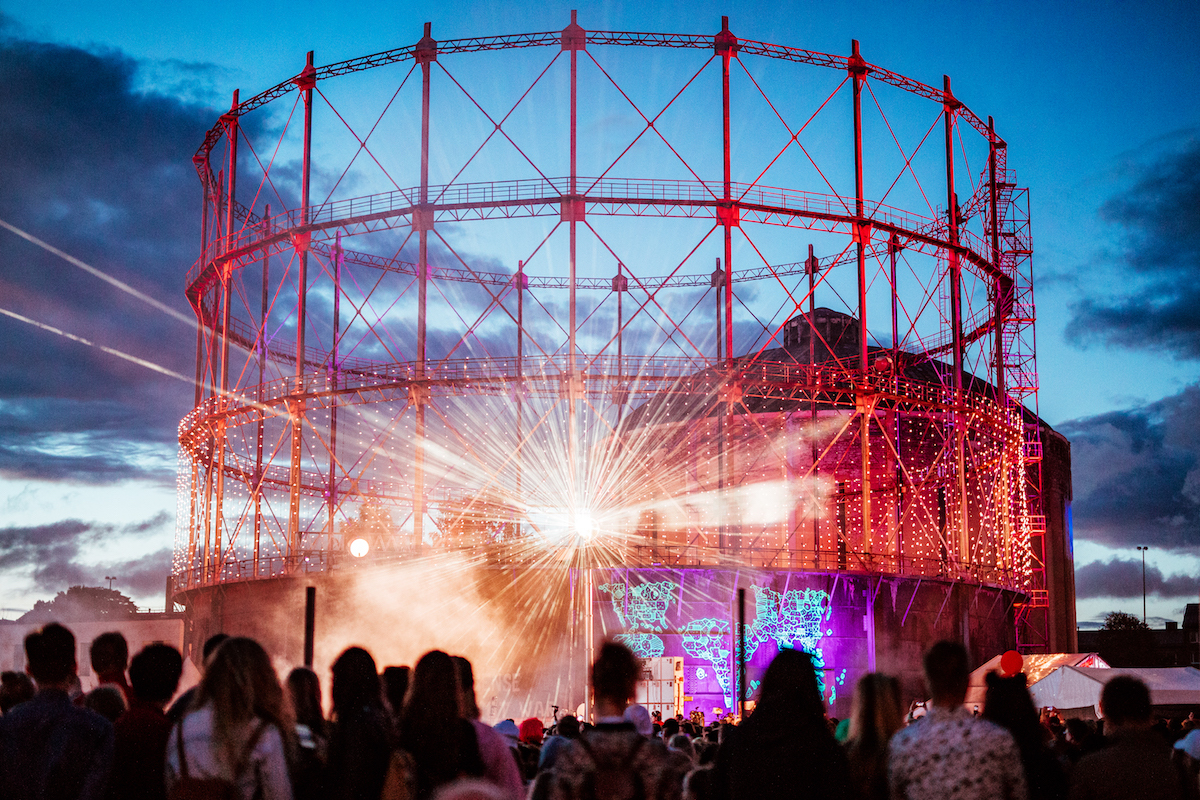 Flow Festival Helsinki 2022 announces its landmark Balloon 360° stage’s lineup including Afro rhythms, world-class jazz, and very special shows. The seated area surrounding the striking round stage will enable the audience to immerse completely in the music in a unique way.
Flow Festival Helsinki returns to its city field this year and is bringing along its Balloon 360° stage which will be presenting a lineup filled with new and renowned names such as one of Africa’s greatest bands, Orchestra Baobab, which celebrated its 50th anniversary in 2020! Adored both at home in Senegal, and across the world, Orchestra Baobab occupies a special place in the history of African music, showcasing a unique blend of Afro-Latin styles, international pop, West African griot music, surrounded by an after-dark West African nightclub ambiance of lifting rhythms. More on Balloon 360°’s program is the great Dhafer Youssef, known best for introducing the oud to jazz music. Set to perform the masterpiece that is Sounds of Mirror, his highly acclaimed tribute to Indian music, Youssef will grace the Ballon 360° lineup accompanied by his band. Also taking the stage are Danish R&B singer Erika De Casier and Nihiloxica, known for combining the rhythms of ancient Ugandan drum music of Buganda with more modern techno sounds.

Another top name on the lineup is trailblazer, performer, composer, educator and Grammy Award nominee Brandee Younger, whose defiant approach towards genres and etiquettes have made her a guiding light for harp music. Alfa Mist, who has steadily established himself as one of the most dynamic and consistent talents to emerge from London’s widely celebrated jazz reformation will join Balloon 360°’s diverse program, as well as London-based duo Kit Sebastian, who knows how to captivate their audience with moments of pure pop bliss and timeless nostalgia.

Other homegrown talents showcased this year on the Ballon 360° stage of Flow Festival Helsinki will include internationally acclaimed singer-songwriter Lxandra, jazz saxophonist Linda Fredriksson presenting their solo project Linda Fredriksson Juniper, and Finnish jazz favourite saxophone player Timo Lassy alongside drummer Teppo Mäkynen. In addition to that incredible lineup, the stage will be mounted by guitarist and musician Pekka Laine together with The Enchanted, globally established harmonica player Johanna Juhola along with her band Reaktori, singer-songwriter Isaac Sene, who charmed the audience across the country in the Finnish Eurovision trials, and multi-talented musician Vilma Jää combining Finnish folk tradition, electronic music, and pop.

The comprehensive and high-quality services surrounding the Balloon 360° stage invite festival visitors to enjoy the area. Along with quality sparkling beverages, the Champagne Bar & Lounge built beside the stage will provide feel-good DJ music during Balloon’s breaks.

The Balloon 360° stage lineup showcases the diverse and unique programme presented by Flow Festival Helsinki, following the recent festival’s news announcing headliners Florence + The Machine, Gorillaz and Nick Cave And The Bad Seeds, as well as highly acclaimed talents Sigrid, Pa Salieu, Princess Nokia, Little Simz and so many more! This year again, Flow Festival Helsinki sets itself as one of the best European festivals to attend, a must for all looking for a unique and immersive experience during the summer holidays.

Flow Festival takes place in Helsinki, Finland, on the 12th–14th of August 2022. The festival will host around 150 artists. Already announced acts are: