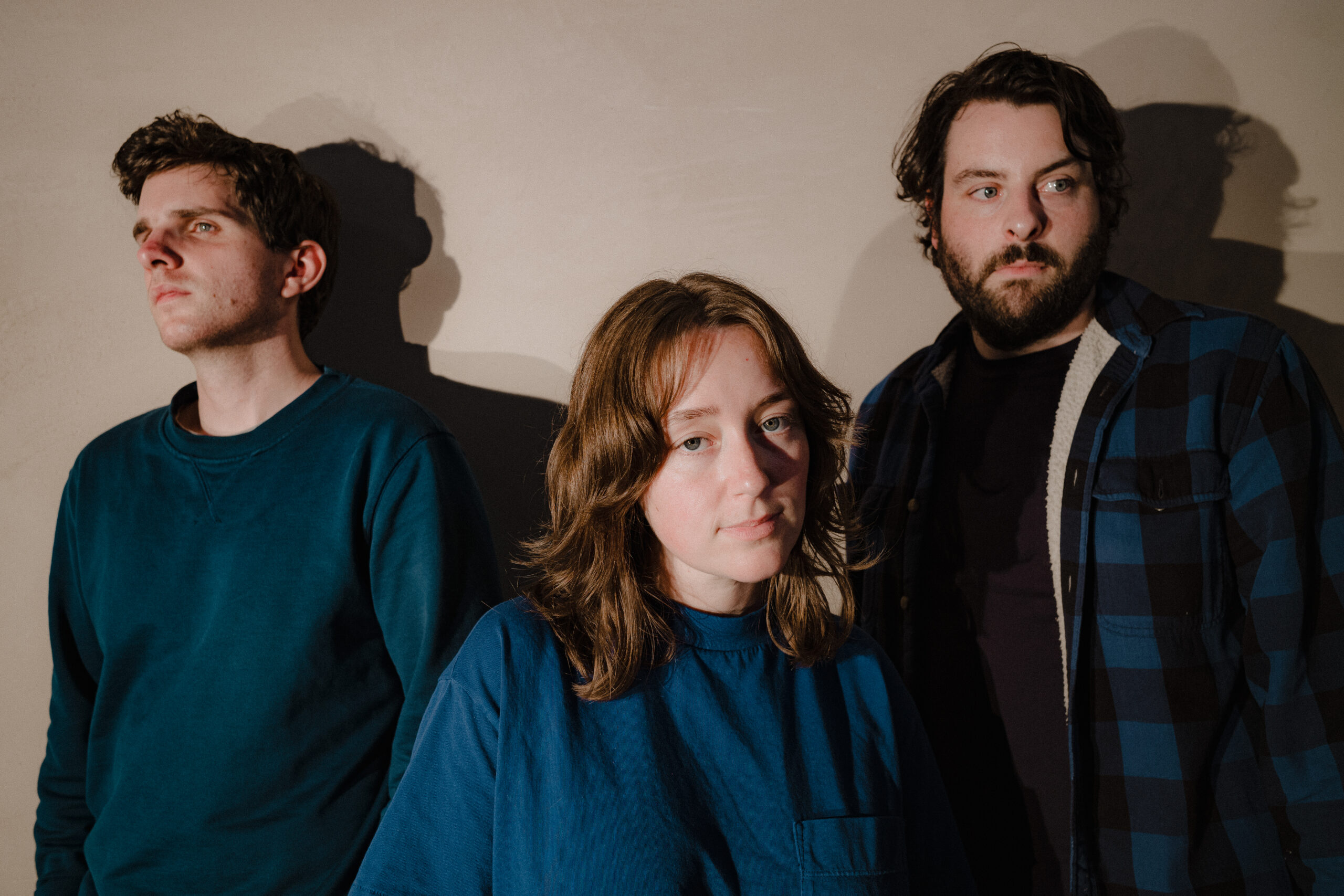 Durkes, Brooks and Vick first set out to collaborate with the intended goal of pitching their music for film and television projects. Durkes, a member of Furman’s band, had just completed work on Furman’s soundtrack for the Netflix series Sex Education and knew Brooks through his own work with Furman. The pair were already familiar with Vick, who had established herself as a prolific cult solo artist with Boy Scouts, and asked if she would be interested in assisting for their gestational soundtrack project. The idea of Art Moore, as a band, or Art Moore was still a ways away.

“We all met up at the studio, and it was never even like, ‘Let’s be a band’, that was never a thing,” recalls Durkes. “It was more like, ‘Let’s write for movies and art projects’ — let’s think of a movie scene or a photograph or still image and see if we can write some shit around it to see if we can pitch it.”

Decamping to a studio in Oakland in January 2020, it quickly became clear that the three musicians worked well together. They fell into an easy rhythm: Brooks and Durkes would work on a track from the instrumental demos they had made together, while Vick sat outside, writing melodies and lyrics. When she was done, she would come inside, lay down what she had written, and the process would repeat. The trio’s remarkable efficiency gave them confidence that they could work on something with more depth than what had been the project’s initial scope.

“Four songs in, I think, after the first recording session, we realised it was going well, and it was pretty efficient,” says Brooks. “Making music with both Sam and Taylor has always been so easy. I record other artists, and it’s pretty rare to be so quickly on the same page with people. We don’t have to say much — we kind of get where each other is coming from. It happens way too easily.”

The band’s first single makes immediately clear how fruitful this collaboration has been. Vick’s gifts as a songwriter are immediately clear and her lilting melodies fit beautifully into the gentle, but richly detailed electronic backdrop composed by Durkes and Brooks. Lyrically she uncovers heartbreaking detail after heartbreaking detail in a song that she describes as being about the experience of loss.

“This song takes the perspective of a widow on a road trip, the thoughts they might have while traveling alone and having conversations as if they’re still around. Snowy is that feeling that someone is right next to you, but you know they can’t be.”

Art Moore’s ‘Snowy’ is out now via ANTI-
Listen HERE