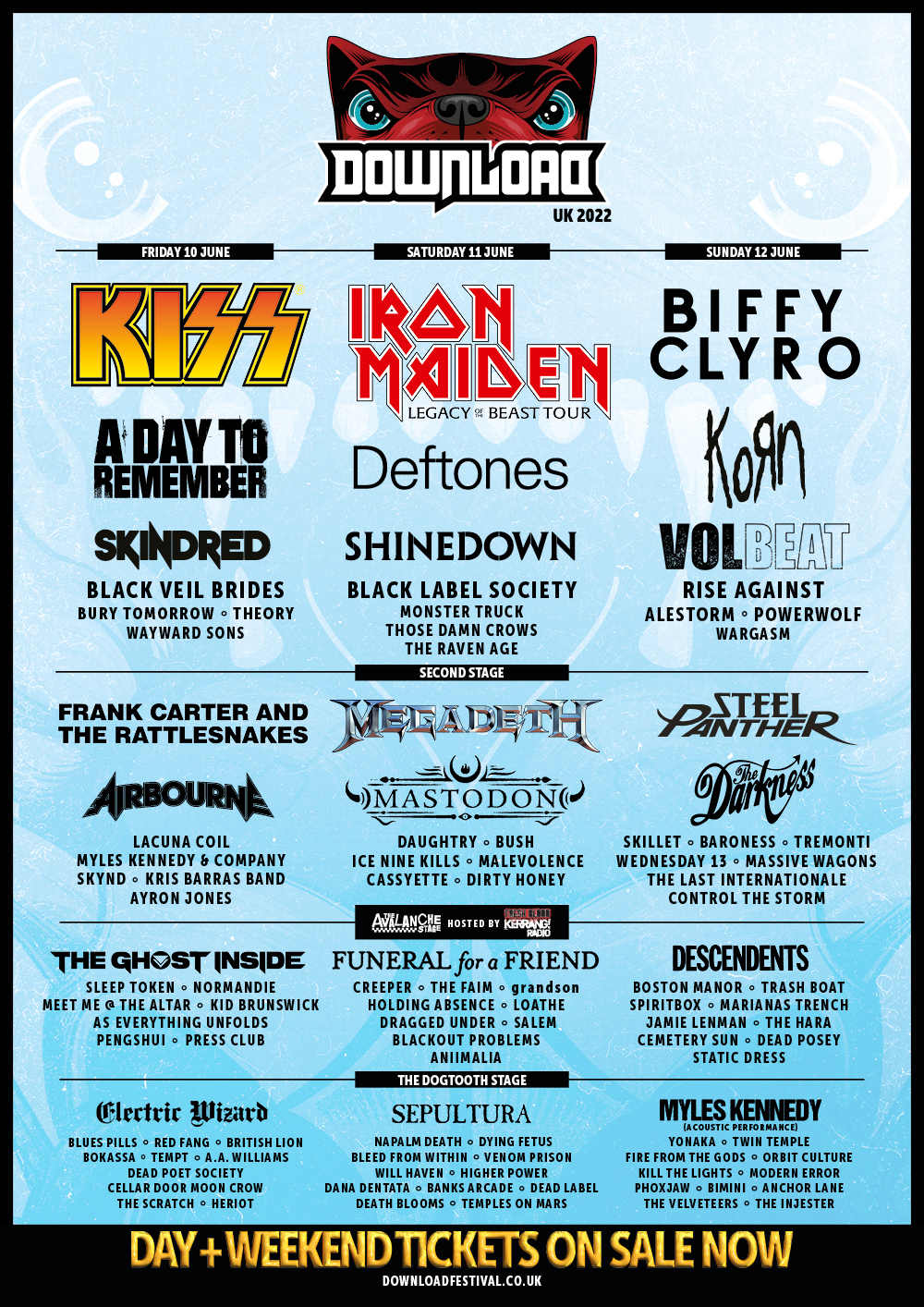 Following their massive headline set at last year’s euphoric and emotional Download Pilot event, it is announced today that Frank Carter & The Rattlesnakes will be joining this year’s Download festival, alongside four other new additions, including Napalm Death and PENGSHUi. Download 2022 is the big reunion of the rock community, as the festival makes its highly anticipated return with the first full-scale Download in three years and a gargantuan line-up of the world’s most exciting bands in rock, pop punk, hardcore, metal and much more. The three-day festival takes place on 10-12 June 2022 at the spiritual home of rock in Donington Park, Leicestershire. Tickets are now on sale via www.downloadfestival.co.uk/tickets

Frank Carter & The Rattlesnakes will be headlining the Second Stage on Friday, 10 June with their full-bodied, hard-hitting punk rock reinforced with a hard rock undercurrent. Also revealed today are the new additions of UK Grindcore pioneers Napalm Death, British rockers and one of the most exciting upcoming hard-rock acts Kris Barras Band, as well as PENGSHUi and their raucous fusion of punk, grime, metal, brass and beats. ANIILMALIA are set to open the Avalanche Stage on Saturday, 11 June after the gloriously heavy Somerset alternative rockers won the slot in Kerrang! Radio’s ‘The Deal’ competition.

The artists join the already packed line-up including the monumental KISS, who will be playing their last ever UK show on the hallowed turf of Donington Park, Iron Maiden and Biffy Clyro, alongside Skindred, YONAKA, Will Haven, Kid Brunswick, Bimini, Wargasm, Dana Dentata, A Day To Remember, KORN, Funeral For A Friend and many more.

With more than 100 acts already confirmed to return to Donington in 2022 for the first major festival of the season, Download Festival could not be more ready to reunite with its incredible community for the first time since 2019. For further information, please visit downloadfestival.co.uk.