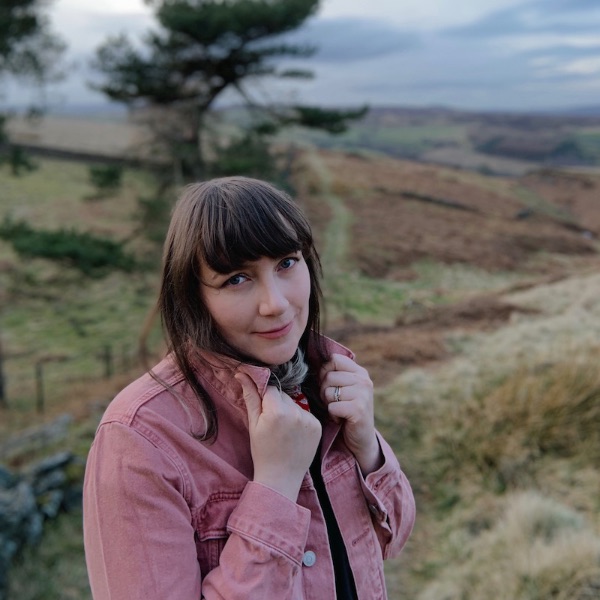 Having recently announced her new album ‘Honeymoon Suite‘ will be out June 17th via Hand Mirror, the label Harkin founded in 2019 with her wife, the poet Kate Leah Hewett, Harkin is today sharing the second single from the record with “A New Day“.

Speaking about the track, Harkin said “‘A New Day’ is a love song that sprang from glitter and grief. It feels apt to be releasing it in spring because it chronicles my journey from mourning the past to hope for the future.

The song itself grew from a pulsing sampler part I made from recording a charity shop keyboard that I’ve since given away to my friend’s daughter. It feels right that the instrument that birthed it should continue to circulate as this song will now.

When I was writing the lyrics, the twinkling keyboards made me remember something I read about why we humans are so drawn to glitter. That on a primal level it reminds us of the glint of clean water. The dance of beauty and utility inspires me greatly. I continue to look for clues.”

The album marks a significant shift for an artist who had previously built a career around collaboration. In addition to her own bands, Harkin has been a touring member of Sleater-Kinney, Wild Beasts, Flock of Dimes, and Kurt Vileand Courtney Barnett‘s Sea Lice. She performed backing vocals for Dua Lipa on Saturday Night Live. She dueted with comedian Sarah Silverman on ‘Tiny Changes: A Celebration of Frightened Rabbit’s The Midnight Organ Fight’. Her studio work includes contributions to Waxahatchee‘s ‘Out In The Storm’. Outside of the music world, Harkin has composed for Turner Prize-winning artist Helen Marten and British comedian Josie Long. She even has a Saturday Night Live sketch named after her (Fred Armisen‘s 2016 ‘Harkin Brothers Band’).

Harkin freely admits that the enormity of the task was no walk in the park for the first time producer. “Being my own mirror was ego-crushing at times; I knew these songs deserved extra gusto that I had to outsource.” That’s where the brass by Nate Walcott (Bright Eyes) and Aaron Roche (Lower Dens, Sufjan Stevens, Anohni, Flock of Dimes), slide guitar by J.R. Bohannon (Torres) and backing vocals by Sophie Galpin (Soft Lad, Self Esteem) came in, sent down the wire from their respective homes. It was even mixed and mastered remotely (mixed by Jeff T Smith in Leeds and mastered by Guy Davie in London).