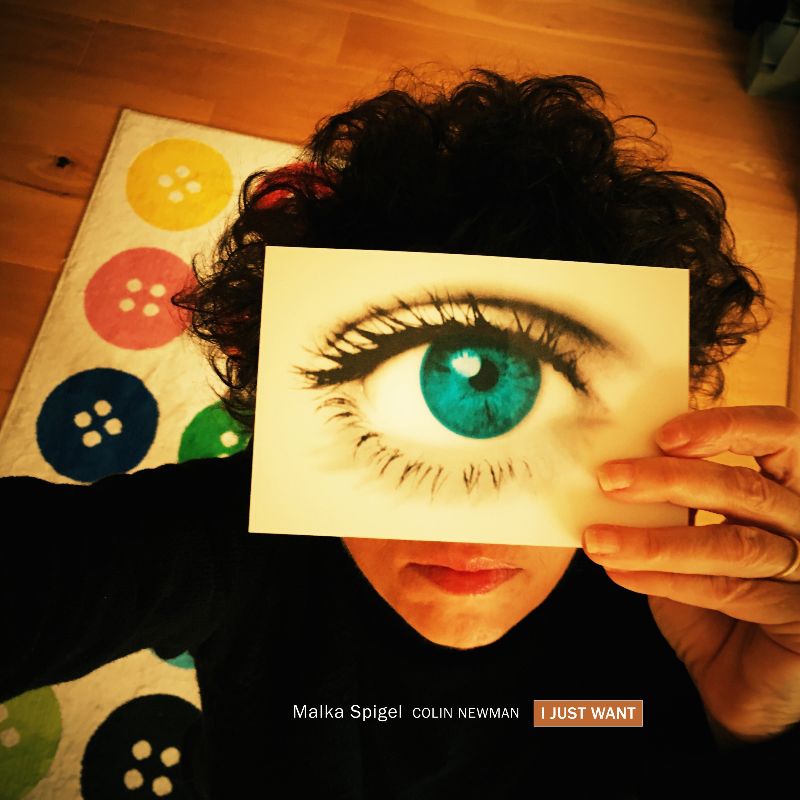 On June 3 Malka Spigel will release ‘Gliding & Hiding’ via Swim~ and today she has shared track  and accompanying video “I Just Want“.

‘Gliding & Hiding’ presents one of post-punk’s maverick spirits at her finest: Malka Spigel sprang to prominence as bassist and vocalist with the legendary Minimal Compact. She’s also an internationally acclaimed photographer and video artist. Alongside her partner and long term collaborator Colin Newman, she’s also one half of the electro-kosmiche duo Immersion. The pair are also members of the unique art-pop quartet Githead.

Yet often, Spigel’s most personal work is to be found on her solo albums.1993 debut Rosh Balata is a contemporary rock album sung in Hebrew, with 1998’s My Pet Fish showcasing an idiosyncratic amalgam of rock and electronics, whilst 2012’s Every Day Is Like The First Day is a full blown psychedelic pop record, with guests including Johnny Marr, Alexander Balanescu and Julie Campbell (aka Lonelady).

‘Gliding & Hiding’ gathers together Spigel’s gorgeous 2014 Gliding EP, with reworked tracks from the 1994 mini-album ‘Hide’. The result is a collection that ranges from sunshine pop, to minimal breakbeat techno, all the way to blissed out rock.

For the Gliding material, Spigel is joined by Newman, on guitar and keyboards,Ronald Lippok of Tarwater / To Rococo Rot on drums, and Gil Luz and Uri Frost of Mambas, on keyboards and guitar respectively, with additional guitars from Julie Campbell, and Matthew Simms of Wire. These songs began life as live recordings from a gig at London’s Lexington, but were then refined in the studio. Yet they retain the sound of a real band, bouncing off each other’s considerable talents.

Today, alongside the announcement she shares the track “I Just Want“ along with accompanying visuals. The track bursts into life with a kinetic rhythm, which tips its hat to drum and bass, even as it is enveloped by warm soothing waves of synth. It’s an unexpected and engaging combination which could only be the work of Spigel.

‘Gliding & Hiding’ serves as a career overview, whilst the reworked compositions prove how utterly contemporary her sound is. If you are new to the delights of Malka Spigel, this is the perfect place to dive in.

‘Gliding & Hiding’ will be released on June 3rd via swim~. Pre-order here.