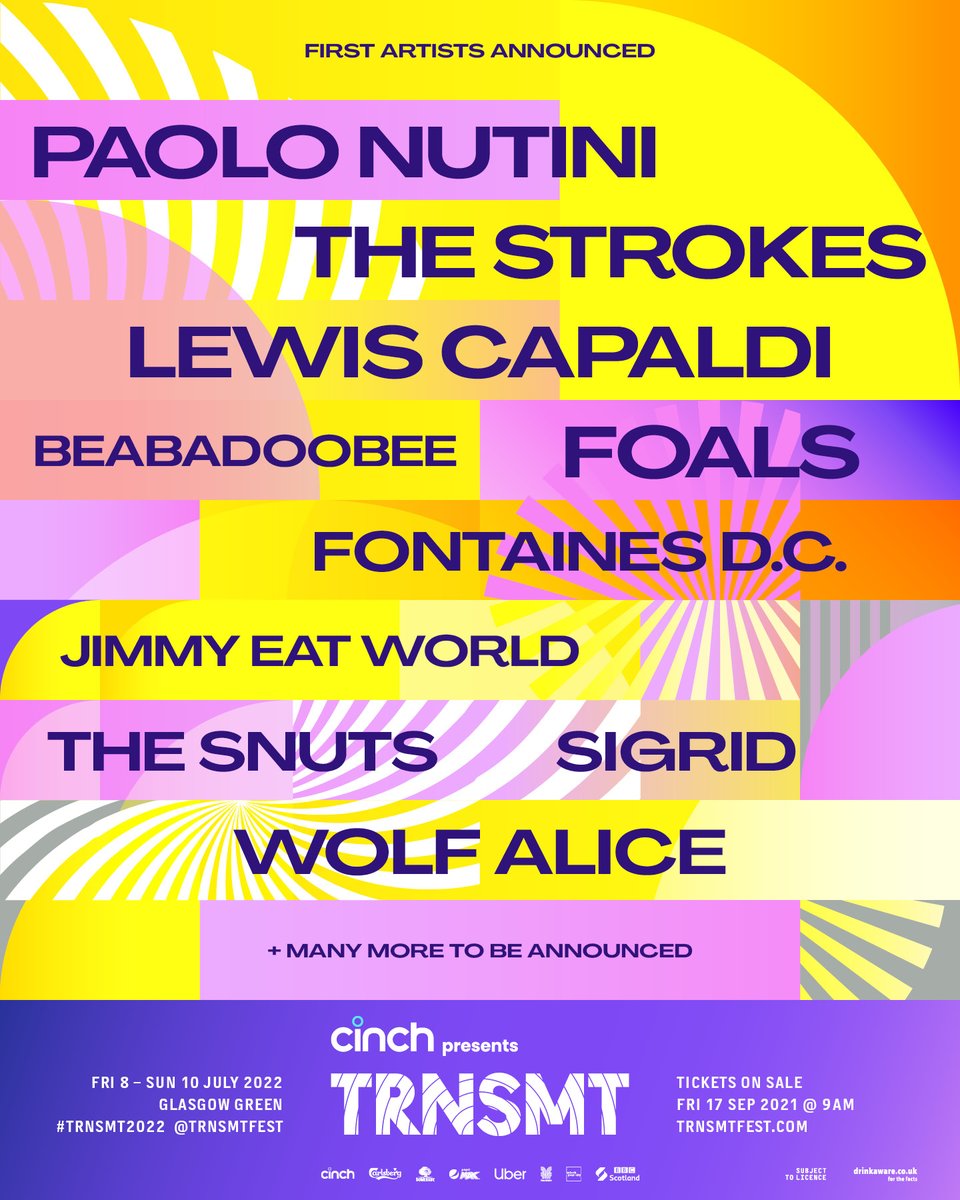 cinch presents TRNSMT Festival has today announced the final additions to this summer’s musical tour de force at Glasgow Green. Special guest Years & Years and Dylan will take the stage on Saturday 9th July, and will join the likes of The Strokes, Foals and The Snuts to complete this summer’s hottest festival line up, plus The Skinner Brother’s closing the River Stage on Friday night.

Pop favourite and TRNSMT special guest Years & Years, the solo project from Olly Alexander, is one of the most talked-about acts of the moment. Olly, who has become one of the world’s most trailblazing modern pop stars will step out in style on Saturday 9th July. Across three hugely successful albums to date, the singer, actor, and cultural vanguard has earned 5 Brit Award nominations, surpassed 5 billion global streams, plus playing triumphant shows at Glastonbury’s Pyramid Stage to The O2 Arena. Olly has had further cause for celebration when his third album, Night Call – released in January – reached number one in the charts.

Emerging artist Dylan, who has recently signed with Island Records, has built an army of supporters up and down with country with the release of her three outstanding singles “Nineteen”, “Someone Else” and “You’re Not Harry Styles”. The London-based, Suffolk-born singer-songwriter’s ability to pen a top song has earned her spots on the road withfellow TRNSMT acts Griff, and Thomas Headon. Playing cinch presents TRNSMT Main stage on Saturday 9th July, we’re bound to hear her biggest-sounding song yet, “No Romeo”, and her new EP of the same name.

Headlining the River stage on Friday 8th July are the riotous, rebellion-tinged British band The Skinner Brothers. Formed in 2018, They quickly gained notoriety after supporting the likes of The Libertines, The Streets and Kasabian. An indie band known for their unforgettable, blistering live shows, these guys are sure to be ones not to miss.