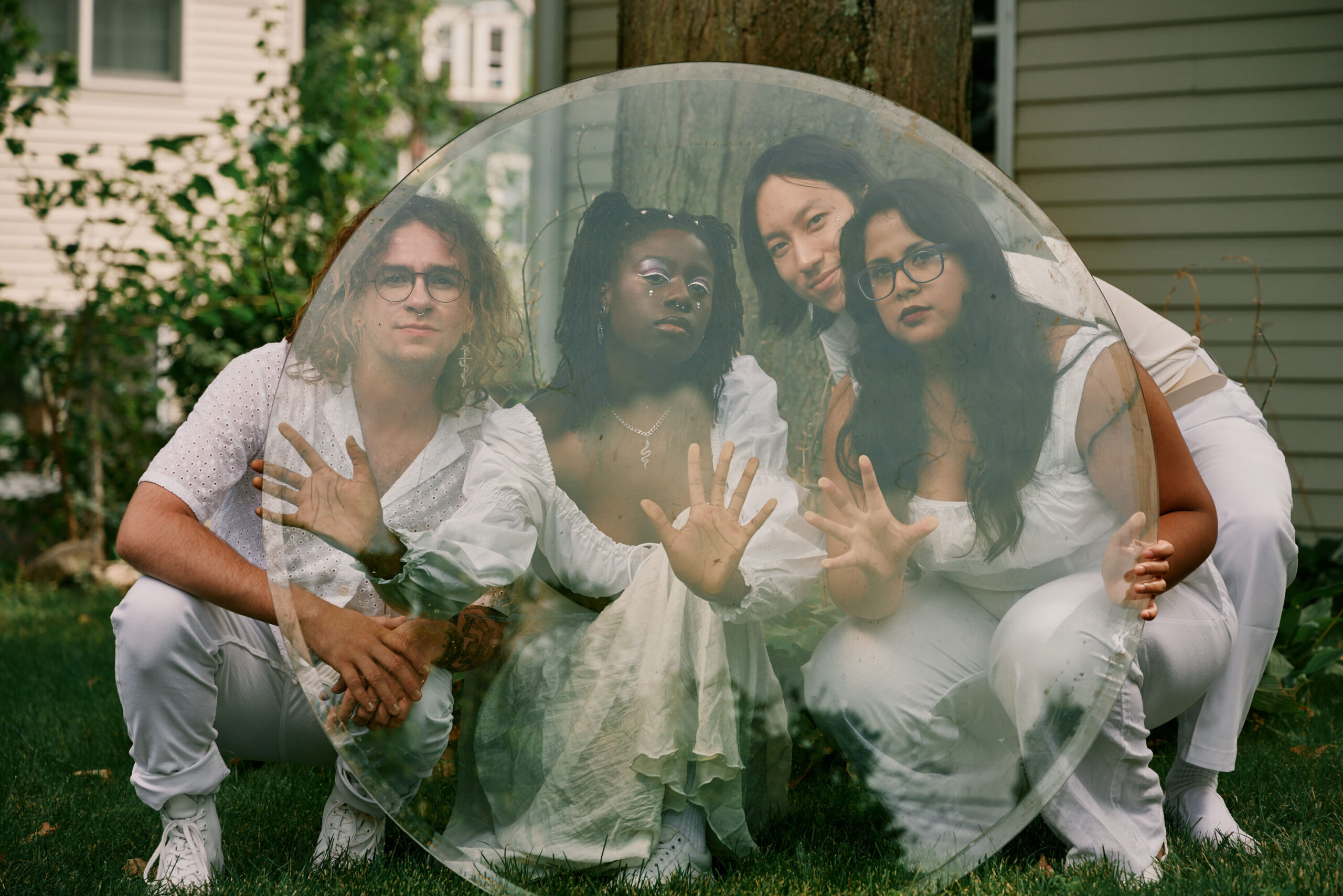 Staring down a world of possibilities, Mint Green‘s latest single “What I’m Feeling” is a song that’s lush and dreamy like the fantasy of a potential future, but intense like the arena rockiness that can sometimes come with the beginning of something new.

It’s the latest to be released from the Boston, MA band’s debut album All Girls Go To Heaven, out on June 3 from Pure Noise Records. Since opening a lush vein of rock with their self-released EPs Growth (2016) and Headspace (2018), Mint Green has formed a tender bond with listeners all over the dizzying highs of crushes, the sting of soiled relationships, and nagging bouts of self-doubt.

All Girls Go To Heaven centers around the idea of paradise, but instead of the palm tree sun-soaked image that comes to mind, it’s about discovering what that means to the individual, and how freedom can be found through introspection.

“Anyone can achieve this so-called “sacred” destination by simply believing that they belong there,” vocalist Ronnica explains. “Or rather, creating their own definition of what heaven is.”

All Girls Go To Heaven Tracklist

Mint Green are the refresh button. For indie rock, for the ever-expanding catalog of heartbreak anthems, and for days that just feel like utter garbage. Pick a subject — any subject — and the Boston band have revitalized it somehow, with a coolness that escapes legions of modern acts stuck retracing the same rut of rock music. Since opening a lush vein of rock on their self-released EPs Growth (2016) and Headspace (2018), the band has formed a tender bond with listeners over the dizzying highs of crushes, the sting of soiled relationships, and nagging bouts of self-doubt — each examined through Mint Green’s refreshing filter. In between performances across the U.S. and the U.K. the group’s colorful, punk-y perspective has earned them 3 Boston Music Awards nominations on their home turf: New Artist of the Year, Alt/Indie Artist of the Year, and 617Sessions Artist of the Year. Their 10-track debut LP All Girls Go To Heaven drops June 3 via Pure Noise Records and promises to whisk you away to a dreamier place.