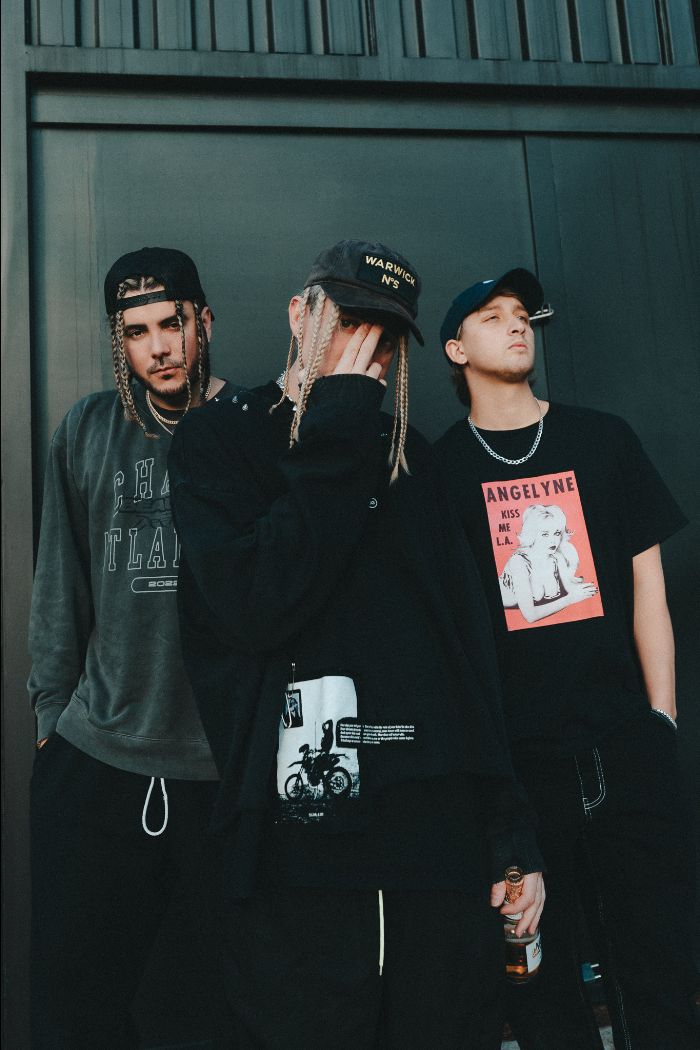 With reminiscence and reflection on earlier days; songs like “COLD NIGHTS” allow the listener insight to more difficult and deeply lonely times in Chase Atlantic’s life. A feeling of being lost in an intense, overly-stimulating new city and lifestyle, with the weight of the world being shouldered almost independently.

To tracks such as “STRANGER THINGS” where Chase recall the reckless, fast-paced years of becoming a product of their surrounding environment.

With time back home in Australia to open up the archives and delve into past sounds; the group was able to comprise nostalgic melodies, percussion, and unique chord progressions similar to the early days spent in Los Angeles curating their now infamous sound.

“There will always be uncertainty; but the commitment and resilience to overcome these obstacles is what makes each song perfectly unparalleled in every conceivable way.”

The mood changes drastically, and each track is beautifully chaotic in its very own realm. Yet however they choose to approach their music; they continue to exceed all expectations while staying true to their iconic sound and impeccable sonic value that is Chase Atlantic.”

In addition to the new release, Chase Atlantic has today announced their summer North American Headline Tour featuring support from Leah Kate and Xavier Mayne. The six week run kicks off on July 6th in San Francisco, with stops to follow in Denver, Chicago, Toronto, Boston, New York, Nashville, and more, see full routing below. The band looks forward to returning to the stage following last year’s nearly sold-out headline tour in support of their album BEAUTY IN DEATH. Artist presale and VIP packages will be on-sale today at 12pm ET, with general on-sale starting this Friday, 6th May at 10am local time. For more information or to purchase tickets, please visit https://chaseatlantic.com/.

Chase Atlantic is continuing their ascent into the music and pop culture stratosphere. They recently covered Alternative Press and Rock Sound and have garnered critical acclaim from Ones to Watch, Billboard and Pop Dust. The trio has reached a monumental 10.29M monthly listeners on Spotify and over 775k followers on TikTok.

The band has toured in over 15 countries, selling out venues such as Webster Hall in New York, Kentish Town Forum in the UK and The Regent Theater in Los Angeles, in addition to gracing the stages of high-profile festivals such as Bonnaroo, Lollapalooza and Reading and Leeds.

Chase Atlantic’s Fearless Records debut BEAUTY IN DEATH, which landed at No. 2 on the Alternative New Artist Chart, is out now. The band has accumulated over two billion streams across all platforms worldwide, including 100 million for BEAUTY IN DEATH.